While city leaders were voting to spend more money on reducing violent crime, three people were shot across the city. 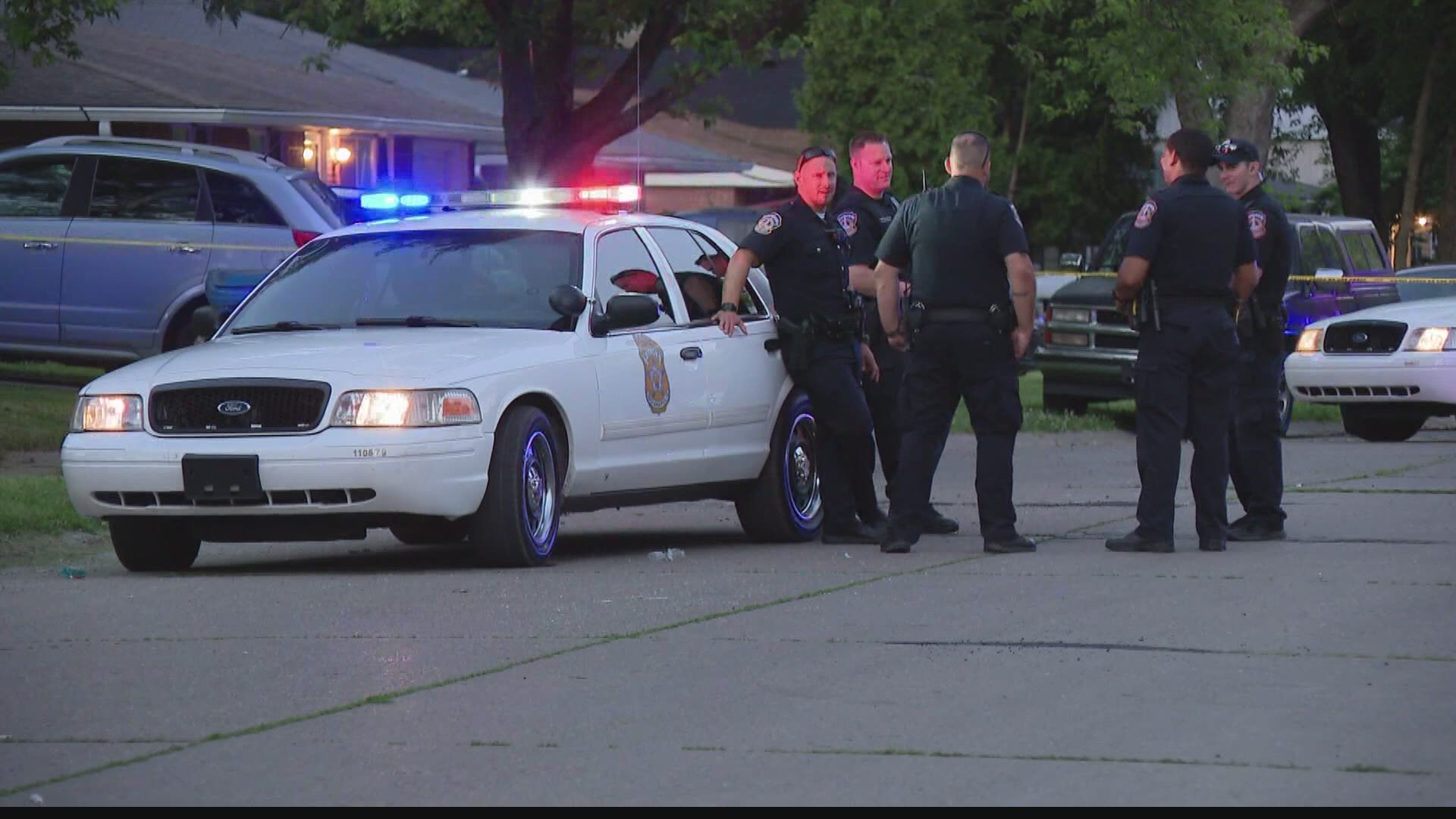 INDIANAPOLIS — City leaders, in search of solutions to the recent spike in deadly shootings, have adopted a proposal that dedicates $3 million to preventing violence throughout the area.

The Indianapolis City-County Council met Monday night to vote on the proposal. During their meeting, police say three more people were shot in the city, one of them fatally in a drive-by shooting.

It's violence like this, city leaders hope to be able to target with the Mayor's new violent crime initiative.

In a vote of 23-2, the council approved the proposal that would give $3 million to fighting crime in Indianapolis.

$1.5 million will go to the Indianapolis Metropolitan Police Department. The rest of that money will be invested in community organizations that address mental health and trauma, youth services, and intimate partner violence prevention programming. It will also go to enhancing data infrastructure to facilitate real-time violence reduction strategy and additional staffing at the Assessment and Intervention Center.

Council has adopted Prop 182, which approves an additional appropriation of $3.3M in the 2021 Budgets of the Information Services Agency, @IMPDnews, and @IndyOPHS to support a collective community approach to public safety

All of these investments are part of Mayor Joe Hogsett's criminal justice reform strategy.

Proposal 182 was based on engagement with community-based organizations, residents, council members, and the New York University Criminal Justice Lab, which called for updated, data-driven strategies on how to schedule, inform, and deploy officers and establish better relationships between IMPD and the community.

“Over the last five years, the city has been squarely focused on data-based solutions to violence and programming that addresses the long-term, root causes of crime,” said Mayor Hogsett. “As cities across the country also see alarming increases in gun violence, we must continue to seek innovative, localized solutions to tackling this multilayered issue. This set of investments is vital to continue moving those efforts forward.”

Monday's vote to pass the proposal came amid calls from some to do just the opposite and instead defund the police and put more money toward community programs.