India the tiger getting adjusted to new home

The 9-month-old tiger cub is now in the hands of experts at the Cleveland Armory Black Beauty Ranch in the North Texas town of Murchison. 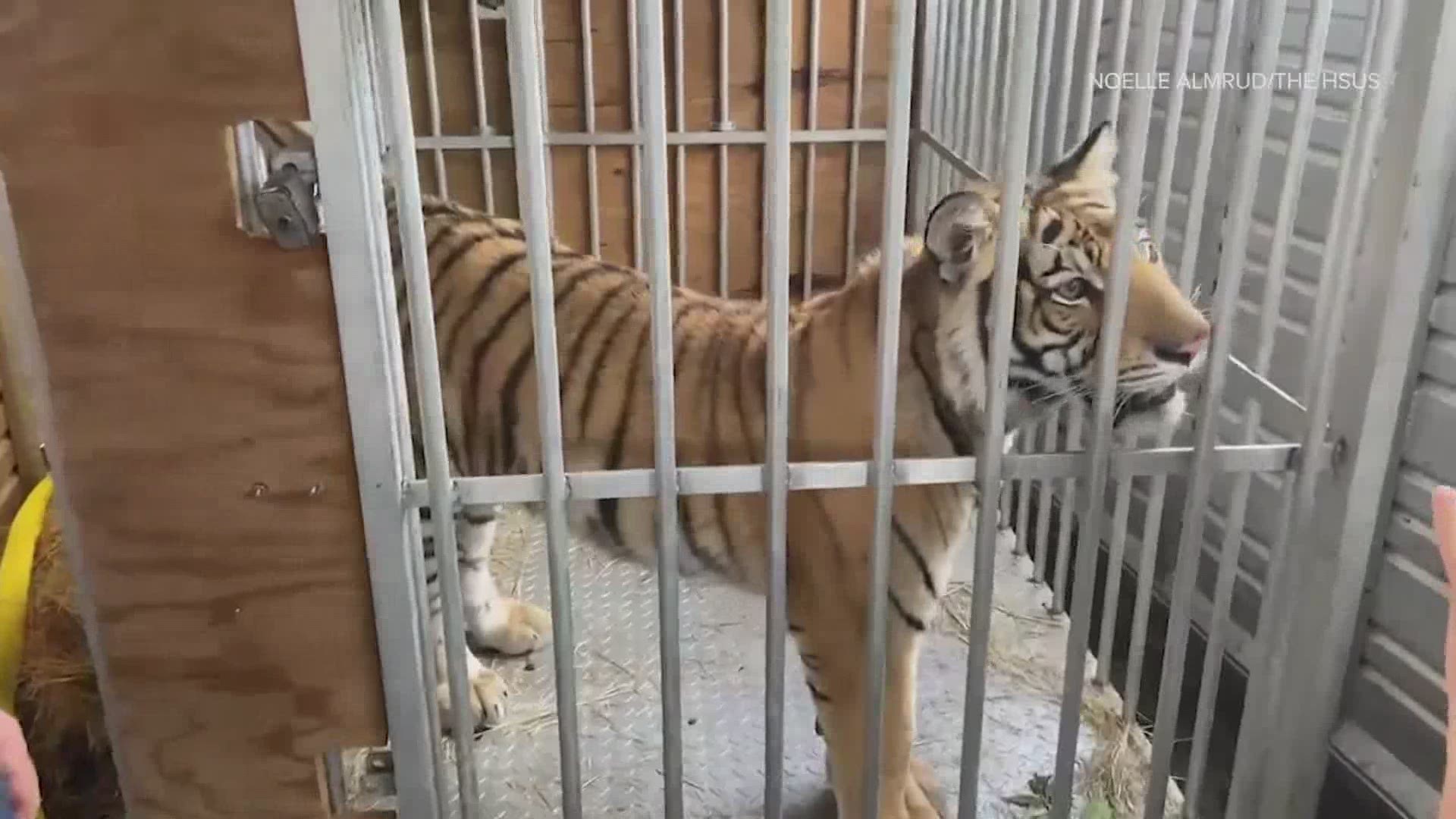 HOUSTON — India the tiger is getting used to his new environment at a wildlife sanctuary in North Texas.

India was found last weekend after being missing for several days after he was spotted walking around a west Houston neighborhood on May 9.

The 9-month-old tiger cub was taken to the Cleveland Amory Black Beauty Ranch, which is near Dallas.

RELATED: 'India' the tiger to be taken to North Texas animal sanctuary after being turned over to Houston police last night

So, how do you situate a tiger into a new home?

Almrud said India will stay inside his cage for at least a couple of days. He will eventually be transferred to about a half-acre of land he will have all to himself.

"After living in a house for so many months, he might not be ready to live in such a good space and we want to give him time to acclimate on his own terms," Almrud said.

India will no longer wear a collar and won't be treated like a pet. He's now in the hands of wildlife experts.

India will be quarantined for at least the next 30 days to make sure he's not carrying any viruses or diseases.

Houston police said India belongs to Victor and Gia Cuevas. Victor Cuevas was seen on video taking India into a west Houston home on May 9. Police said the tiger appears to be unharmed and in good health.