On Feb. 12, 2015, three masked men robbed an armored Brinks truck outside a Capital One Bank on Westheimer near Chimney Rock. Three years later, a Houston family is still waiting for answers. 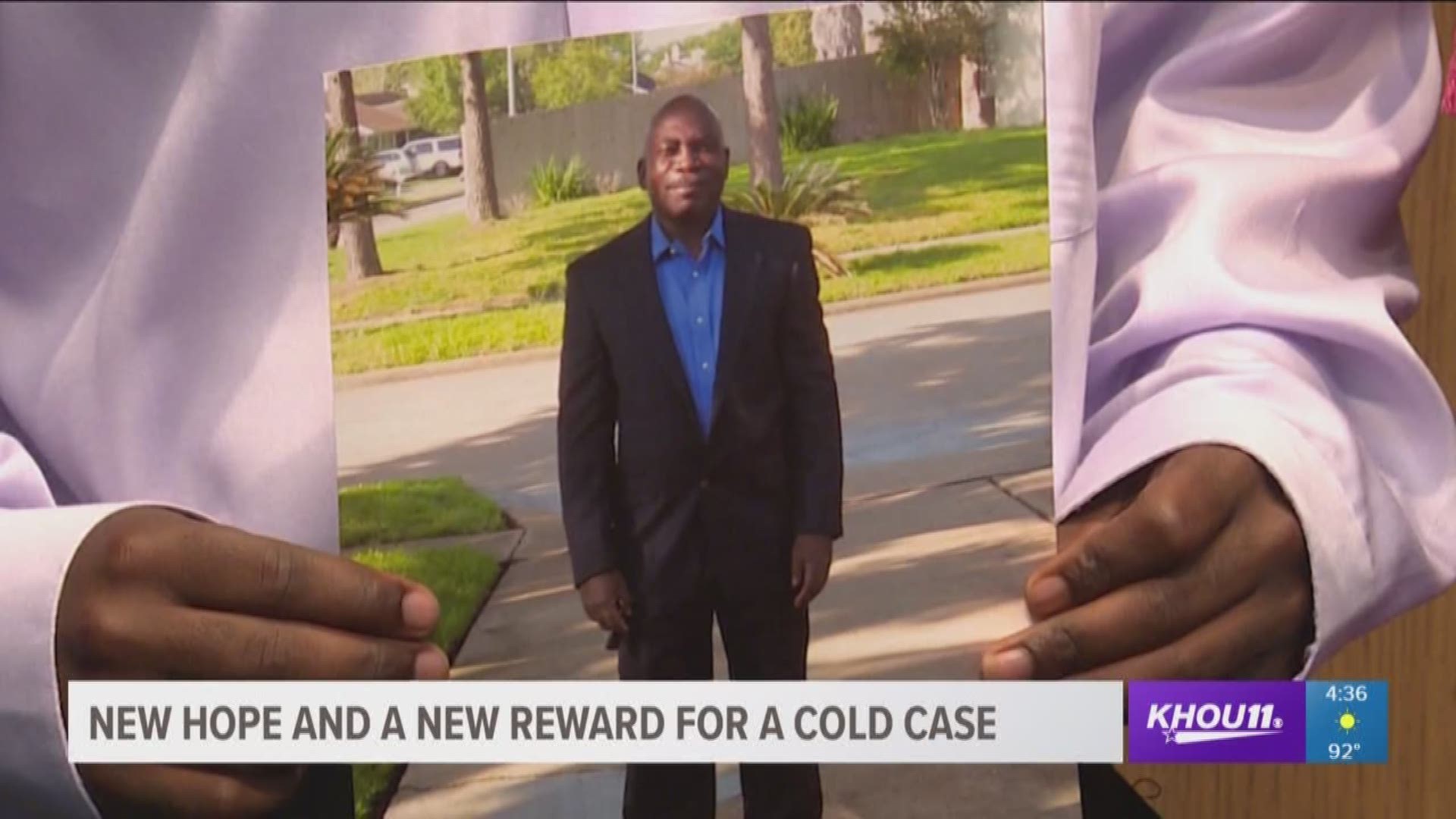 HOUSTON — It was a violent crime in the middle of the day in the Galleria.

On Feb. 12, 2015, three masked men robbed an armored Brinks truck outside a Capital One Bank on Westheimer near Chimney Rock.

One of the armored truck guards, Alvin Kinney, was killed.

The suspects got away, which is why Crime Stoppers has now increased its reward in the case to $105,000.

“We loved him, and he loved us. He didn’t deserve that day,” said Rosalind Kinney, the victim’s widow.

The Kinney family spoke publicly for the first time Wednesday during a joint press conference with Crime Stoppers, Houston Police and the FBI.

The Houston husband and father had been a guard for 20 years. He’d never run into trouble before.

“He was a good man. He was a good family man. He took care of his family. He lost his life doing what we do every day, going to work and coming home. That was the day he did not come home,” Rosalind Kinney said.

Police say the shooters were in a stolen F-250 truck. It was ditched it in a nearby garage.

“During this investigation, the identity of the suspects has not yet been confirmed,” said detective John Park with HPD.

However, investigators have made one big breakthrough.

The same stolen truck was used during two other armored truck robberies. The first crime it was linked to occurred in February 2014 where another guard was shot but survived at a Wells Fargo in the 9900 block of Almeda Genoa.

It was spotted again that July during a robbery outside another Capital One in the 8500 block of South Main.

Police say the suspects got away with cash in all three cases.

The Kinney family is urging anyone with information to come forward so they can finally get justice for Alvin.

“It’s time. It’s time for us to know what happened to Alvin, because he mattered,” Rosalind Kinney said.

Anyone with information about the suspects should contact Crime Stoppers at (713) 222-TIPS.