'It’s traumatic' | Looking at the impact of the YES Prep Southwest school shooting on students, administrators

On Friday, 25-year-old Dexter Kelsey shot his way inside the school and then shot principal Eric Espinoza in the back, according to investigators. 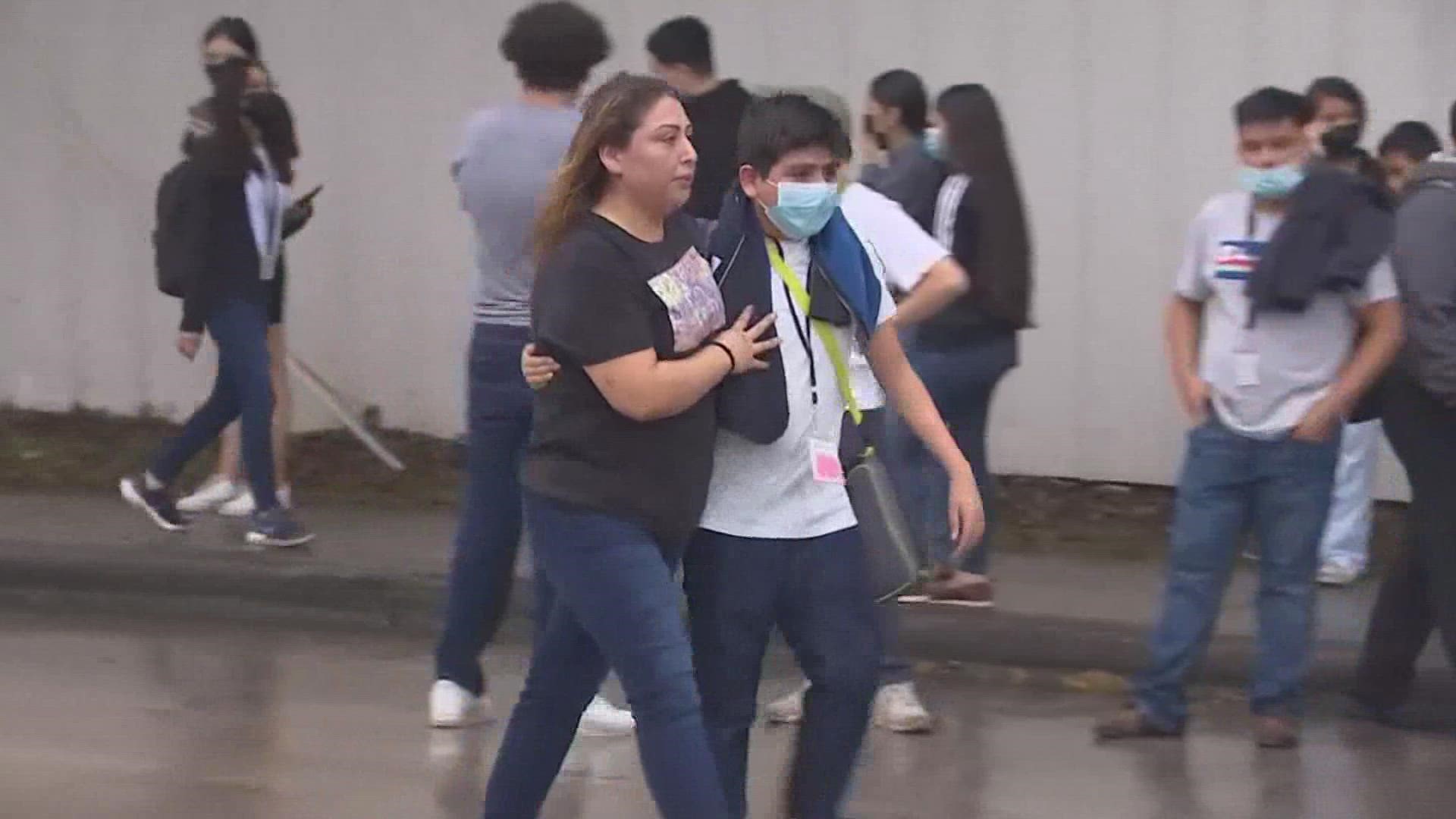 HOUSTON — It has been two days since a former student opened fire at YES Prep Southwest.

Police said 25-year-old Dexter Kelsey tried to open the front doors of the school on Friday, but they were locked so he shot his way through. When he got inside, police said, he shot principal Eric Espinoza in the back.

RELATED: YES Prep suspected shooter was looking for staffer he's held a grudge against since 2015 — not the principal, court says

Kelsey has been charged with deadly conduct and aggravated assault against a public servant. According to a law enforcement source, Kelsey confessed to the shooting, telling police he was hearing voices and was not after the principal, but rather a different staff member.

KHOU Mental Health Expert Bill Prasad works as a crisis response counselor in the wake of mass shootings. He said that in the immediate aftermath of such a painful experience, students might be on edge.

RELATED: 'I was hiding for my life' | Students describe fear, chaotic scene after shooting at YES Prep Southwest

“It’s traumatic to go through this and certainly there’s a good possibility that feeling of shock is still with them,” Prasad said. “At times they will be hyper-vigilant, meaning that maybe a noise, a bang, might startle them.”

More than 900 students were at the school at the time of the shooing and none were injured.

Prasad said parents who waited anxiously to reunite with their children can also experience trauma. He said having patience is the key.

“It’s very difficult to watch a child suffer, but in these situations, you can’t just make all those feelings go away,” Prasad said.

He said to focus on the right things.

“What is,” most notably being that no one was killed.

RELATED: 'When I was growing up none of this happened' | Parents, family members react to shooting at YES Prep Southwest

“These we’re heroic moves made by the administrators, teachers, the principal in this particular case. So we need to thank them for that,” Prasad said.

The school is providing counseling services and classes are canceled from Monday to Wednesday.

Kelsey is expected to appear in front of a judge Monday. Here's a video of Kelsey's parents reacting to the news: