Despite missing deadline to reveal whereabouts of children, still no charges against Rexburg mom

Rexburg police confirmed on Monday that no arrest warrant has been issued for Lori Vallow. 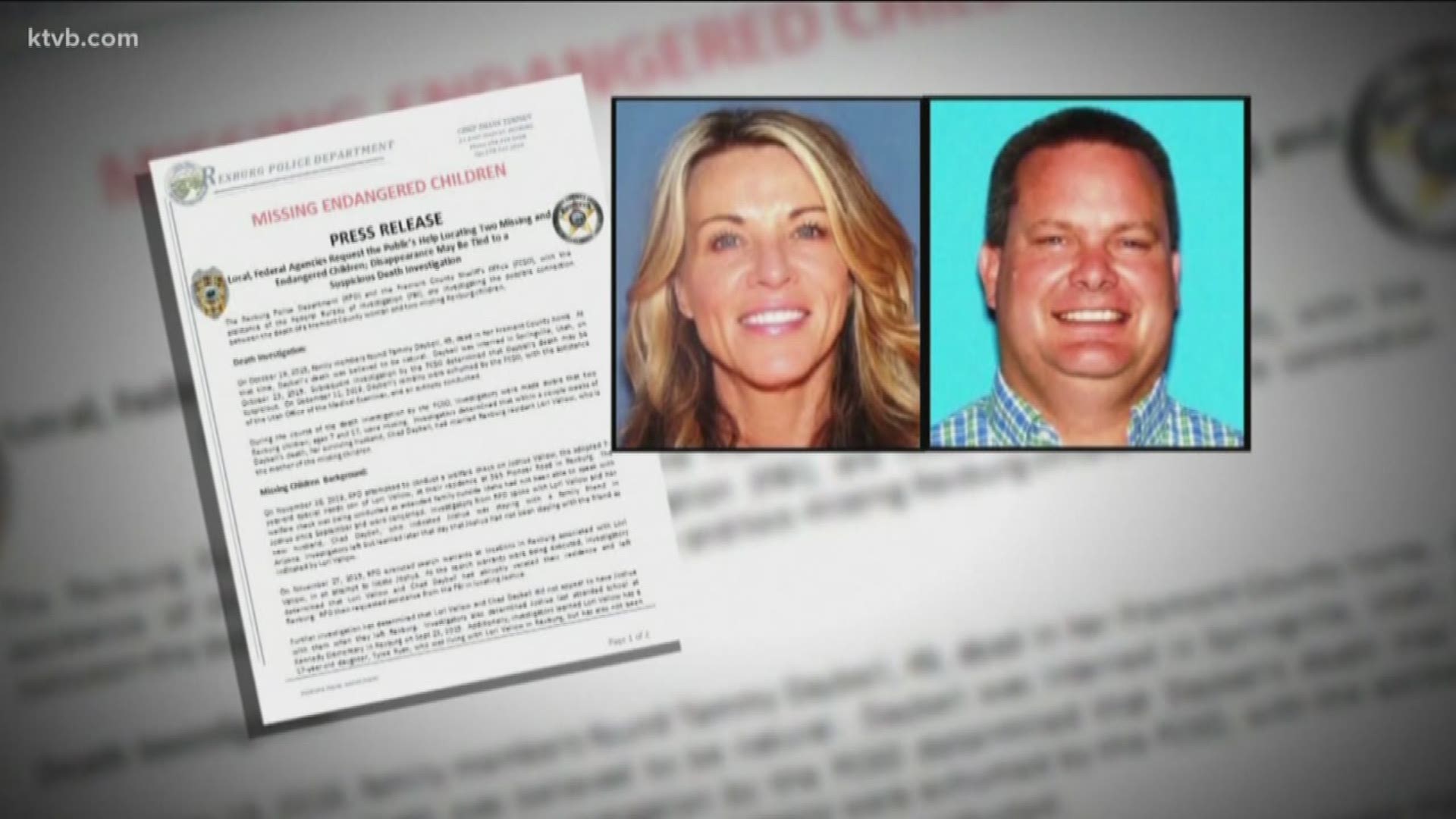 Their mother Lori Vallow and her new husband Chad Daybell are still in Hawaii, despite being served a court order to bring her kids to authorities in Idaho.

Rexburg police confirmed on Monday that no arrest warrant has been issued for Vallow.

Many questions remain about this complex case. With the deadline to produce the children passed, many are wondering why Vallow has not yet been arrested.

RELATED: Court documents detail what will happen to missing Rexburg children if or when they are found alive

Ultimately, there may not be much that law enforcement can do at this point. Vallow denied the court order, and she could be charged with contempt of court, but that may not be enough to bring her back to Idaho.

And with seemingly very little evidence, police may not have enough to charge her with a more serious crime.

"The simple answer is that extradition generally only applies to treason or felonies in our state," said former Idaho Attorney General David Leroy. "To fail to obey a court order to produce the children is typically a contempt of court in a civil nature and not a crime in Idaho. However there is a statute in Idaho that makes woeful disobedience of a court order a potential misdemeanor."

The Fugitive From Justice Act allows for someone to be extradited for "treason, felony or other crimes." On the basis of "other crimes," Leroy says prosecutors could potentially have a case.

"Typically we extradite only on felonies but Idaho law, upon a very broad and unusual reading, could allow that extradition on a misdemeanor," he said.

RELATED: 'They don't deserve this:' As deadline looms, location of missing Rexburg kids remains a mystery

According to Leroy no one, at least in recent memory, has ever been extradited to Idaho for a misdemeanor.

"It would be very atypical for that to happen," Leroy said.

As for why no arrest warrant has been issued, only law enforcement and prosecutors working on the case know the answer. And they're not talking.

Idaho law requires that there must be probable cause that a crime was committed and enough evidence for a criminal charge to be filed.

"If there is such evidence and independent charges are filed then it becomes easier to extradite someone," Leroy said. "But that's all speculation at this point. Obviously, were that an easy case to make or they already had the evidence, those charges would probably have been already filed."

If extradition were to happen, the paperwork would have to go through both the Idaho attorney general and the governor's office, which said on Monday that no paperwork has been filed so far.

RELATED: Brother of missing Rexburg kids speaks out after their mom fails to produce her kids to law enforcement

See all of the latest coverage of the missing Rexburg kids in our YouTube playlist: