The train left Houston for College Station on Friday morning. 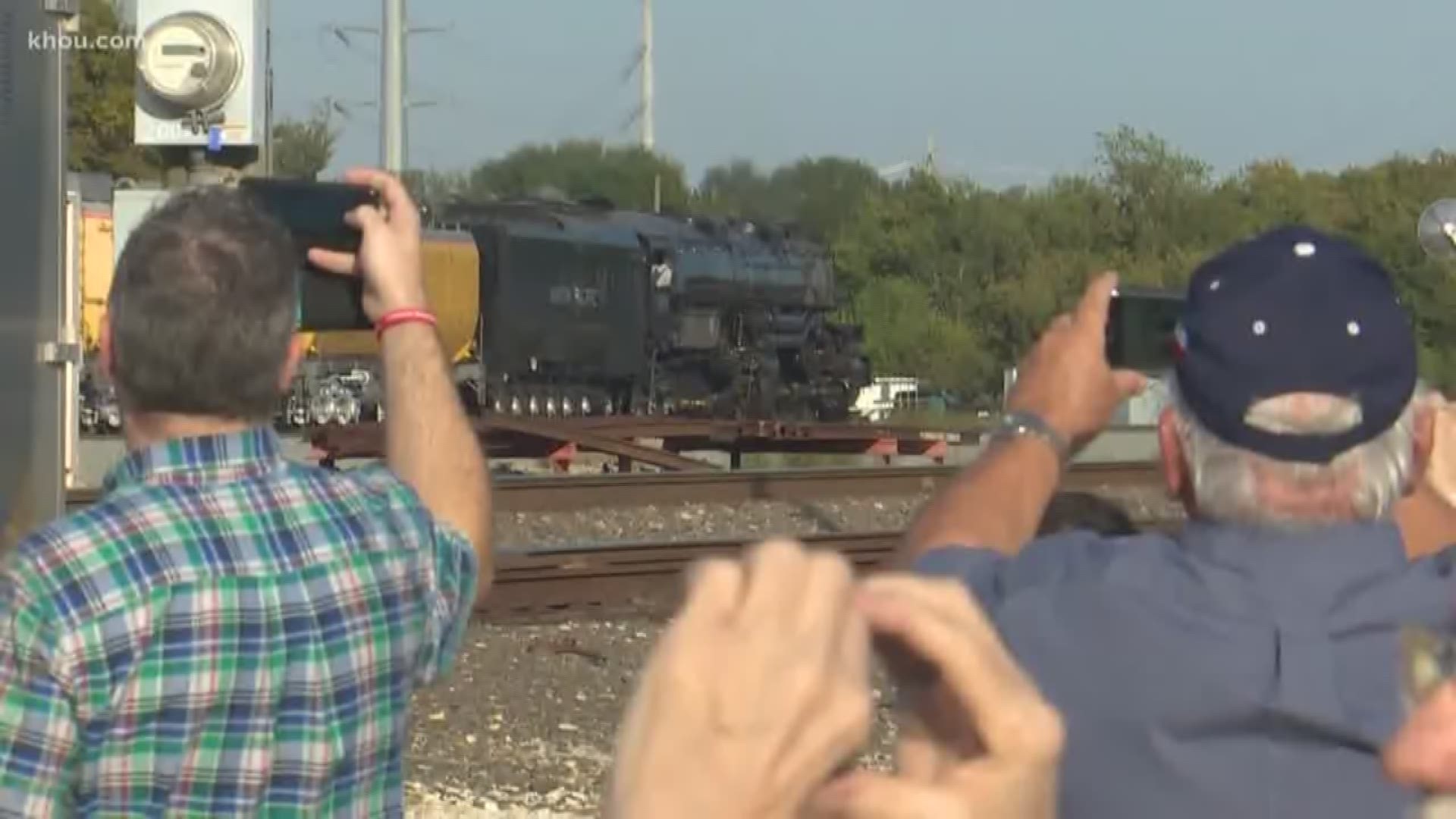 HOUSTON — Union Pacific’s historic Big Boy No. 4014 steam locomotive is making its way through the Houston area as part of a tour throughout the United States.

The train went through Richmond and Rosenberg Wednesday afternoon. It is set to dock around 7 p.m. Wednesday at the Houston Amtrak station at 902 Washington Avenue.

People will be able to see Big Boy at the station from 9 a.m. to 3 p.m. Thursday at the Houston Amtrak station.

Twenty-five Big Boy locomotives were built for Union Pacific in 1941. They were made to handle steep terrain between Cheyenne, Wy. And Ogden, Utah.

Today, No. 4014 is the only operating Big Boy of the eight still in existence. It is also the only one Union Pacific still owns.

After a restoration project that took more than 2 years, No. 4014 took an upper Midwest tour and a trip to Ogden to celebrate Union Pacific’s 150th anniversary. During that stop, the Big Boy and historic steam locomotive Living legend No. 844 met nose-to-nose to create the image taken May 10, 1869, when the last spike was put into place at Promontory Summit. That moment marked the creation of America’s first transcontinental railroad.