Emergency responders, vets and volunteers worked in the dark and rain to help safely handle the animals. Out of the 29 horses that were in the trailer, 14 died 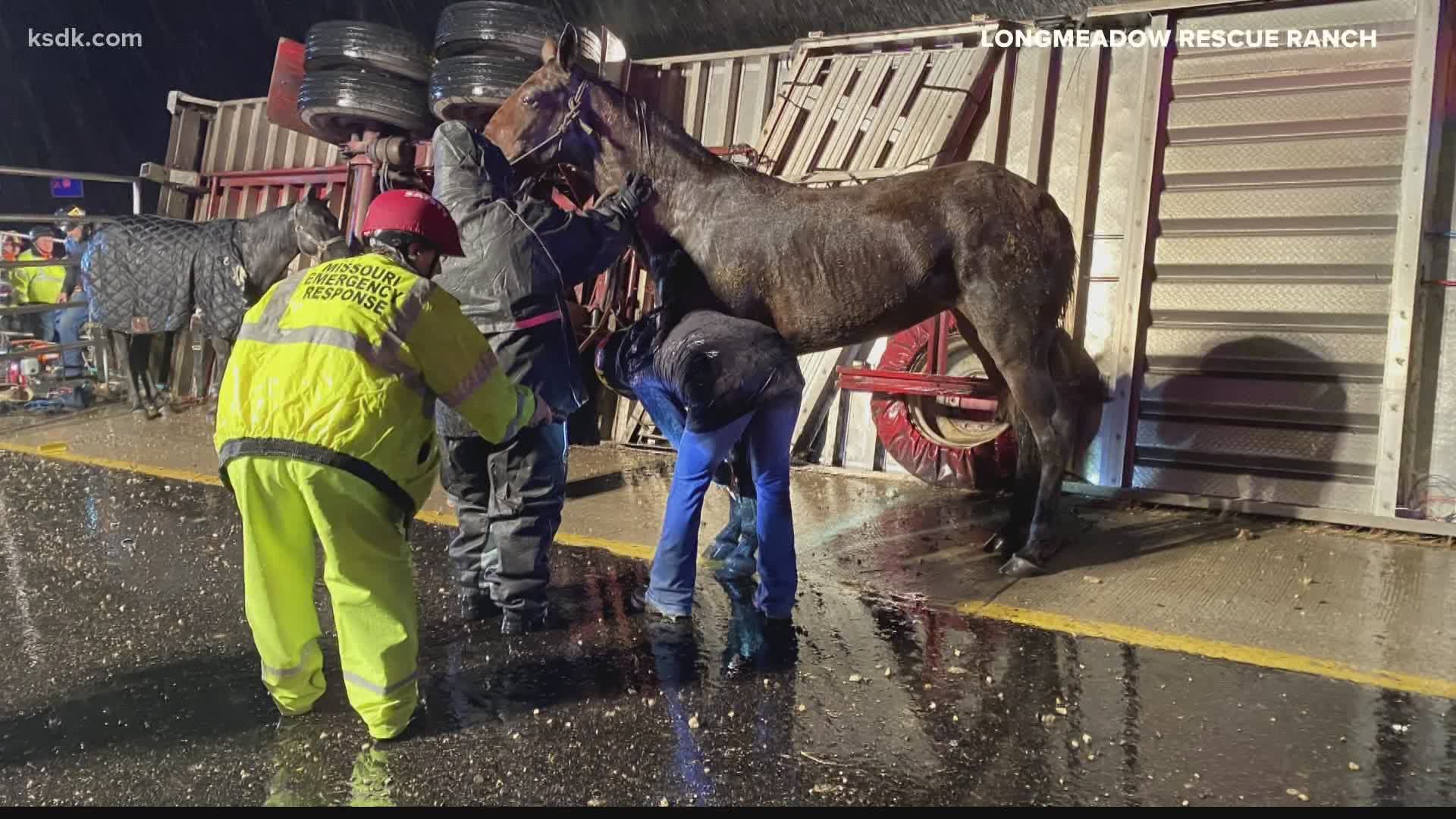 FRANKLIN COUNTY, Mo. — More than a dozen horses were killed or had to be euthanized after a tractor-trailer crashed on Interstate 44 Sunday night.

Emergency crews were called at about 8:12 p.m. to the westbound lanes in Franklin County. A truck hauling 29 horses had crashed; the trailer was on its side in the median.

Crews closed the westbound lanes from the Union exit to the Washington exit for several hours while emergency responders secured the scene; drivers were warned to be cautious of horses in the area. Several teams of veterinarians and animal experts arrived to help safely handle the animals in the dark in conditions that were far from ideal.

“Nine MERS members worked determinedly in the rain, poop and mud in a confined area with 1000lb+ animals that were confused, injured and scared,” the Missouri Emergency Response Service (MERS) – Large Animal Rescue wrote on Facebook.

The Humane Society of Missouri provided fencing and panels to help contain, evaluate and treat the horses, MERS reported. Trailers also were brought in to take the injured horses to a vet clinic or HSMO’s Longmeadow Rescue Ranch.

Eleven horses are at Longmeadow and are suffering from shock, deep skin and leg abrasions and lacerations, head and eye trauma and back injuries, the HSMO said.

Four horses are being cared for at Homestead Veterinary Hospital.

Out of the 29 horses that were on the trailer, 14 were killed in the crash or had to be euthanized.

It is not clear why the horses were being transported, HSMO said.

There were no major injuries reported to anyone who responded to the scene, MERS said. The truck driver wasn’t seriously injured.

Westbound I-44 reopened to drivers shortly before 4 a.m.