'I love you for all of time': Woman sends warning when dog dies after swimming in Lady Bird Lake

A dog named Ollie started showing symptoms less than an hour after being out of the water, his owner said in a Facebook post that has gone viral. 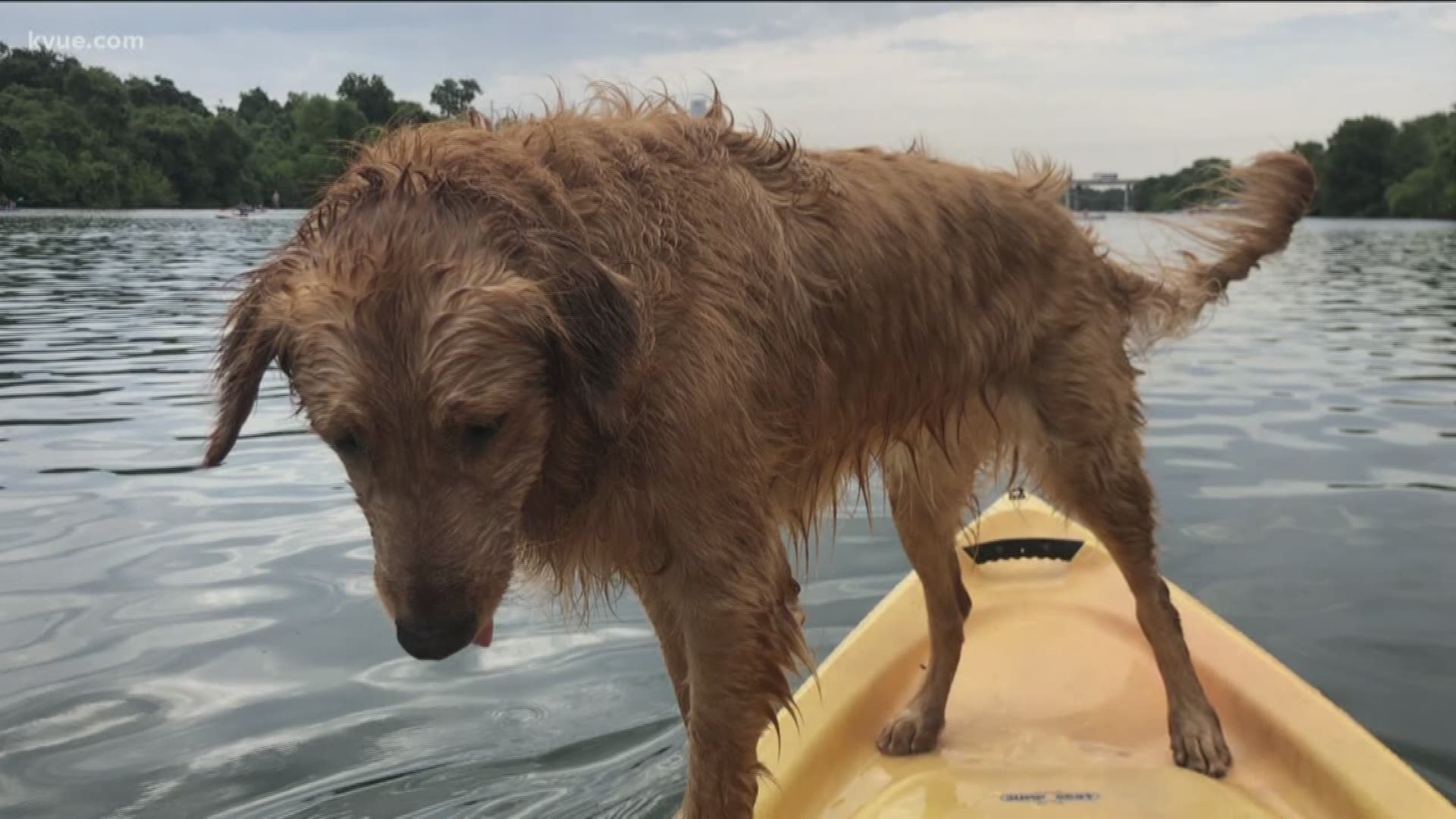 AUSTIN, Texas — One Austin woman is warning other pet owners in a viral social media post after she said her dog died suddenly following a kayaking trip to Lady Bird Lake.

On Sunday, reports about harmful blue algae in the water began spreading. KVUE reached out to the city on Monday after two dogs reportedly died after swimming in the lake.

A city spokesperson told KVUE the algae in question is called blue-green algae. On Wednesday, the City announced it had closed Red Bud Isle after tests showed the algae could produce harmful neurotoxins. Signs were placed at Auditorium Shores and at Red Bud Isle on Sunday.

In a public Facebook post from Tuesday, Brittany Stanton shared the heartbreaking timeline of events before her 2-year-old golden retriever's death Saturday. In about 24 hours, the post had been shared 14,000 times and had been commented on more than 5,000 times.

Oliver – or Ollie, as Stanton nicknamed him – was enjoying a swim while she was kayaking in Lady Bird Lake.

It was the first time the pair had ever been to Lady Bird Lake. Stanton described it as her "last hour with him that would be filled with happy memories."

"He's been out to multiple places. We just hadn't gone kayaking yet," Stanton told KVUE in an interview.

After their hour-long stay at Lady Bird Lake, Stanton then went to Zilker Park to get more playtime in for Ollie. Not more than 30 minutes later, Ollie started showing signs that something was wrong, she said.

Stanton shared that Ollie's back two legs starting giving out. After attempting to get back up, Ollie's four legs collapsed and he began panting, she said.

"Our eyes met at the same time. It was just him and I, and I was clearly watching him ... and just this weird feeling in my chest came about," Stanton said.

Other parkgoers ran over to help and started cooling Ollie's body. Stanton said she rushed to her car, calling her boyfriend and searching for a nearby emergency vet. Ollie was carried into Stanton's car and one woman got into the backseat to continue cooling him off, she recalled.

The woman began giving Ollie CPR and continued to do so until they arrived at a vet. She said that doctors intubated Ollie and continued CPR for more than 10 minutes but to no avail.

"He was very healthy so for this to happen all so fast is really hard to take in," Stanton said while holding back tears.

She believes the blue-green algae may have killed Ollie. And as the city warns other pet owners to keep their pets out of Lady Bird Lake, so does Stanton.

WATCH: Pets urged to keep out of Lady Bird Lake due to algae testing