Feast was shot and killed in early December during an encounter with La Marque PD officer Jose Santos. 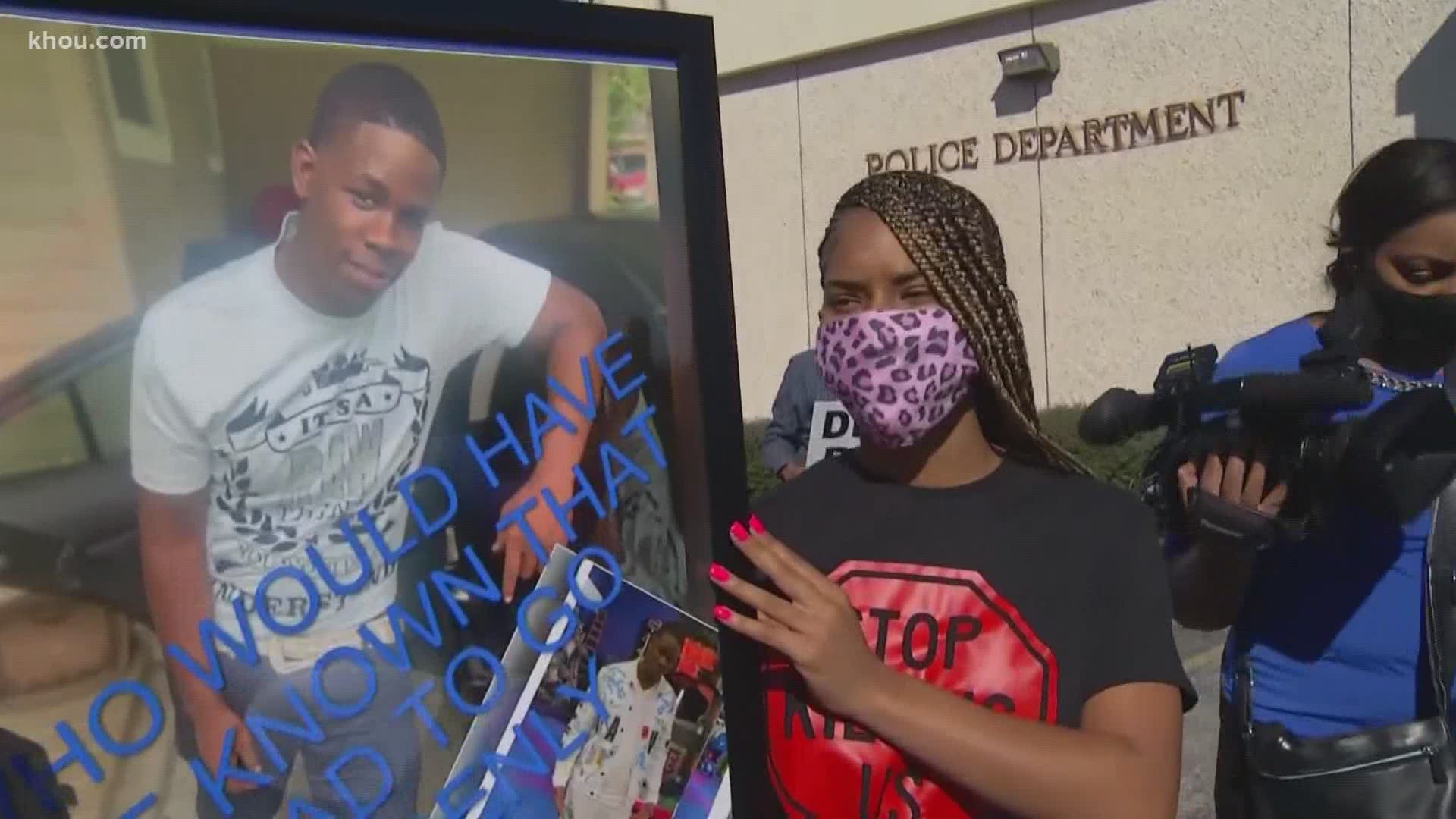 LA MARQUE, Texas — Keeping pressure on the police was the point of another march Saturday in la Marque on behalf of 22-year-old Joshua Feast.

"We’re not out here to fight with them," said one organizer.  "We're out here to demand justice.”

"Brothers have been on the ground all year dealing with police shootings and it’s steady going on," said marcher "Brother Preach."  "And it’s just not stopping, so as much work as we can put in, we’re going to put it in.”

Police said Feast was a person of interest in some shootings and died, as Santos’s body camera rolled, after the officer fired as Feast appeared to run away from him.

“I just want justice.. That’s what I’m feeling.” Joshua Feast’s mother was among those marching to La Marque PD today amid a continued call for justice in the officer-involved shooting death of her son, which is still under investigation. More: @KHOU at 6:00 #khou11 pic.twitter.com/Xc9se7t2PX

Police said Feast then threw a gun on the ground.

But there’s disagreement over whether Santos ever shouted any verbal commands.

She said that means firing and prosecuting Santos as she continues to cope with the loss of her son.

"He loved his mother, his siblings, he liked being around his family and friends,” LaKeisha Feast said.

Saturday's march ended at the La Marque Police Department which turned the investigation over to the Galveston County Sheriff’s Office.

The case is ongoing and is the kind La Marque officials have said takes time.

"And we as citizens, as members of this community, have to trust that process," said La Marque Mayor Pro-Tem Keith Bell the day after Feast was killed.

Meanwhile, marchers said they don’t plan to slow down.