'I don’t think she would’ve made it': Off-duty firefighter saves woman from burning car

Capt. Michael Mathes is a veteran, a volunteer firefighter, a state trooper, an EMT, and now, he's one woman's hero. 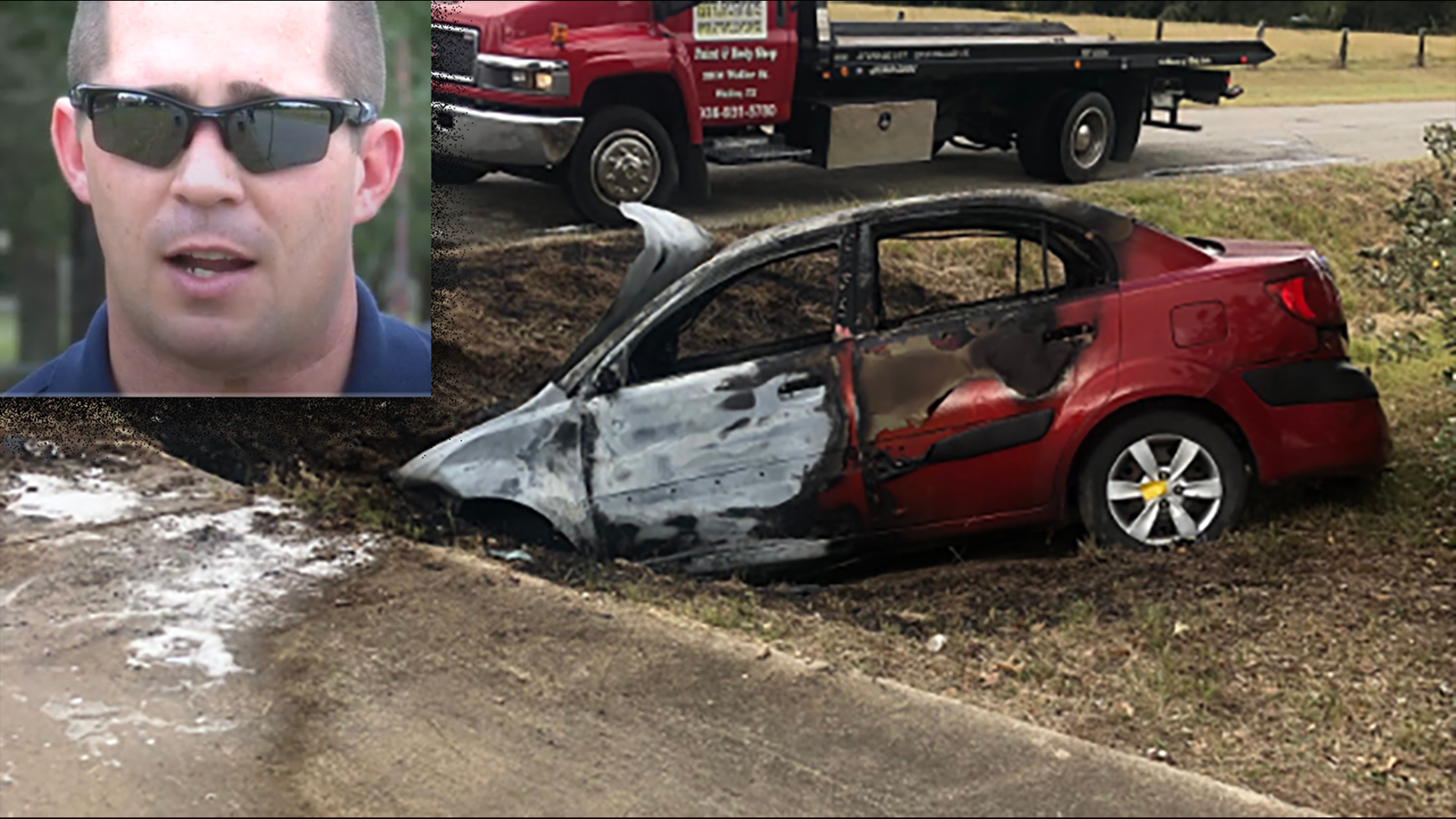 HOUSTON — A Waller firefighter wasn't on duty, but that didn’t stop him from being a hero when a woman wrecked her car just yards from his home.

A burned up ditch and a few yellow flags are all that remain after the crash.

For Mathes, it was supposed to be a quiet day off including a quick stop at home to bring his wife lunch.

“I was getting out of my car and I heard a boom," Mathes said.

A quick glance down the road showed him what it was.

“I saw the vehicle sitting over here in the ditch, and it started smoking," Mathes said.

He hopped back in his car and drove toward the wreckage.

“By the time I walked up to it, the flames were already coming up on the windshield," Mathes said.

He could see the driver was unconscious and the fire was growing.

“I yanked the door open, which took a couple of tries, and then I wrapped my arms around her and pulled her out," Mathes said.

It was the longest minute of his life.

“I had to, like, move her, get the seat belt undone and try to do both before the flames got both of us," Mathes said.

He got her out of the car and away from the fire.

Even though the flames were raging, there wasn’t a moment of hesitation.

“I think that if it had been anybody else, they would’ve done the same, or at least I’d like to think that," Mathes said.

The driver was taken to an area hospital. She's suffering from internal bleeding and multiple fractures.

She has a chance to heal, though, a chance given to her from a stranger.

“Had it been a couple seconds earlier, I would’ve been in the house and I never would’ve heard her. I don’t think she would’ve made it," Mathes said.

Mathes is a hero who is never off the clock.

RELATED: Watch: Celina firefighter challenges young boy to dance-off at Halloween event -- and the winner is...

RELATED: 'Christian is a hero': Washington firefighter dies after suffering burns to more than half of his body