'I come from the streets. I am that' | Trae Tha Truth discusses balancing music, activism 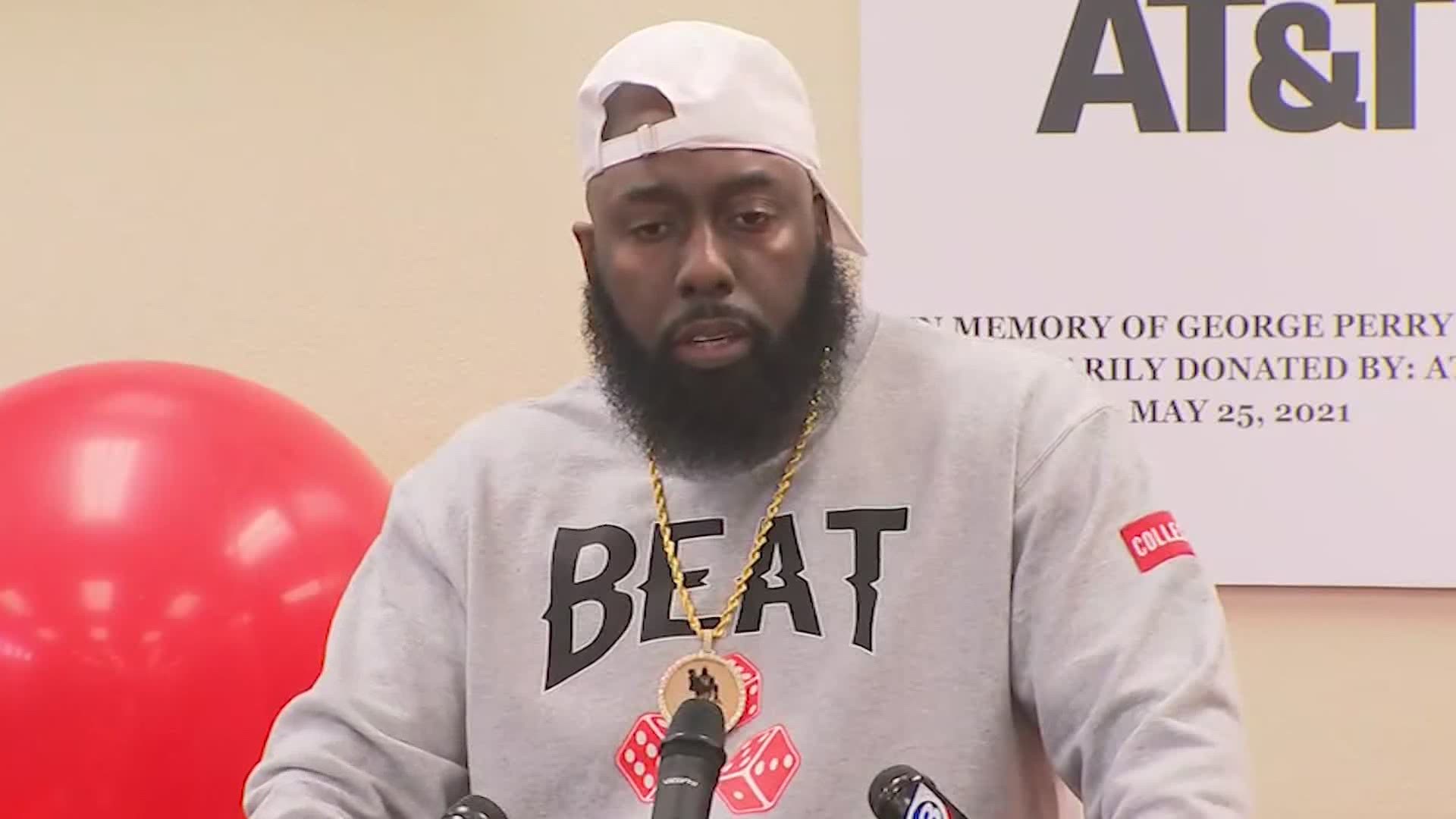 HOUSTON — From the stage to the floodwaters to the frontlines, handing out masks or bikes, serving up water or calling for justice, Trae Tha Truth is basically a household name in Houston.

After all, July 22 is Trae Day in the city. But Sunday, the world learned who he is when the Billboard Music Awards honored him with the second-ever Change Maker Award.

"This for Houston, Texas," Trae said, accepting the award presented by Tina Knowles. "This for the H. HTown. We got one."

Less than 48 hours after being celebrated in Hollywood, Trae is back on Houston’s streets. We caught up with him Tuesday at Cuney Homes. He partnered with the nonprofit Bridge the Digital Divide to open a technology center for the residents there. Cuney Homes is where George Floyd grew up and where Trae wants to make sure every kid gets a chance to succeed.

He’s passionate about these kids’ futures, because he was one of these kids.

"I come from the streets. I am that, you know what I’m saying," Trae says. "If you look at the news or anything else, they’re looking at a 6-foot dude with tattoos from head to toe, diamonds in his mouth. But they don’t see that. The only thing they see is, ‘That’s our hometown hero.’"

From the stage to the floodwaters to the frontlines, Trae Tha Truth is Houston's "Hometown Hero"

"Hometown hero." "Rapper." But Trae’s also a business owner, a humanitarian, a philanthropist, an advocate and an activist.

"I think me fighting for the people and me being the one to take care of everybody is overpowering everything," he says.

Trae helped lead the rally through Houston after Floyd’s murder. He also spent time in jail protesting the death of Breonna Taylor.

The wrong side of history may be the one place we’re unlikely to see Trae next. Instead, look for him when a voice needs a microphone or when a Houstonian needs a helping hand.

To learn more about the work being done by Trae's Relief Gang and his nonprofit Angel by Nature, click here.