The Greater Houston Coalition for Justice said the current project would displace mostly Black and Latino families from their homes and people from their businesses. 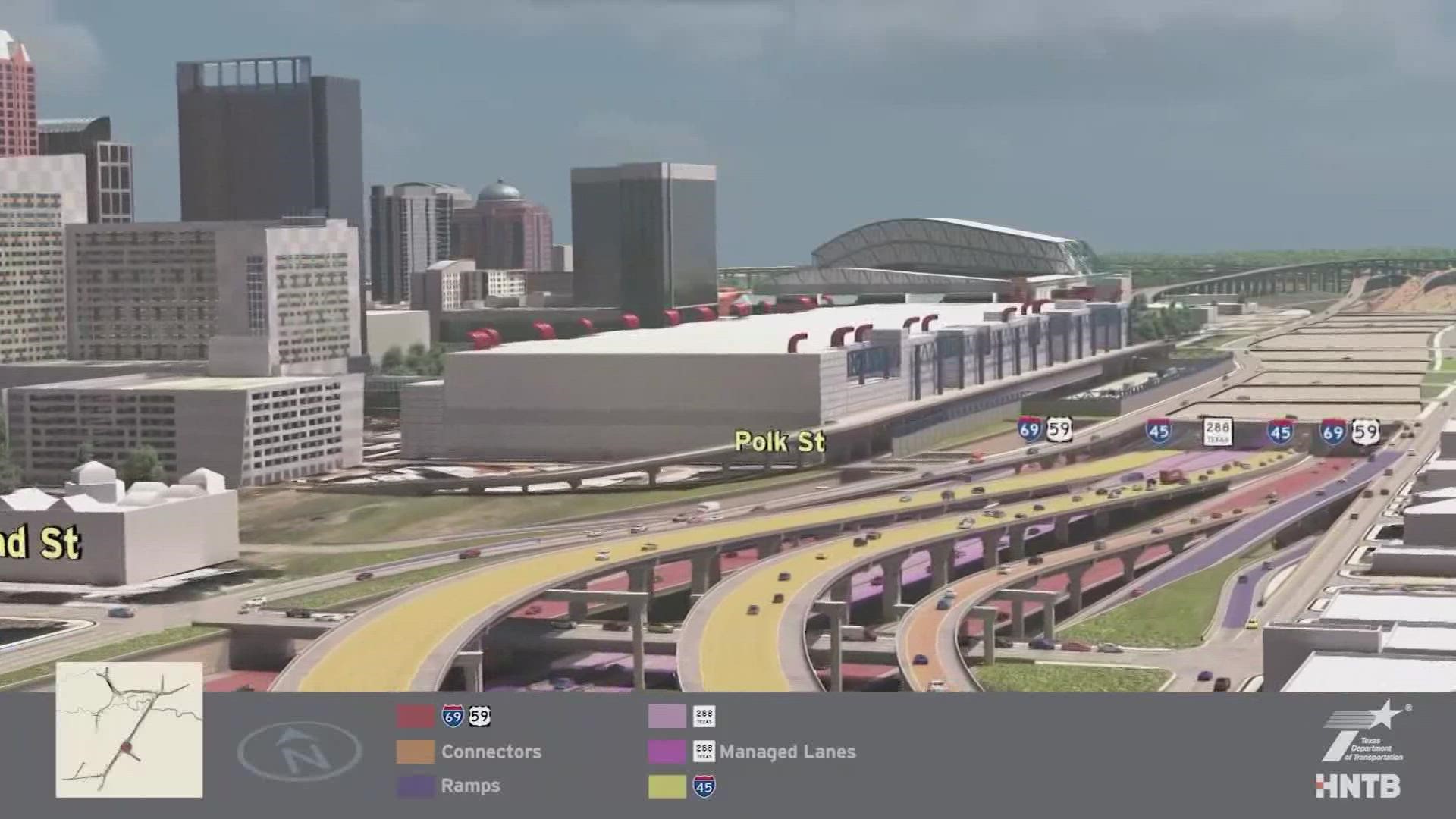 Johnny Mata, presiding officer for the Greater Houston Coalition for Justice, said they’ve amended their discrimination complaint under Title VI of the 1964 Civil Rights Act to the U.S. Department of Transportation.

Mata said the current project would displace mostly Black and Latino families from their homes and people from their businesses.

The coalition is now calling for the Transportation Department to investigate.

The North Houston Highway Improvement Project has been in the works for more than a decade.

TxDOT said the goal is to shift the flow of traffic around downtown to make it safer and improve traffic congestion and commute times.

“We feel that we need to put a stop when government tries to rollover and get their wish,” Mata said. “Their federal funds can be withdrawn under Title VI and other laws for failure to comply and especially if they’re discriminating.”

The Federal Highway Administration put the $7 billion project on hold after Harris County filed a lawsuit earlier this year demanding TxDOT take residents and the environment into consideration as part of the expansion plans.

Mata said, “If they think that the community of Houston, Texas; Houston/Harris County, are going to just sit by and let them do what they want they’re mistaken.”

He said TxDOT has failed to look at alternatives.

However, he said they do want improvements made to the highway system.

“But not what they want to cram down our throats,” Mata said. “We don’t want the mobility to appease the rich and the affluent and the contractors.”

In a statement TxDOT said:

"While TxDOT is confident in our due diligence and compliance with federal standards and regulations in the development of the NHHIP, we are committed to working with FHWA as it conducts its investigation."

At the moment TxDOT is surveying residents to see if they support keeping the project or not.

The survey is open through Aug. 9.

Mata said the survey discourages participation because of a citizenship question that is asked and its limited language options.