Angela Thompson tested positive for the virus in August. The mother and grandmother was in the hospital for four weeks before she died on Sept. 14. 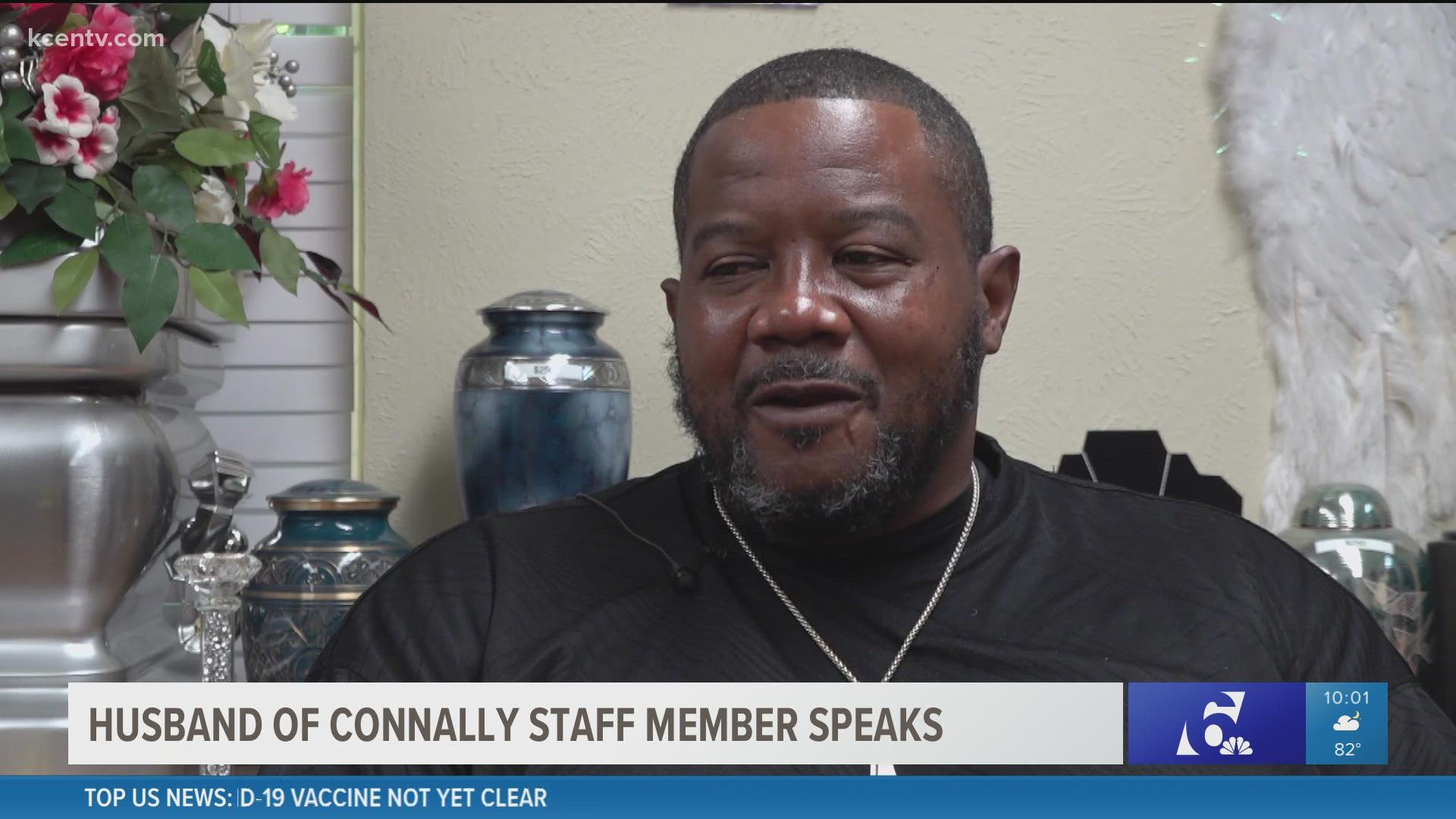 WACO, Texas — Donald Thompson was planning to celebrate his wife's birthday on Sept. 15. Instead, he spent the morning at a Serenity Life Celebrations in Waco planning her funeral.

"I loved her to death. I use to call her my chocolate drop," Thompson said about his wife, Angela, who is the third Connally ISD employee to die from COVID-19. She died on Tuesday.

While the pain is deep, all he can do is remember the good times.

"She used to sing that song, 'There’s A Story of A Lovely Lady.' We would travel and that song would come up and she would just start singing," said Thompson.

Angela was an instructional aide on the Connally ISD Primary campus.

"I think she was a real asset to Connally ISD. If she was out, she was missed. Those kids and staff knew when Mrs. Thompson was not at work," he said.

Angela tested positive for the virus in August. The mother and grandmother was in the hospital for four weeks before she died.

"It is going to be hard for us as a family,” said Thompson. "It was hard for me even seeing my wife laying there helpless and there was nothing I could do to help her."

In August, Thompson also tested positive for COVID-19. He said his symptoms were mild.

Thompson told 6 News that he received his second dose of the vaccine on August 28th.

"I’ve told my children it’s important that we get our shots. Not saying that is going to solve the problem, but I really feel like after our experience and what we have been through, our options are better with it than without it,” said Thompson.

Donald and Angela Thompson were together for 16 years.