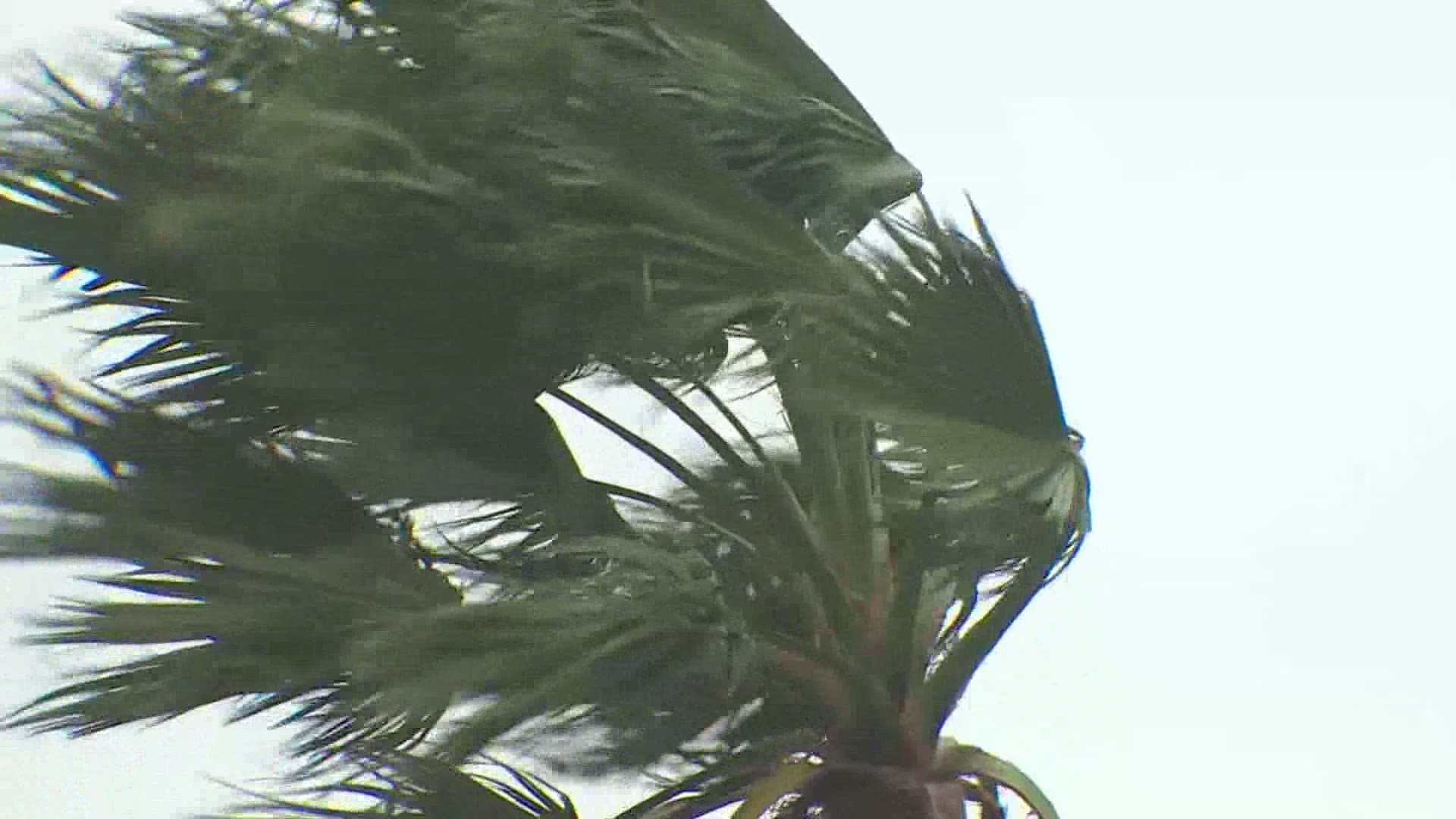 The majority of the outages were on Bolivar Peninsula.

OEM spokesperson Zach Davidson said of the roughly 3,000 permitted properties on the peninsula, about 2,000 customers did not have power. He noted that many of those homes are vacation homes, and it is unclear how many full-time residents were home during the outages. He said crews are working as quickly as possible to get electricity back on.

In the early afternoon, strong wind gusts sent waves spilling into waterfront homes' yards, causing some damage to private piers on the harbor side of Galveston Island.

“You enjoy the water, you want to be out here on the water, you’ve got to deal with the hurricanes, too," Jason Chide, a Galveston native, said.

Chide said it is common during storms for the piers near his home to suffer damage, and that Delta's effects were minimal compared to storms past.

“The piers disappeared. They were gone during [Hurricane] Ike," said Chide.

The Galveston Ferry had to shut down for about five hours due to the rough conditions.

Now over at the #Galveston Seawall, watching the clouds roll through (this is a timelapse, obviously). Plenty of surfers and weather watchers out to witness #HurricaneDelta2020 @KHOU #KHOU11 pic.twitter.com/0Pkl6JkC65

Meanwhile, the waves on the seawall side made for welcomed surf.

“Anytime we have waves in Galveston, we’ll surf," said Zach Lewis, a Galveston native who operates Texas Fishing Charters and surfs in his free time.

He said the waves from Hurricane Delta are some of the best this year, the most active hurricane season in the Gulf of Mexico.

“It’s surfing. I mean, surfing – it’s in your soul. Once you ride a wave, you’ll get addicted to it," said Lewis.