Months after being sworn in, Webb claims fellow officers harassed her with sexual jokes and unwanted advances. 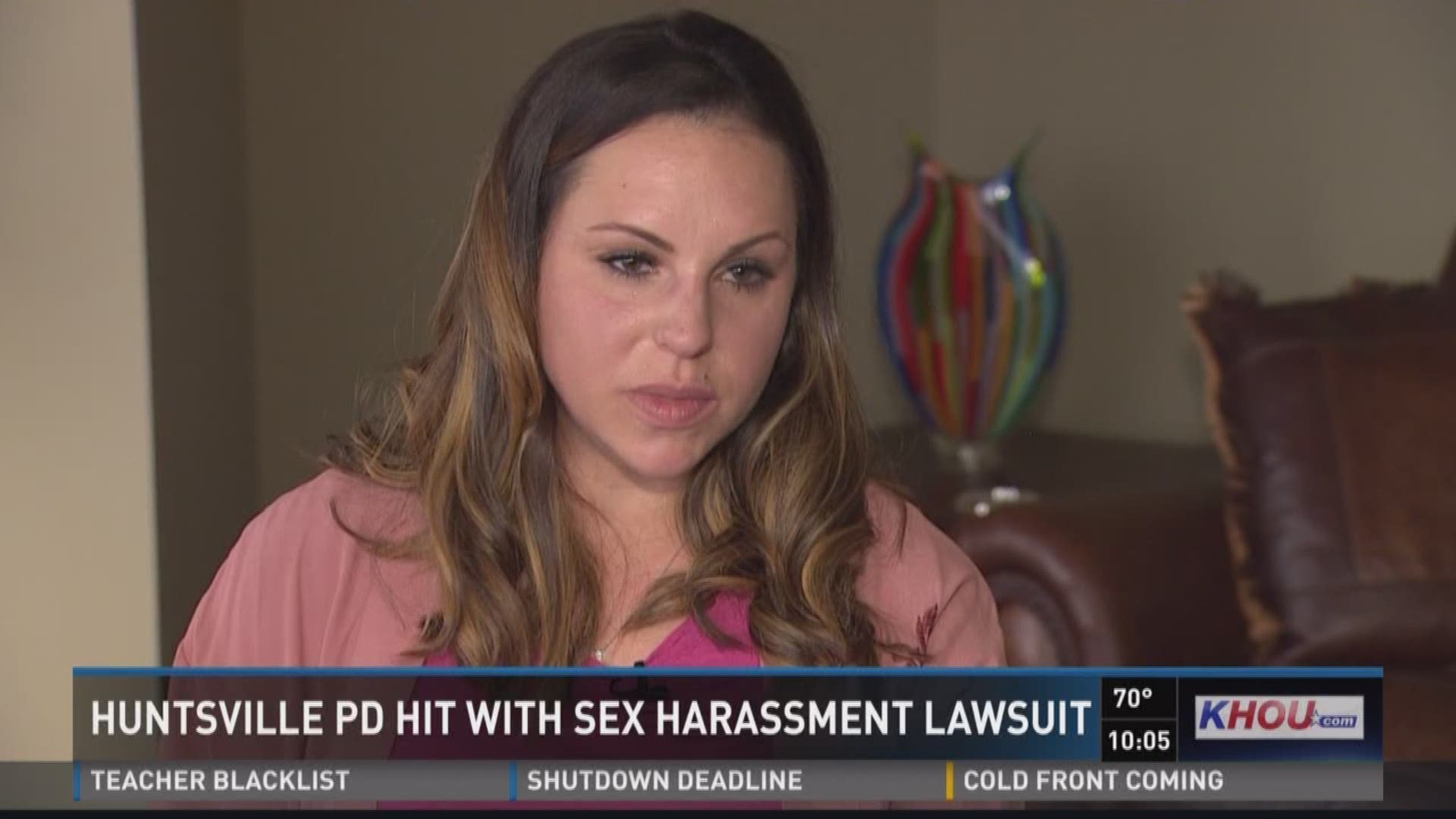 HUNTSVILLE, Texas- A former officer sued Huntsville Police and its chief claiming they fired a woman in retaliation for filing sexual harassment complaints.

“It tore me up because I felt like I was terminated for complaining about a fellow officer,” Kimberly Webb, a former senior patrol officer for Huntsville PD said.

Webb’s dishonorable discharge from Huntsville PD in 2017 suggests she was an insubordinate, dishonest cop fired less than four years into her dream job.

“They made an example of her,” Ronald Dupree, her attorney said. “(The chief and department) showed her if you report these kinds of things, this is what will happen to you.”

Months after being sworn in, Webb claims fellow officers harassed her with sexual jokes and unwanted advances.

“I got told it was like a contact sport,” she said. “If you’re in a contact sport, you know there is a certain level of activity that is going to come with that sport. So suck it up and move on.”

“(He sent) a picture of himself asking for pictures of me and it was constant and persistent all the time,” Webb said.

Her second complaint moved her from patrol to court duty where she worked with other women, Webb claimed. She had no problems for nearly two years until the assault.

“I saw the foot and then I was taken off my feet,” she recalled.

The same sergeant she accused of harassment kicked her to the ground during a fellow officers’ retirement party, Webb claimed. Three months later, the department fired Webb.

“I was warned about what could happen for making a complaint about a fellow officer,” she said.

Before filing her third complaint, Webb hired lawyers. She claimed Huntsville PD investigators interrogated her for inviting the sergeant’s sexual advances. So, she volunteered to take a polygraph. Webb lost her job after she failed the test, she said.

“(The sergeant) was saying he was asking for those things and sent (lewd photos) because it was a consensual relationship,” Webb said.

Her lawyer filed a federal lawsuit.

Huntsville police responded in a statement through its lawyer

“The City of Huntsville has received a lawsuit filed in a federal court in Houston by former employee Kimberly Webb,” Leonard Schneider, the city and police chief’s lawyer wrote. “The suit is against the city and the Chief of Police. Legal counsel for the city is handling the case. City policies do not permit discussion of ongoing legal proceedings.”

Now a stay-at-home mom expecting her second son, Webb is working on a doctorate degree in order to teach criminal justice in case she can never again enforce it. However, she hopes her lawsuit sparks change for all women who wear a badge.