Texas State University student Jason Landry, 21, was driving home for Christmas break last week; his wrecked car was found, but he was not. 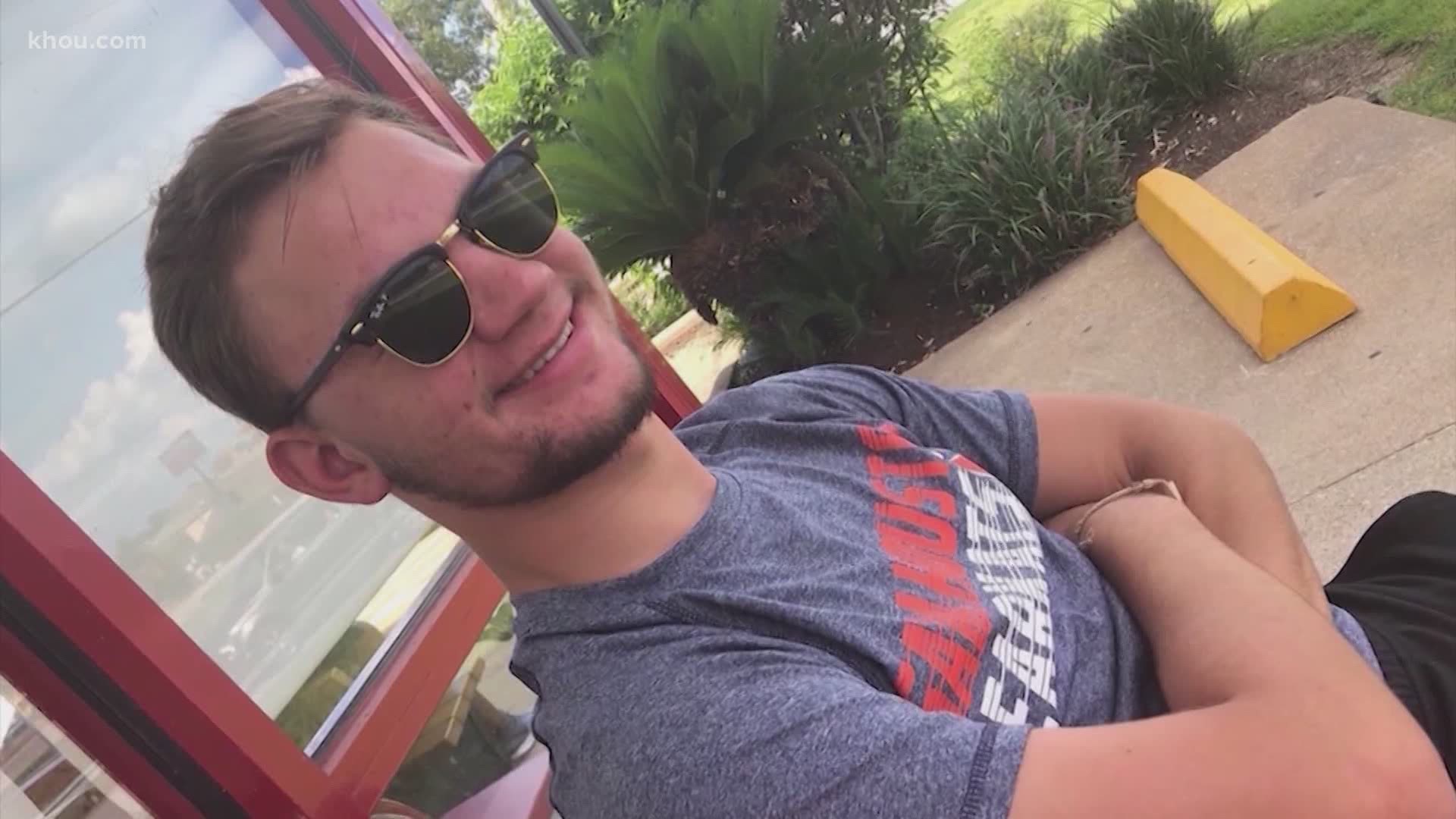 HOUSTON — Hundreds of church members, friends and family of a missing Houston-area college student gathered on a church lawn Sunday with petitions for a Christmas miracle.

It has been exactly one week since anyone has heard from 21-year-old Texas State University student Jason Landry.

Landry’s family said he was driving home to Missouri City from the school’s campus in San Marcos ast Sunday night for Christmas break.

The college student’s father, Ken Landry, said he was awoken by a phone call at 2 a.m. on Monday from a state trooper. The trooper said Jason Landry’s car had been involved in a crash in a remote area in Luling off country backroads about 10 minutes from the city’s downtown area. State troopers found the car, but no sign of the college student.

“We are living the worst dreams of every parent,” Pastor Ken Landry said to the hundreds who gathered for Sunday night’s vigil at his church, Southminster Presbyterian. “It feels like a bad dream. A bad dream we’ve been hoping to wake up from.”

Texas Equusearch crews began searching for Landry last week. They said his phone was inside of the smashed car. Scent dogs led searchers to a pond not far from where the car crashed. The pond was drained, but there were no signs of Landry.

“I pray my son is alive and pray that someone is taking care of him,” Ken Landry said.

Searchers say the area that his car was found is pitch dark when the sun goes down. Ken Landry said there is someone who knows what happened to his son and is pleading for anyone with information about what happened to come forward. Texas Equusearch crews will continue their search of the area of the car wreck.

Search team members said several searchers will canvass everything within a two-mile radius of the crash. They will also be using a drone to fly over the site once again, then analyzing the video, looking for clues.

Searchers said they are far from having a theory for what may have happened and say Landry's disappearance is still very much a mystery.