Around 13,000 kids in need will have presents this year thanks to the Tricounty Toy Run of Central Texas and the hundreds of bikers who make it possible. 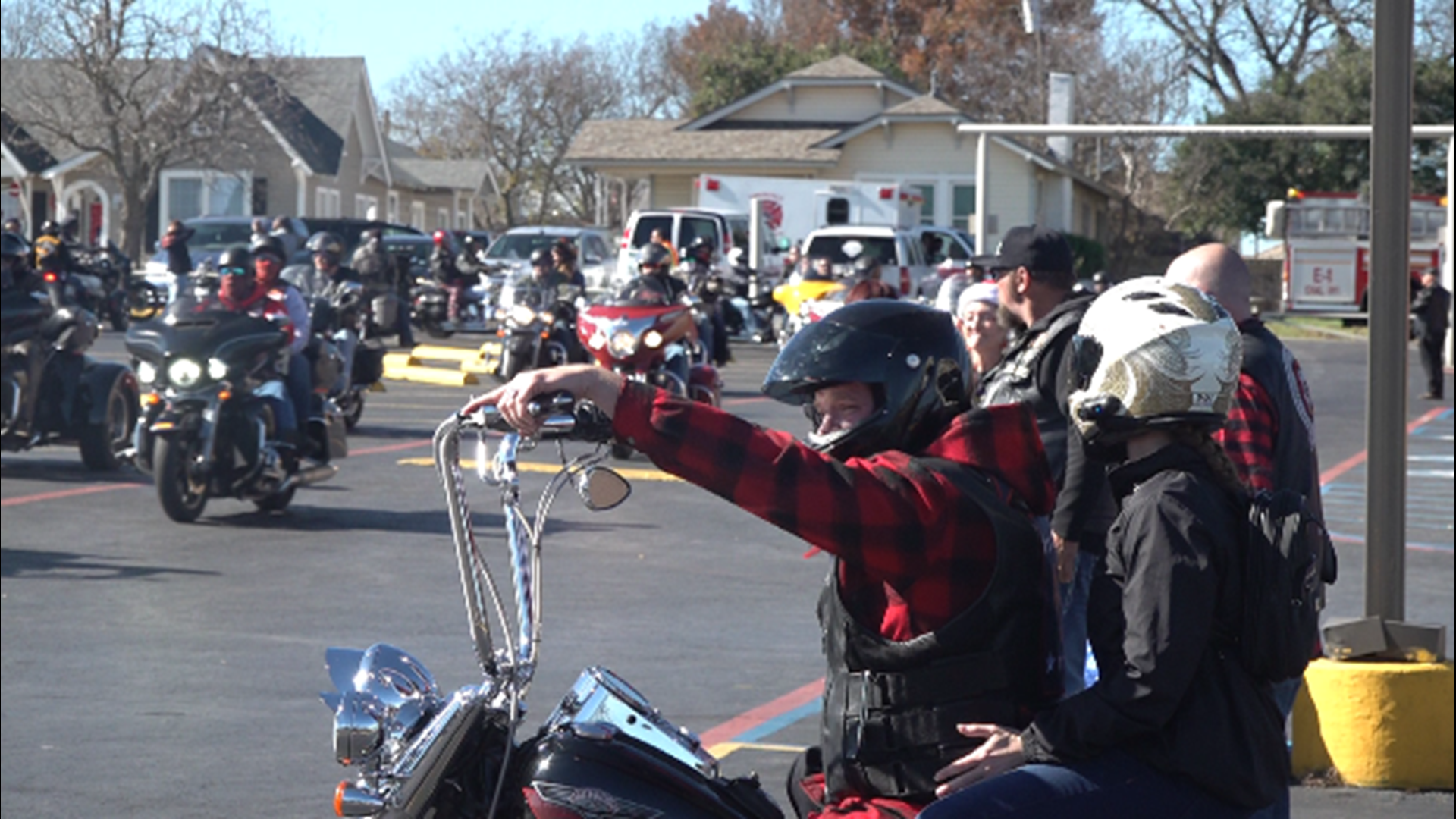 While the clubs that came together had different individual missions, today they shared one goal: Bring presents to kids in need.

The event collected 49 boxes of presents in total and 254 bicycles. TriCounty Toy Run Committee Chairman Bruce Raymond told 6 News bikers might look rough on the outside, but they would do anything for a child.

"You put a little one in front of them, and their heart is on their sleeves... these bikers will melt in a heartbeat," Raymond said. "They will do anything for those kids. A lot of them grew up in the same kind of environment."

Many clubs, like the Priesthood Motorcycle Ministry Club, were created to serve the community from the beginning.

"Reaching out to motorcycle guys, clubs, that may need assistance... praying for them, supporting them." Club Vice president "Big Chris" Gray said.

6 News also spoke to the Green Knights MC, a club helps soldiers and community members stay safe on the road.

The toys were transported from American Legion Post 133 in Temple to Lampasas where they would ultimately be delivered to 20 different charities.