If Humble grandmother doesn't move her home to another lot, she'll be evicted

Attorneys say 70-year-old Shirley Crew just learned that she owns the lot next door and can move her home there. 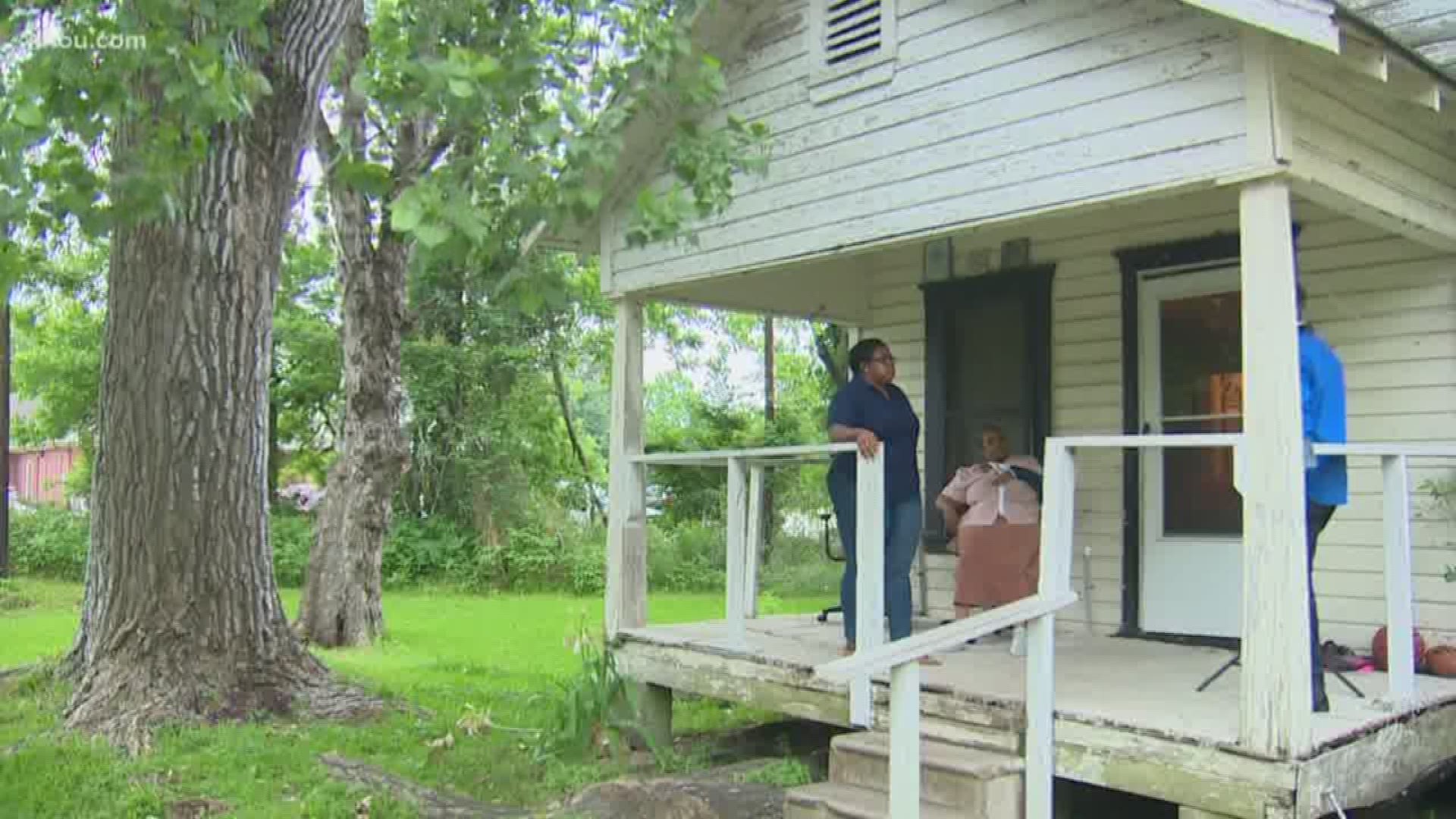 HOUSTON — A Humble grandmother has one month to move her home to the lot next door or she risks being evicted.

Attorneys reached an agreement Thursday morning at an emergency hearing. They say 70-year-old Shirley Crew just learned that she owns the lot next door and can move her home there.

Crew’s new attorneys were going to file a restraining order against the developer who has claimed he now owns the rights to the Crew property and property belonging to adjacent neighbors. The attorneys claim they’ve only recently began going through the case and needed more time to present their findings before a judge.

Harris County deputy constables had planned to evict her Thursday if an agreement was not reached.

The land on Humble Westfield Road next to Crew’s home was bought in an auction two years back.

Property records however showed a discrepancy on the addresses listed for Crew’s home. While older records described the home as being on FM 1960, other records listed the home at Humble Westfield.

Without her knowledge, Crew says her home became part of a purchase that should never have been valid in the first place.

RELATED: Neighbors given days to leave homes after property sold in auction without their knowledge

Crew’s daughter-in-law, Charlecia Johnson says while time is running out, they’re placing faith on their new attorneys to straighten the mess.