HAZMAT teams were monitoring the air and water in the area overnight as a precaution. 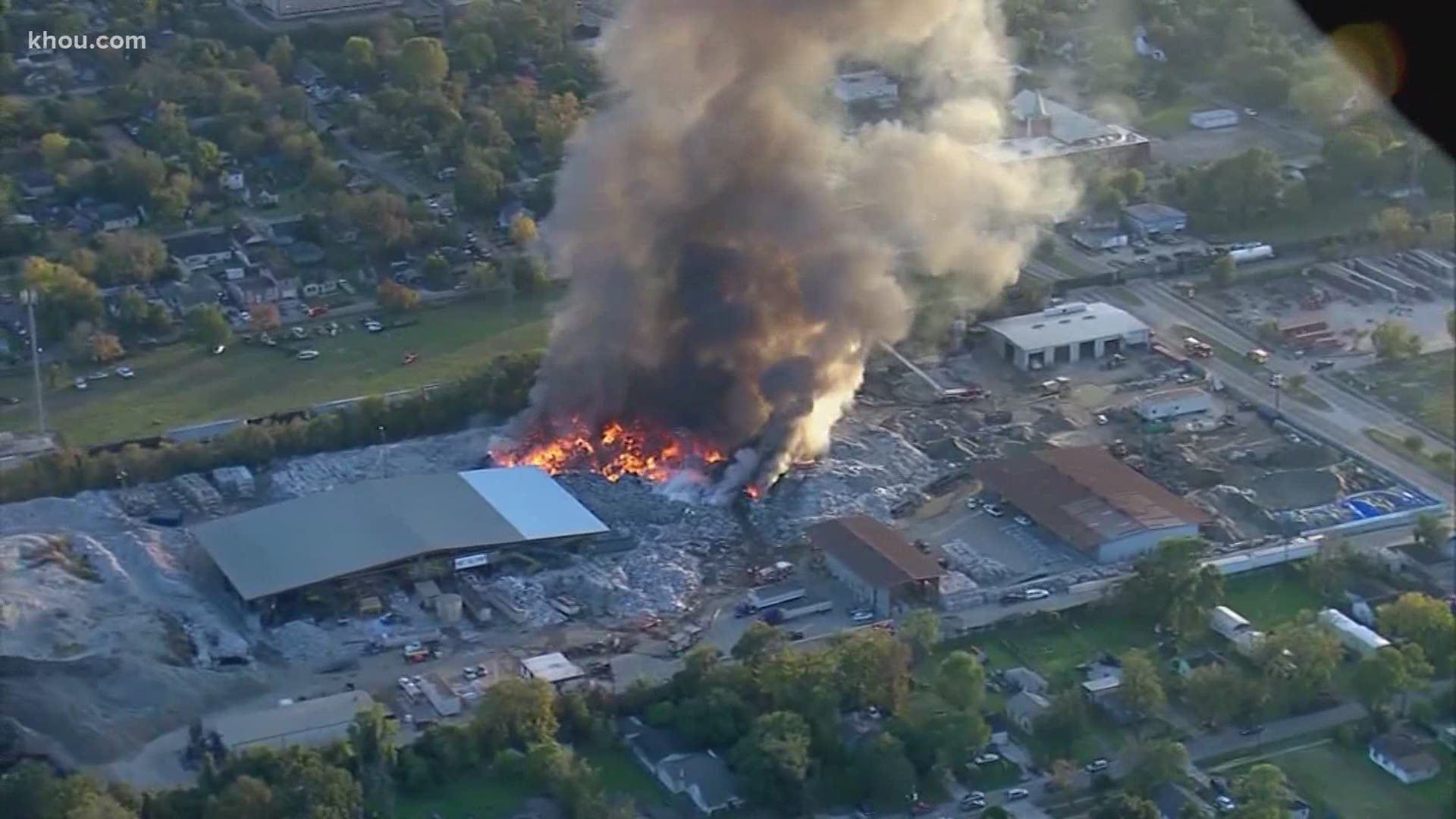 HOUSTON — A shelter-in-place was issued Wednesday afternoon for neighborhoods near a huge recycling business fire in northeast Houston.

As of Thursday morning, the fire department said the fire was under control, and the shelter-in-place was lifted after HAZMAT teams monitored the air and water in the area overnight.

The fire broke out at Independent Texas Recyclers on Irvington Boulevard near the Hardy Toll Road. Houston firefighters attacked the intense flames with heavy-duty pumper trucks. The thick black smoke could be seen from miles away and the smell drifted into neighborhoods several miles away.

Anyone within a half-mile radius of the fire in the 6800 block of Irvington was initially told they should stay inside and keep their windows closed as a precaution.

There were no reports of injuries.

By 4:30 a.m. Thursday, the HFD responders were clearing the scene, and an outside company was called in to do a damage assessment, according to firefighters at the scene.