CenterPoint confirms at transformer caught fire at their Texas City substation. They say no one was hurt. 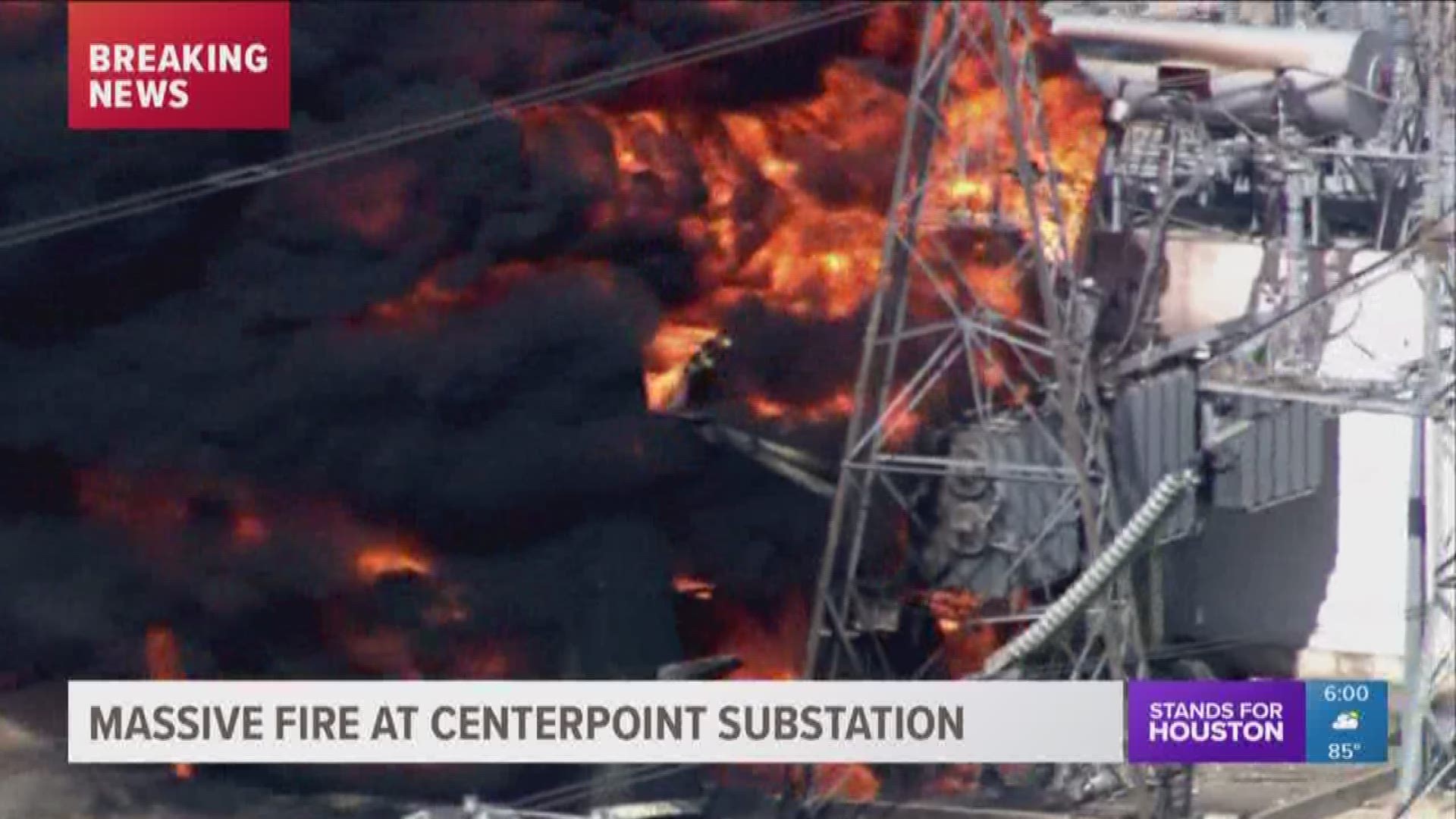 All employees have been accounted for and no one was hurt, according to CenterPoint.

Texas City officials say there is no need for a shelter-in-place and no threat to the public.

The city sent out a robocall saying some plants and other businesses have lost power and those outages are causing larger flaring then normal.

As a result of the transformer fire at the Centerpoint substation. Some of the facilities in the industrial complex are experiencing power outages. You may see larger than normal flares as they work to restore power.... https://t.co/pfAZ0OutPt

Highway 146 was briefly closed for emergency crews but has since reopened.

1 / 17
KHOU
Thick black smoke and heavy flames could be seen for miles from the CenterPoint substation in Texas City after a transformer caught fire Tuesday afternoon.

Officials are asking everyone to stay away from the area until the fire is out.

The smoke could be seen from as far away as downtown Houston.

Several people from nearby communities tweeted photos and videos.