How long will 'work from home' last? It's boosting the US economy, research shows 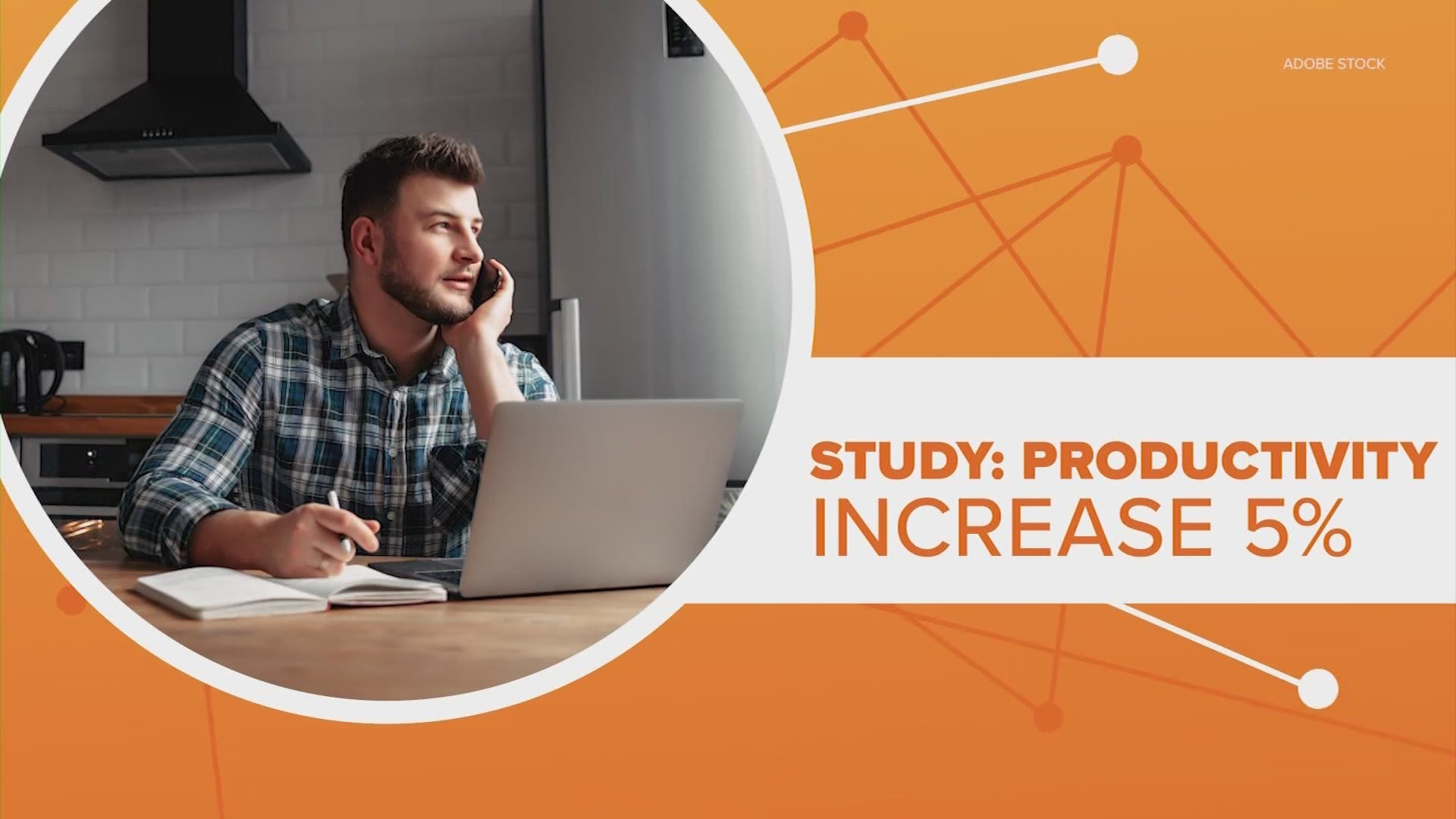 HOUSTON — It appears that working from home is boosting the U.S. economy, but not everyone is happy about it.

According to Bloomberg, the "work at home experiment" launched by the coronavirus epidemic has proven profitable. It reports new research shows all that work done at the kitchen table has boosted productivity in the United States economy by 5 percent. The results suggest changes made during the pandemic, like adopting new technology, will continue to boost the economy in the future.

But of course not everyone gets to work from home. Frontline workers have some of the lowest paid jobs that can not be done remotely. That means wealthier workers are overwhelmingly the ones enjoying the benefits of working from home. Experts warn this is increasing the racial and economic divide in the U.S.

How long 'work from home' last?

Some companies believe this work from home experiment will not last. The head of Goldman Sachs has already announced it will do away with it as soon as possible. However, it comes as no surprise some tech giants are leaning in. Facebook says the work from home model has opened up new pools of talent, while Twitter has announced it will make working from home permanent. Experts predict that will have another side effect: reducing the fortunes of San Francisco.

In January, PricewaterhouseCoopers stated the office will always be around, but its role will forever be changed after the pandemic. Its survey showed less than one in five executives say they want to return to the office as it was pre-pandemic.

"The rest are grappling with how widely to extend remote work options, with just 13 percent of executives prepared to let go of the office for good. Meanwhile, 87 percent of employees say the office is important for collaborating with team members and building relationships — their top-rated needs for the office."

PwC also reported that employees want to return to the office more slowly than employers expect.

Also watch: Fake commutes to work may be good for your mental health