Babe Didrikson Zaharias, who competed in multiple sports on the national and global stage, is regarded as one of the most accomplished female athletes of all time. 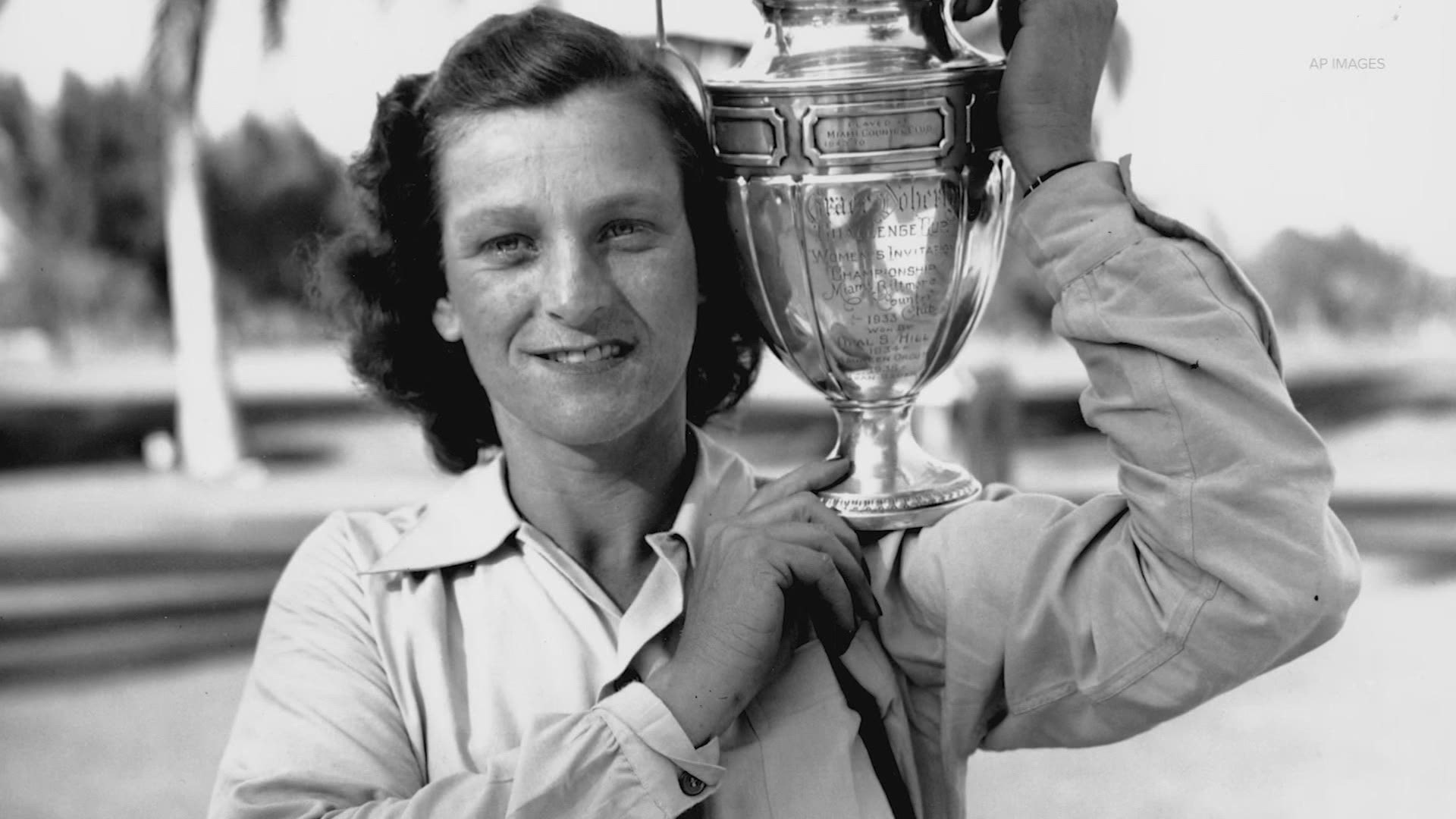 The country was enduring the gravest crisis in American History, the Great Depression, yet during that heartache; the Olympics would offer an escape and the world would be introduced to Babe Didrikson.

Dr. Susan Cayleff is a professor of women’s studies and author of a book about Babe’s life, “Babe: The Life and Legend of Babe Didrikson Zaharias.”

“I believe Babe is the finest athlete— male or female —that ever lived,” Cayleff said.

Born ‘Mildred’ in Port Arthur, Texas, she was given the nickname ‘Babe’ by her mother. Babe would spend her childhood beating neighborhood boys in pickup games.

As a standout teen athlete, she competed in basketball, baseball, hockey, tennis and track — among other sports. She later dropped out of high school to focus completely on athletics.

“The excellence that she brought to sports competition,” Cayleff said. “I think opened the door for everything that came after her.”

Babe dominated the 1932 Olympics, where she collected two gold medals and one silver in track & field. She also set Olympic and World records in various events.

People followed her not only for her sports excellence but because she was such a character.  Her antics were unpredictable. She actually called herself "the greatest" long before Muhammad Ali had coined the phrase.

As a woman reaching unprecedented feats, she often became the subject of scrutiny in the media by men who believed she had no business competing in sports.

“One sports writer wrote: ‘what bathroom should she use? Mister, miss or it?’” Cayleff said. “I'm convinced this took a significant emotional toll on Babe.”

One man attracted to her talent was professional wrestler George Zaharias. The two would later marry.

“George gave up all of his own work, became babe's manager and evidence exists to suggest that he actually pushed her too hard,” Cayleff said.

In the 1940s, Babe turned her prowess to golf. Her accomplishments included winning 14 amateur tournaments in a row. A victorious streak, that remains the longest in golf history.

“She had a mighty drive. She was an excellent putter […] and in her illustrious years as a golfer, she had 82 wins,” Cayleff said.

As a founding member of the IPGA, Babe went on to reign professionally, even winning her last major golf tournament while she was suffering from terminal colon cancer.

The disease would eventually take her life at the young age of 45.

In 2021, no female athlete has exceeded Babe’s accomplishments in the sports world.

“That's what I think makes her so singular,” Cayleff said.

A life cut short, but a life that would forever change the landscape of female sports.