The story behind Women’s History Month | Connect the Dots 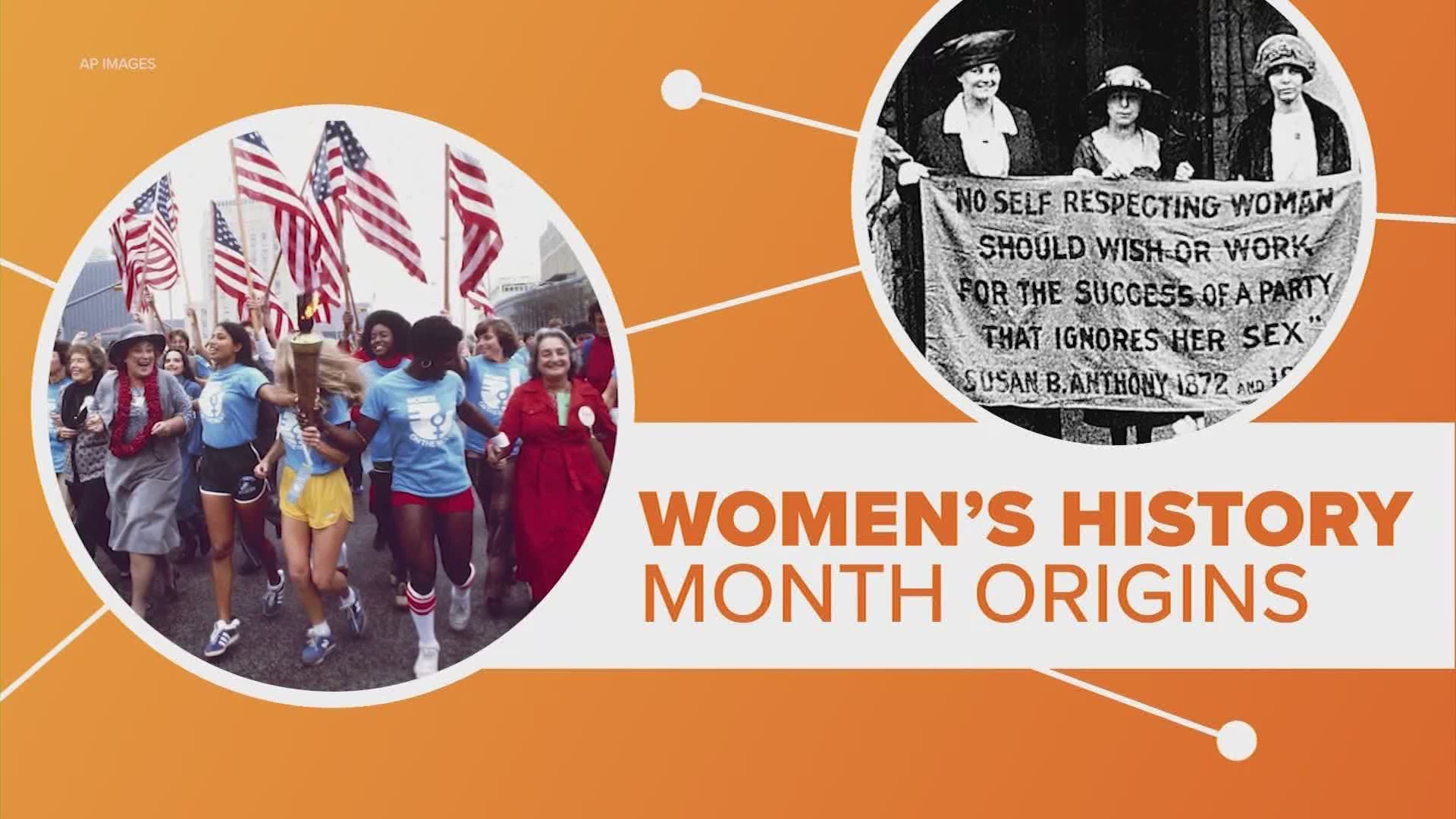 When you start digging into women’s history, a lot of the advancements are probably more recent than you thought, even the creation of women’s history month.

The origins of women’s history month are traced back to a school teacher in Sonoma County California in the 1970s. When she noticed there were not a lot of women in her students’ history books, she set out to change that.

In 1978, she helped to create a Women’s History Week for the district and the idea spread. Districts across the country started copying the curriculum and using the week to teach kids about unsung female heroes.

Eventually word of what those school teachers were doing reached the White House.

It took a few more years for Women to get a whole month devoted to their contributions.

The Women’s National History Project lobbied Congress for a longer holiday. and in 1987, they passed a proclamation establishing Women’s History Month.