Window breaker may not work if your vehicle uses laminated glass

For drivers living in flood prone areas, vehicle escape tools are a must, but window punchers are meant for tempered glass. 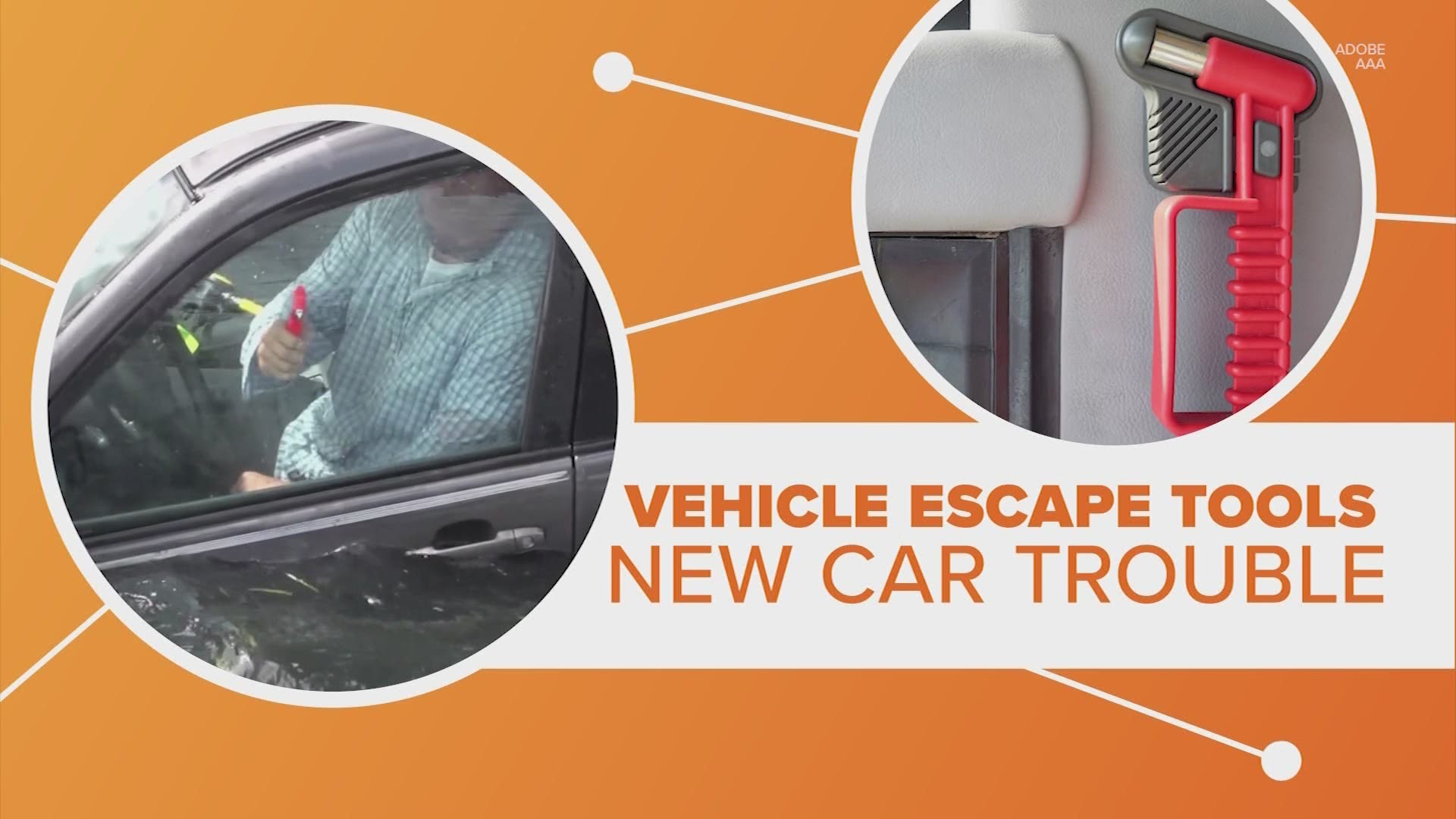 HOUSTON — Vehicle escape tools are a popular piece of protection to carry in your car, especially if you're worried about flooding.

However, it turns out, these instruments may not work in some newer cars. Let’s connect the dots.

A vehicle escape tool — also called a window breaker or window puncher — are designed to quickly break glass. Occupants can escape the car whether it's under water or on fire.

These devices are especially popular in areas prone to intense flooding since water can make it difficult to open doors and windows, mostly due to pressure.

They're cheap and designed to be effective. However, that may not always be the case anymore.

Window punchers work best on tempered glass, the safety glass used in vehicles for years. If you break tempered glass it shatters into small chunks instead of hazardous large shards.

Today, however, vehicle manufactures are more often using laminated glass. Laminated glass uses a thin film to hold together a window if it breaks. It was once used for only front windshields, but more and more manufactures now use it for side windows, too.

According to research from AAA, no escape tool they've tested could break laminated glass.

How to tell if windows are laminated or tempered?

It's simple: check your drive's manual or window sticker. The windows should have a sticker in the corner indicating whether its tempered or laminated glass. And then, of course, you can also dig through the driver's manual.

AAA said manufactures usually leave one window tempered, so it's important to know which one it is.

RELATED: Skipping on these 3 car insurance coverage add-ons could cost you more down the road