It all comes down to where you believe space begins. 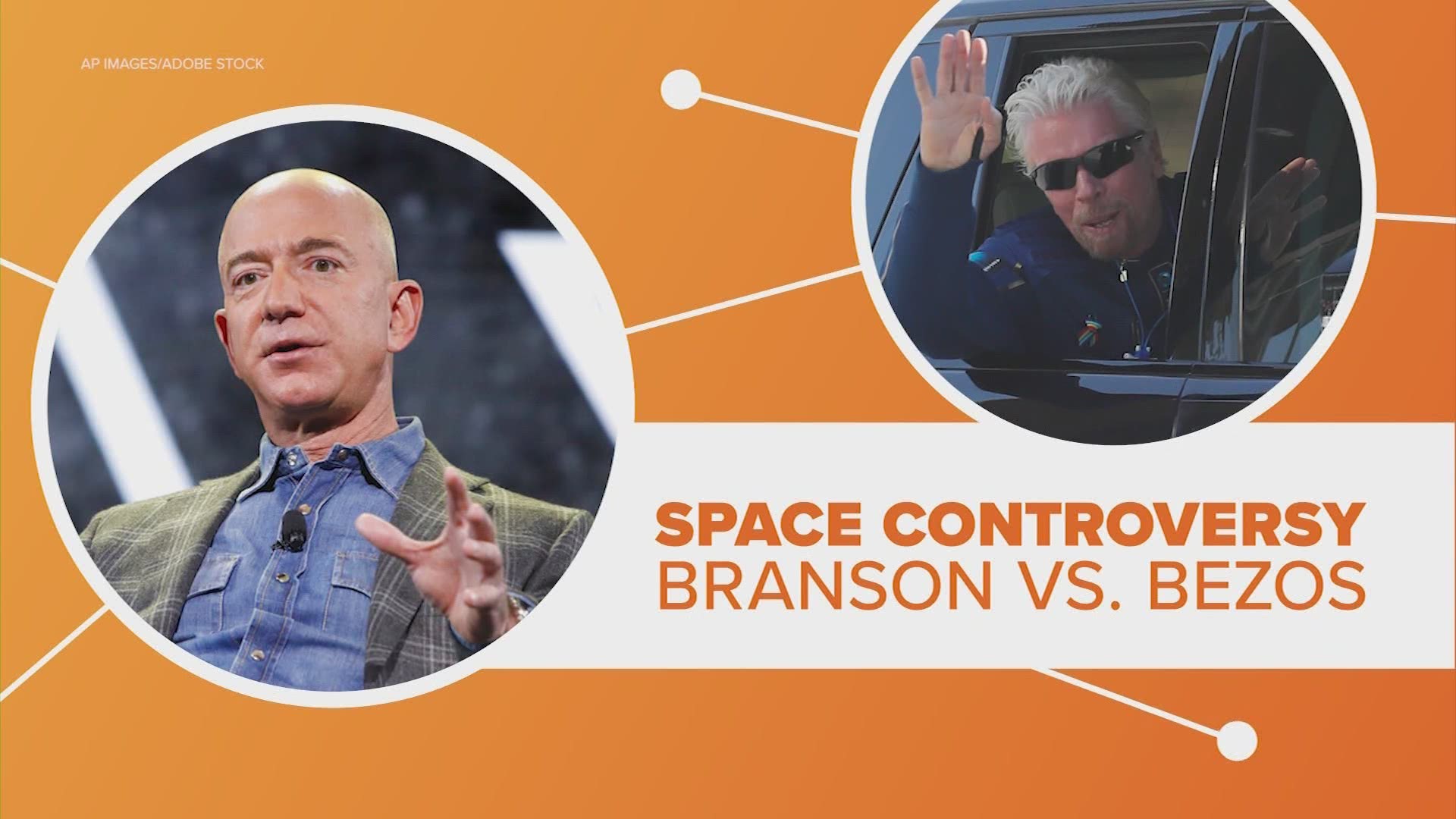 In the billionaire space race, there are a lot of bragging rights. And Richard Branson was the first to go to space in a craft he helped fund…or was he? The supersonic space plane created by his company Virgin Galactic took off from New Mexico on July 11 and reached 53.5 miles above the earth. NASA and the FAA define space as 50 miles above earth, so he went to space, right?

RELATED: What to expect when Blue Origin's New Shepard launches and lands in West Texas

Well, Bezos’ company Blue Origin says that flight has an asterisk next to it because it really didn’t go to space. The international group that certifies aeronautical and astronautical records uses something called the Karman line to define where space starts, which is 62 miles above earth. That is how high Bezos’ Blue Origin is planning on going up.

Some experts are not impressed with either Billionaire. Astrophysicist Neil DeGrasse Tyson questioned whether either man is actually an astronaut because they are not reaching low Earth orbit. He told CNN that since they didn’t get into orbit it’s not actually space travel, just a nice view of earth.