Could you soon be required to get a negative COVID test to fly within the United States? Let’s connect the dots. 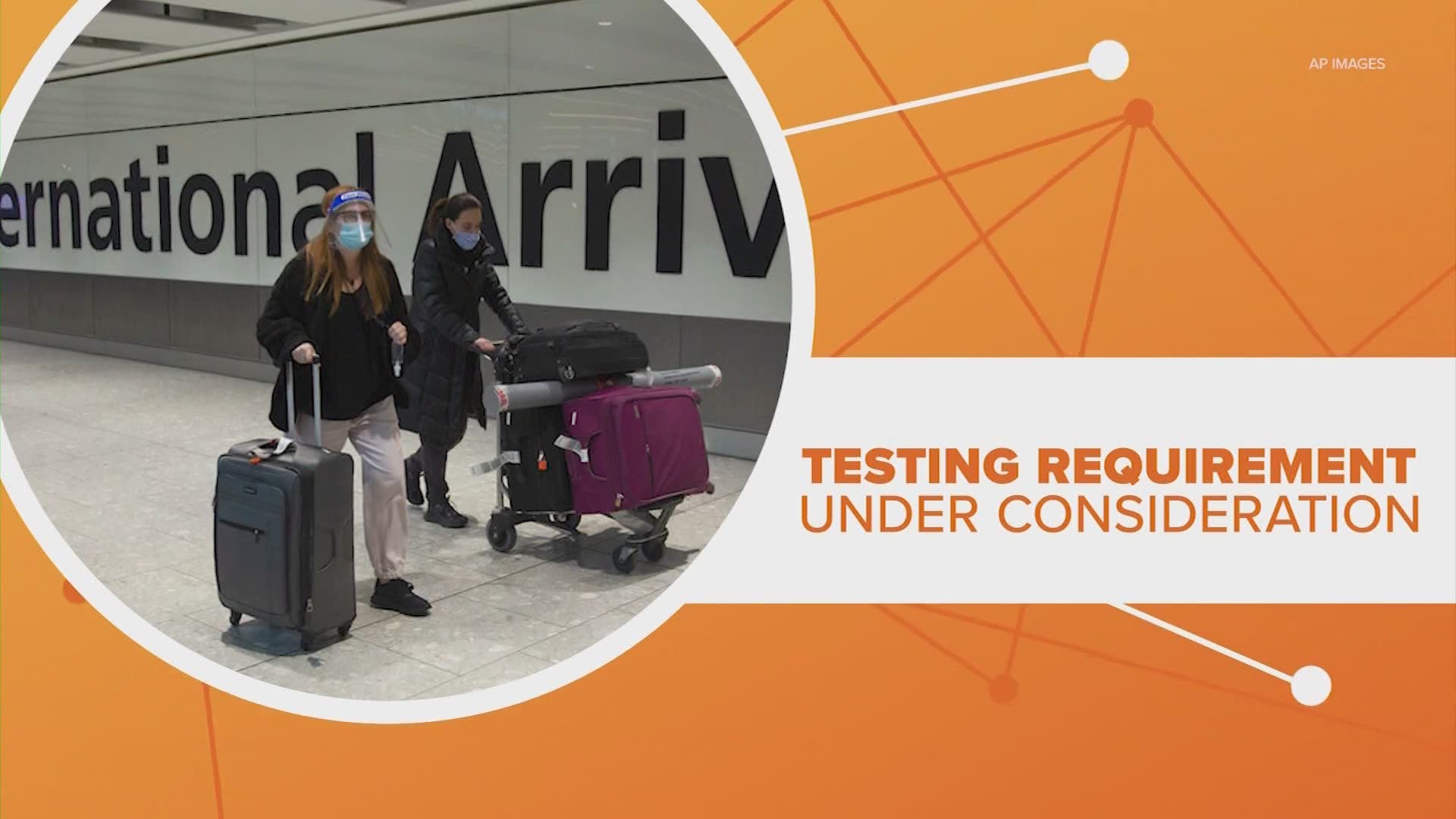 International travelers, including U.S. citizens, are currently required to have a negative coronavirus test to fly to the United States. There is no such requirement for domestic travelers, but that could change.

According to reports, the Biden administration is considering requiring testing for people just flying within the United States. U.S. Transportation Secretary Pete Buttigieg said in a recent interview they were actively talking with the CDC about the idea.

Still, that doesn't mean the idea will fly.

Several airlines have already said they don’t like it. Trade organizations have also been critical, citing everything from the cost to already struggling airlines to evidence that transmission aboard planes is already low.

Travel experts are torn, saying it would discourage some travelers but encourage others who would feel safer flying.

Even others insist the focus should be on vaccines not testing. Of course, that raises questions about whether travelers will be required to carry a vaccine passport if they want to fly.

That idea is already being debated in the European Union.