Next steps in Trump impeachment trial | Connect the Dots

House Speaker Nancy Pelosi said she will send the article of impeachment against Donald Trump to the Senate today. 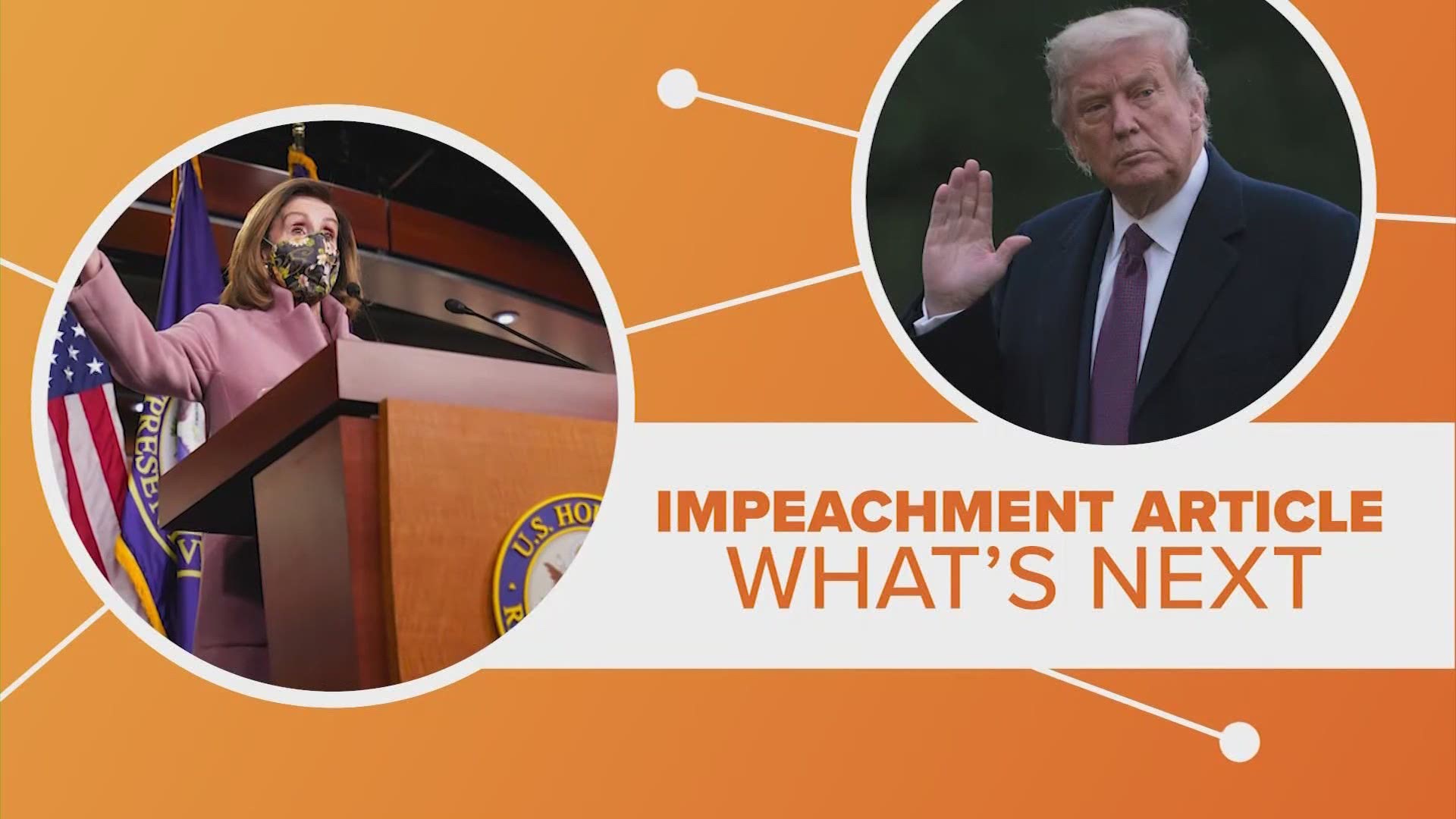 The Senate is expected to get the article of impeachment against former president trump Monday, so what happens now? Let’s connect the dots.

House Speaker Nancy Pelosi said she will send the article of impeachment against Donald Trump to the Senate today.

He is facing one charge of incitement of insurrection in connection with the Jan. 6 Capitol riot. Once that happens, the Senate rules require them to start the trial the next day unless there is some bipartisan agreement to delay.

The trial could go pretty quickly.

There are nine impeachment managers from the House that will act as prosecutors in the case. Democrats say they can move quickly through the trial, even going so far as not calling witnesses because lawmakers witnessed the insurrection firsthand.

But whether Democrats can get a conviction is another matter.

Democrats will need the support of at least 17 Republicans. And while some Senate Republicans say they are keeping an open mind it is still an uphill climb.

Though Donald Trump does have a disadvantage in this Senate trial, in the last impeachment he had the full resources of the White House Counsel’s Office to defend him.

Now he has to reach out to his own lawyers.