A need for laptops brought on by more virtual learning is pushing parents to shop online, but there's something you'll want to know so you don't waste your money. 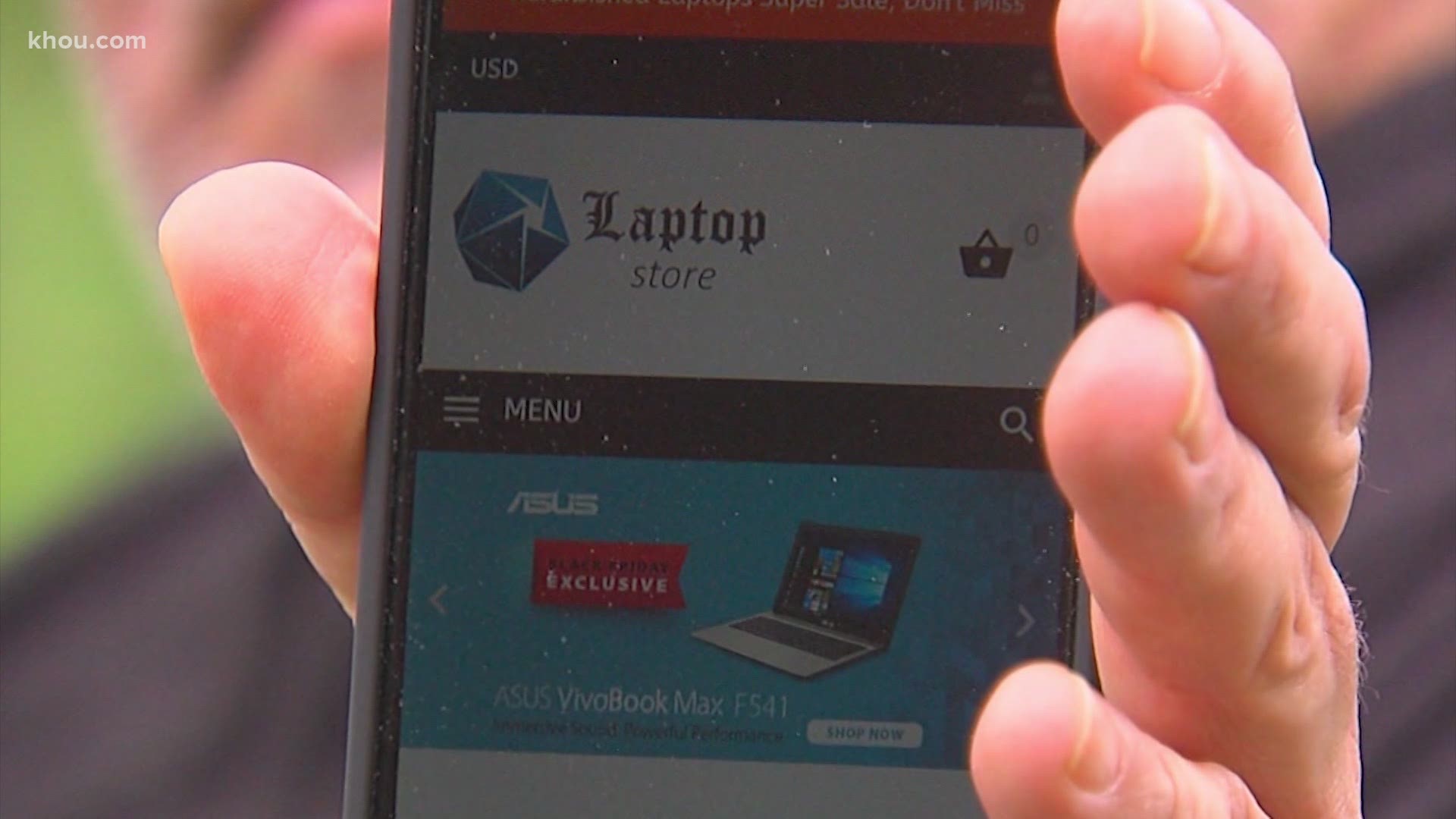 Millions of American children need laptops for online learning this year, forcing many parents to turn to online retailers as store shelves are left thin, but buyers beware.

Jorge Rosado said ordering from a website left him just as empty handed.

"I sent them a couple of emails already, and nobody got back to me,” he said.

Rosado said he only had a few hundred dollars to spend, and with affordable laptops in short supply in major stores, his only real option was searching online.

He found a site called The Laptop Store supposedly out of San Francisco.
Rosado said the website took his credit car and gave him a tracking number, but nothing ever showed up.

"They signed my name, to leave the package, but there was no package over there," Rosado said.

He googled the seller and learned their address was a Staples store that wasn’t connected in any way.

Closer inspection of their website reveals a different address at a marketplace in Kollam, India. We emailed the store but have yet to receive any response.

Need a laptop? Here’s some tips: stick with known retailers, check reviews of any web seller and beware cheap or used laptops on Craigslist or Facebook.

Luckily, Rosado paid by credit card and has filed a dispute, which means he should be able to  get a refund this time.