First discovered in India, the variant could be more contagious than its predecessors. Experts are hopeful current vaccines are effective against it. 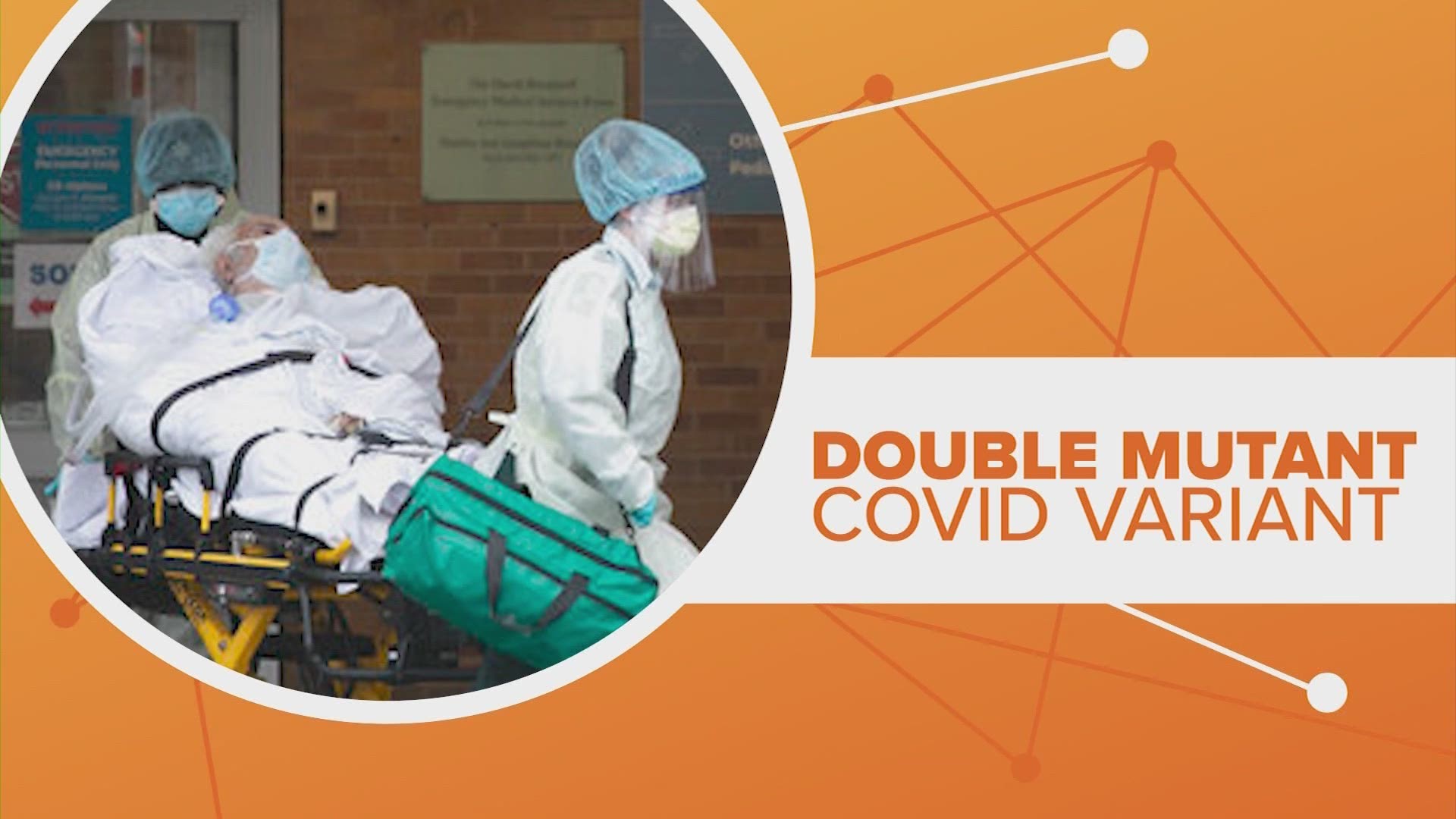 As the race to vaccinate Americans against coronavirus continues another variant has been found in this country.

This so-called double mutant variant was first discovered in India. As you could guess this variant contains two mutations to the coronavirus.

The mutations have been seen before in different variants; one is similar to a so-called California variant and the other was found in variants discovered in Brazil and South Africa.

The first case of this double mutant in the United States was diagnosed in a patient in the San Francisco area.

Experts are concerned these mutations make the variant more contagious. That’s because both help the virus latch onto cells.

India first revealed the double variant's existence in March of this year, and now, cases are surging in the country.

In one hard hit Indian state, cases have increased 50 percent in just a week.

However, political leaders claim the new variant is not necessarily to blame, instead pointing fingers at large gatherings.

More research is needed on this double mutant variant, but experts are hopeful the current vaccines will be effective against it.

Despite the lack of hard data they point to the fact that the vaccines work on these same mutations seen individually in other variants. But the emergence of these new variant of concern reinforces to health officials that wide spread vaccinations are needed to stop the creation of new mutations.