Here's what is causing chicken prices to rise across the US

There has been an increased demand for chicken, and industry experts are pointing to a series of unprecedented events as the leading cause. 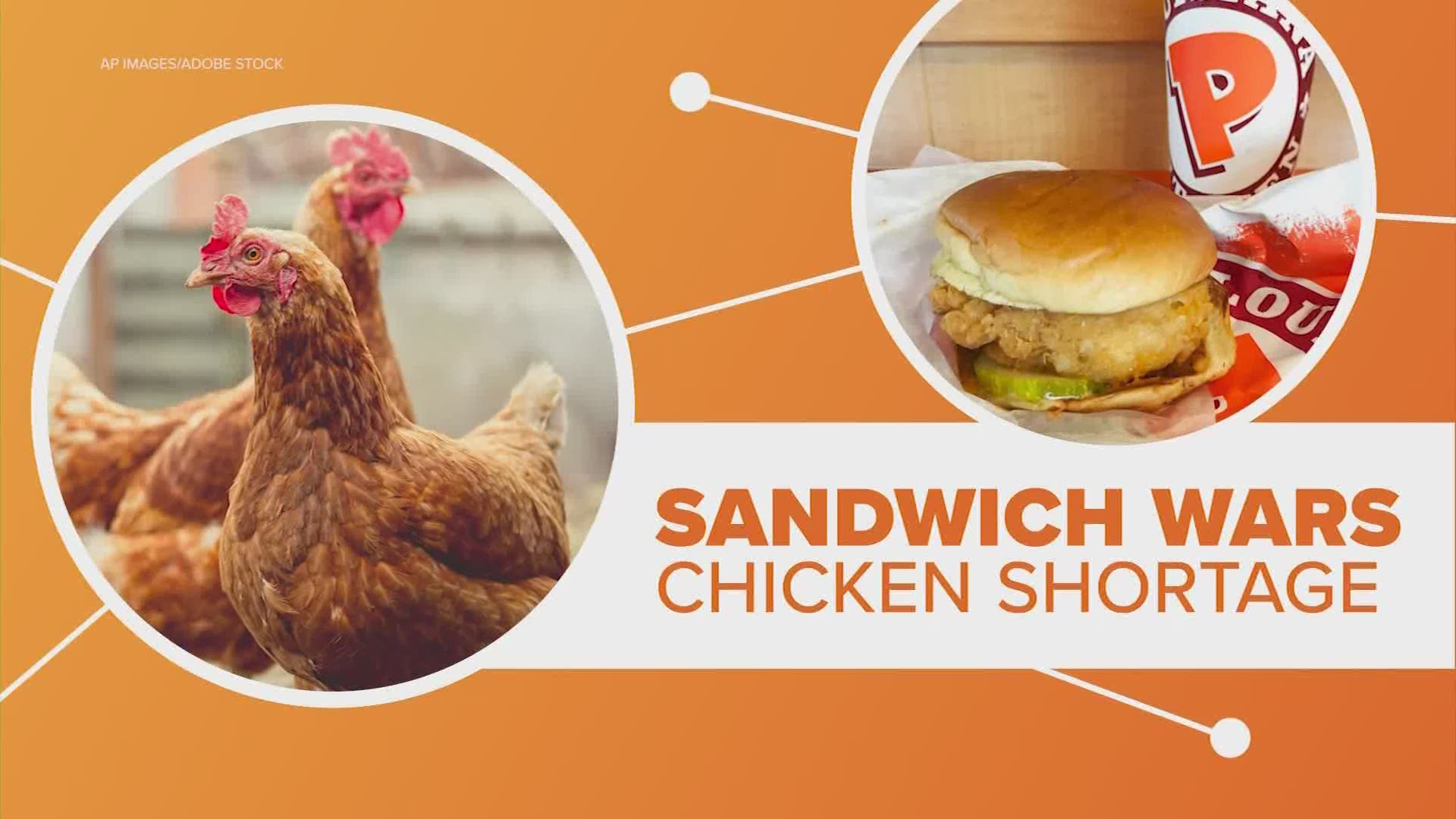 HOUSTON — The fast-food chicken sandwich wars and winter storm are being blamed in part for a nationwide chicken shortage.

The chicken sandwich wars started back in 2019, when Popeyes released a new sandwich. People fell in love and felt the need to post about it on social media…a lot! Just two weeks after it dropped, Popeyes had to announce they were sold out.

Let’s just say its competitors noticed and everyone from McDonald’s to KFC launched their own versions of the clout worthy chicken sandwich. Sales continue to soar despite what McDonald’s describes as a ”tightening in the domestic chicken supply."

According to the Washington Post, we can’t blame this all on the battle of the fast-food big boys. Poultry companies say their biggest problem is finding labor. Some chicken processors were hit hard when coronavirus spread through their plants. And the pandemic has also increased the demand for fried chicken as people turned to comfort food that was easy to deliver.

There's also the winter storm in Texas back in February, but it didn't just hit the Lone Star State. Arkansas, Oklahoma, Louisiana and Mississippi were all affected. These are some of the nation's biggest states for poultry farms.

Those farmers dealt not only with extreme cold but also power outages, resulting in some big losses.

All this adds up to a chicken shortage for all of us.