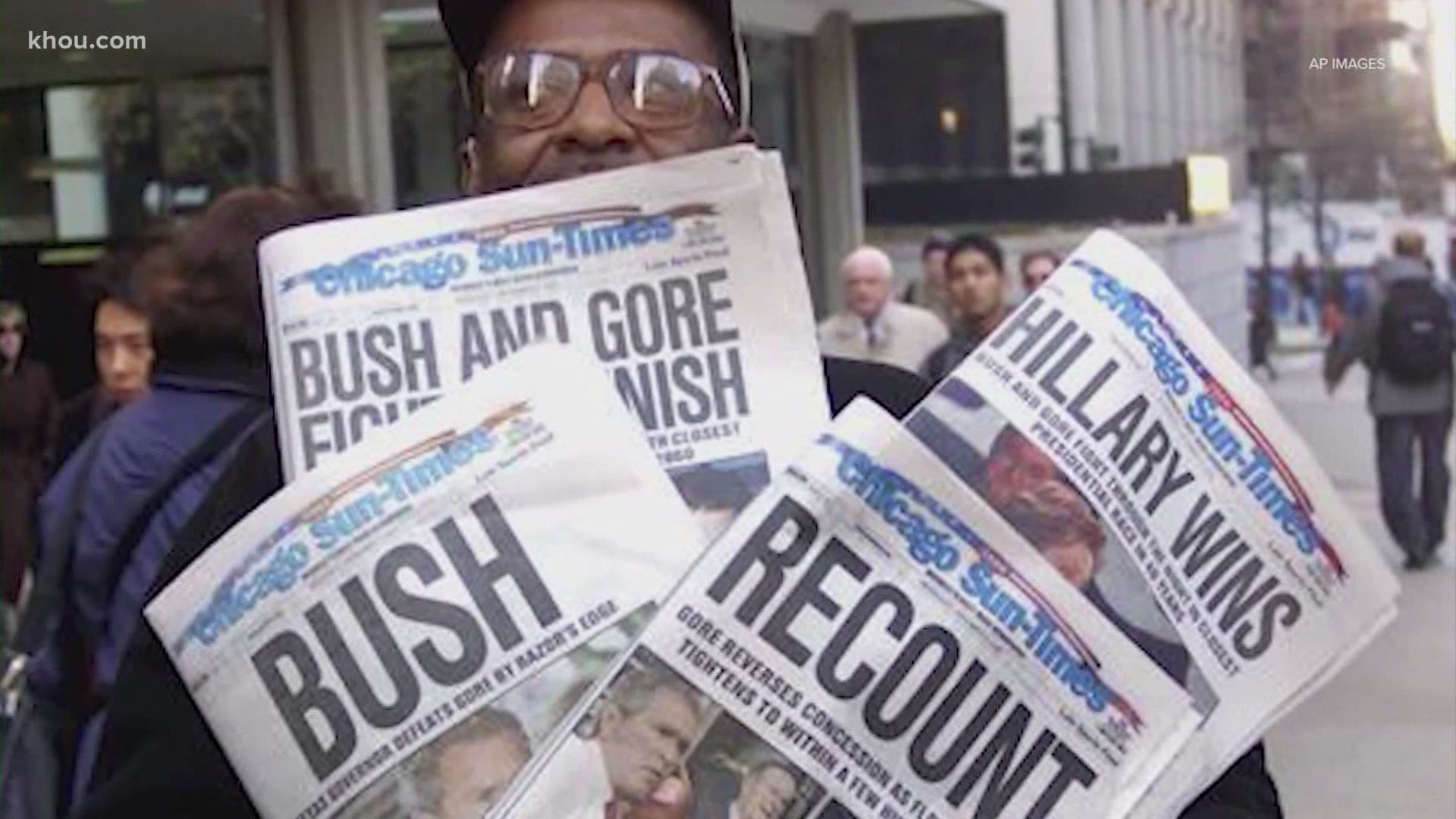 They say hindsight is 2020. But this year, we're not so much worrying about the past but whether history could repeat itself.

I'm talking the about the 2000 election between Al Gore and George W. Bush. Some experts say the Supreme Court ruling that year could foreshadow what's coming this year.

In 2000, the presidential election caused chaos when Florida was too close to call, prompting recounts, lawsuits, challenges and more recounts. It dragged on for weeks! Results were delayed until December.

Eventually, the supreme court decided by a 5-4 margin the recount in Florida was unconstitutional.

Some political experts worry, this election could prompt similar legal challenges. President Donald Trump has already questioned the legitimacy of mail-in ballots, alleging they are rife for fraud although it’s a claim most election experts dispute.

The pundits point out President Donald Trump just ushered in a new Supreme Court justice and has made remarks that the high court could have a hand in deciding the election's outcome.

And that's why some election watchers worry; we could be in for another long, disputed election of that could play out in the courts in 2020.