A man was taken into custody after Houston police said they believe he was driving intoxicated and caused a wrong-way crash on the Southwest Freeway. 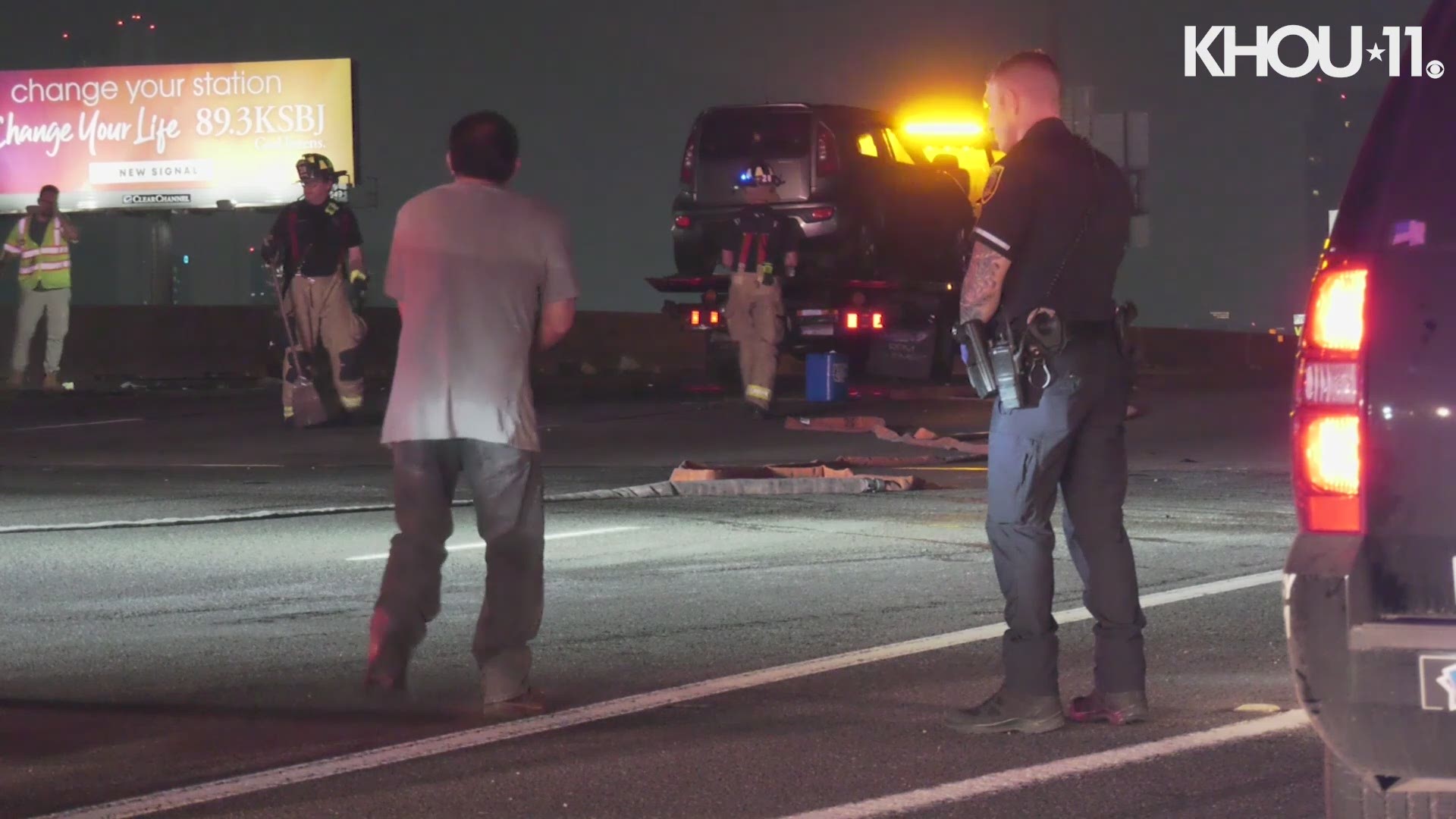 HOUSTON — A man was taken into custody Wednesday night after he crashed his truck into oncoming traffic on the Southwest Freeway and failed a sobriety test, according to police.

Around 11:15 p.m., the man was driving a Ford truck on the wrong was of US-59 at Renwick Drive when police said he crashed into a small sedan.

The driver of the sedan was taken to an area hospital in unknown condition.

The man who was driving the truck was not injured and was detained at the scene.

Officers performed a field sobriety test and took the man into custody on suspicion of driving while intoxicated.

The freeway was closed for about 45 minutes while first responders cleaned up the scene.

RELATED: Pickup driver accused of fatal DWI hit-and-run with child in his truck