Thousands of Houston Police Department cases could now be in jeopardy after the sprinklers went off inside of an HPD property room on Tuesday. Now there's a scramble to figure out if any evidence was damaged. 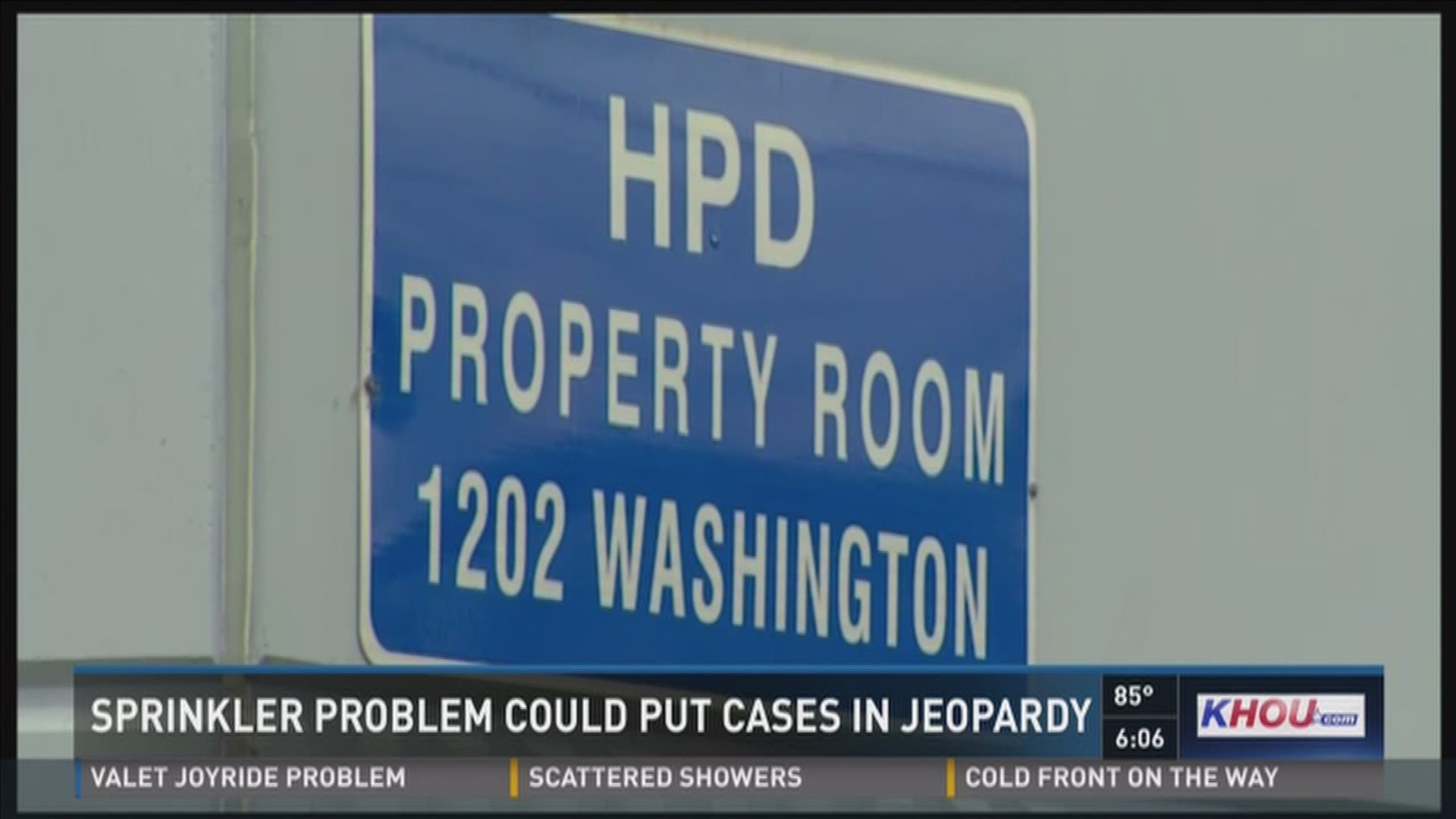 Thousands of Houston Police Department cases could now be in jeopardy after the sprinklers went off inside of an HPD property room on Tuesday. Now there’s a scramble to figure out if any evidence was damaged.

Houston Interim Police Chief Martha Montalvo said Wednesday afternoon investigators are still looking into how those sprinklers went off, but she believes it’s an accident. Now she says they’re double-checking every other sprinkler in the building, while the District Attorney’s office tells KHOU this incident could impact as many as 4,200 cases.

After watching more than 100 cases implode after the evidence destruction in Precinct 4, Flood says defense attorneys all over town are bracing for a possible Round 2.

“I was talking to a colleague today, and the question came up: ‘Is there any evidence left in the county?’” Flood said. “This could affect thousands of DWIs. We heard that they were toxicology kits.”

Evidence was stored inside a freezer inside the HPD property room.

“It was DNA, from what I understand,” Montalvo said. “At least at this point, from what I’m being told, it didn’t involve sexual assault cases.”

Montalvo says officers responded as soon as that defective sprinkler went off around 12:15 p.m. Tuesday, with a small area containing boxes and envelopes getting wet.

“When you open these boxes, they’re like sealed in plastic bags and several layers of seal in there,” Montalvo said. “So I’m not too concerned.”

Now the Houston Forensic Center is checking each piece of evidence for damage and making sure there’s no cross contamination.

“We’re not just going to be like ‘OK, it happened, everything’s fine,’ and just move on,” said Mayor Sylvester Turner. “Let’s just put it out. Let’s make sure we contact everybody, let everybody do their assessment, and if by chance something was compromised or contaminated, then let’s just be out front with it.”

Mayor Turner says it should take about a week to go through all of the evidence.

Members of District Attorney Devon Anderson’s office say they’re working on identifying any criminal cases that may have been involved and will then notify the attorneys associated with those cases.