The HPD sergeant burned his hands while trying to remove debris. 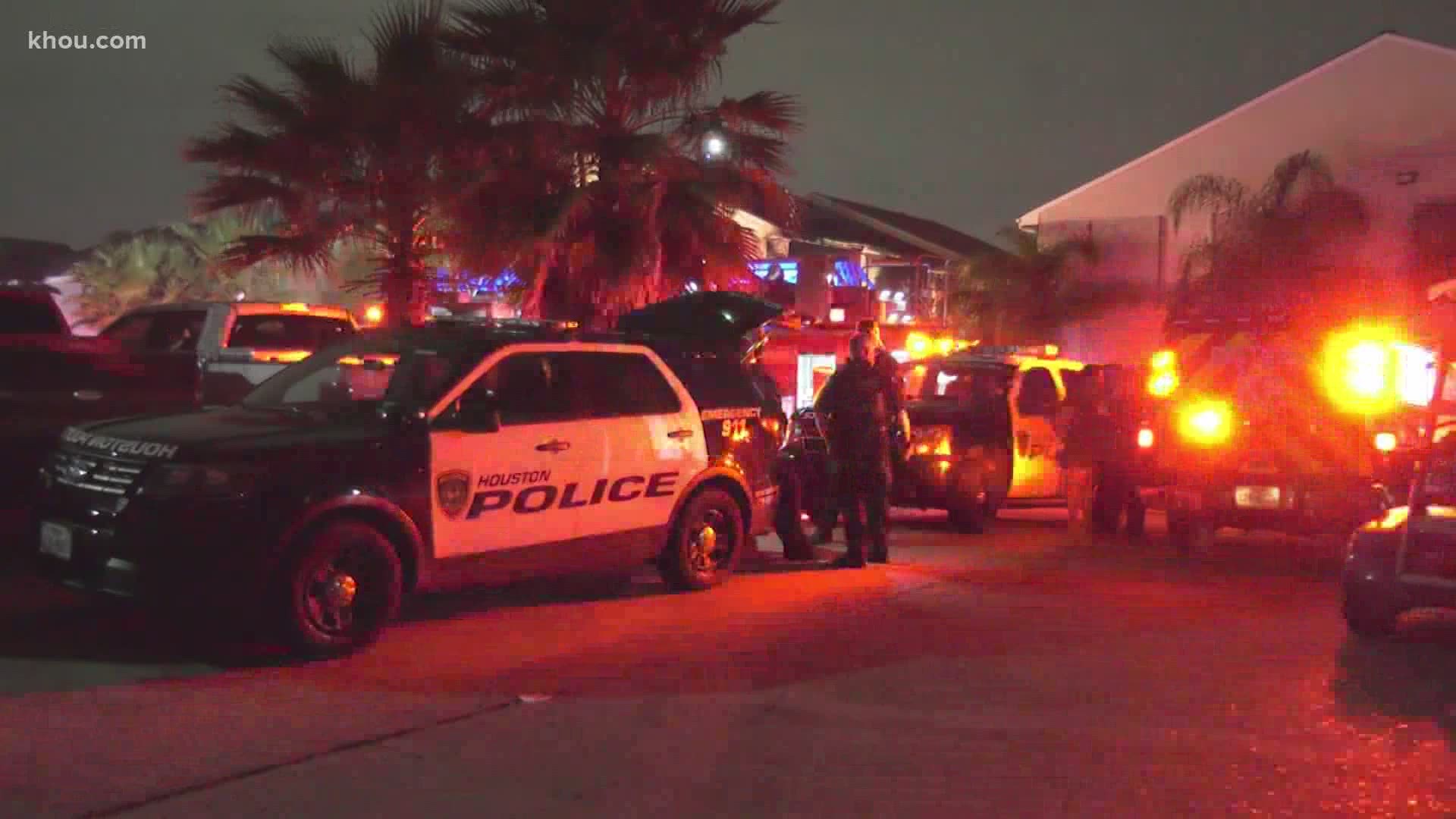 HOUSTON — Several Houston police officers were at the right place at the right time Saturday when a huge fire broke out at an apartment complex in southwest Houston.

The officers were working another call in the area when they spotted an apartment engulfed in flames in the 8800 block of S Braeswood Boulevard.

The officers immediately went into rescue mode, working quickly to get residents to safety.

A sergeant with HPD burned his hands while trying to remove debris to get to residents. He had to be treated for his injuries.

Two officers were able to get on the roof of the burning building and rescue a resident from their balcony.

Ultimately, all of the residents were able to get out of their apartments safely and no other injuries were reported.

When firefighters arrived on scene they were able to put out the fire quickly.

"God always have angels on you," said Jeffery Craft who lives in the apartment complex. "When you don’t think they on you they on you. I thank the officers and firefighters for being here for us."

One apartment building was a total loss. The person who lived in the apartment where the fire started told police they suspect someone intentionally set their unit on fire.

Arson investigators have been called to investigate.