Houston Rockets owner Tilman Fertitta said he is contributing $40,000 and an anonymous donor an additional $25,000 toward the $10,000 reward. 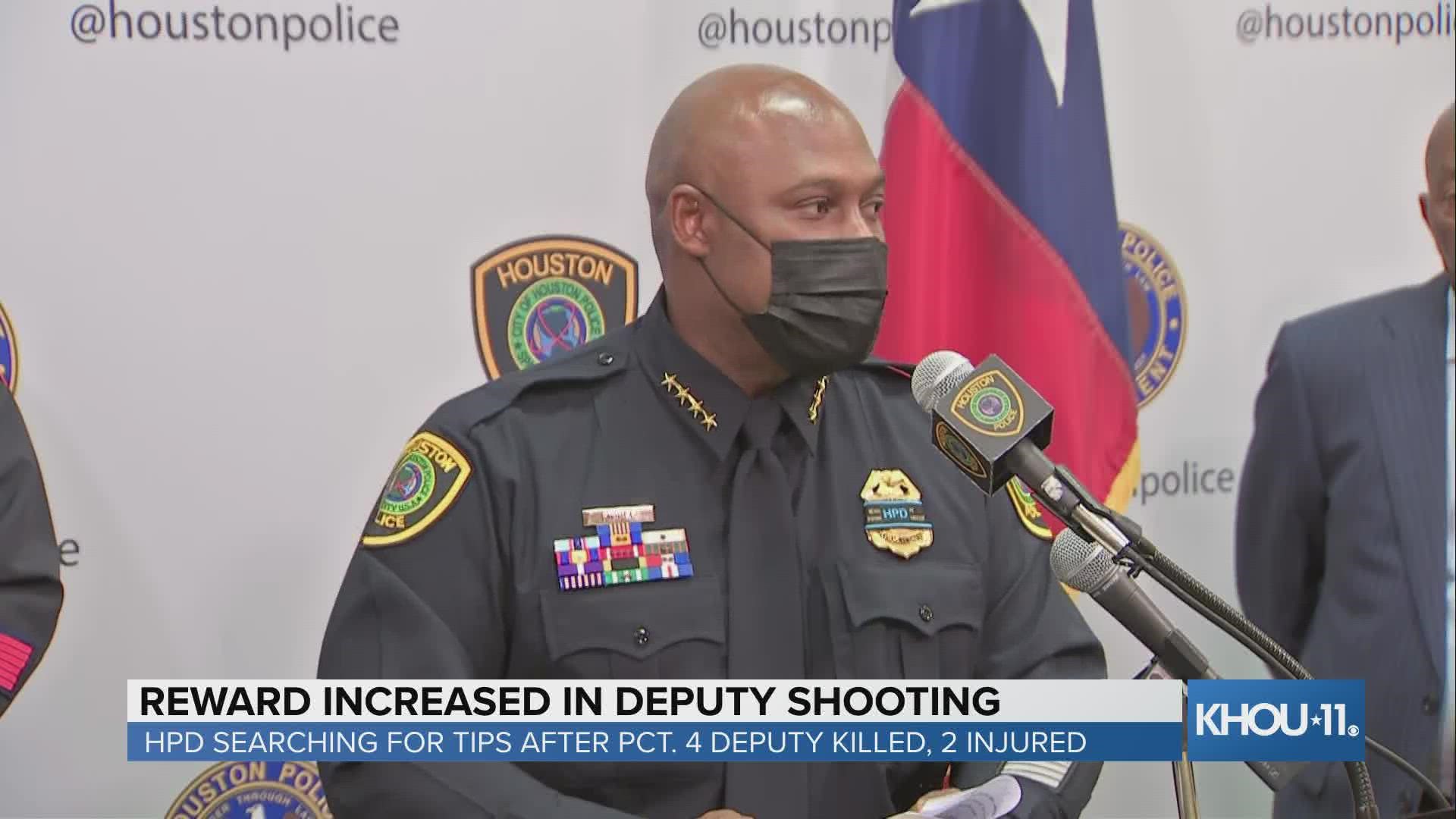 HOUSTON — There are still no arrests in the weekend shooting of three Harris County Precinct 4 deputies. Houston police hope an increased reward will lead to a break in the case.

A total $75,000 is being offered for any information that could lead to an arrest or suspect in the case, officials announced during a press conference Wednesday.

Crime Stoppers of Houston had just increased the reward to $10,000 for tips when Houston Rockets owner Tilman Fertitta, who was also in attendance, said he would be adding $40,000 for the reward.

He said an anonymous donor would be contributing an additional $25,000.

“This is just unbelievable that once again we’re here,” Fertitta said. “This isn’t just about police officers; this is about all of the citizens of Houston.”

Media Partners: We will have a news briefing at 1 pm today at HPD HQ at 1200 Travis to announce an increase in reward monies for information leading to the identity, arrest & charges of a suspect in this shooting investigation of three @Pct4Constable deputies. #hounews https://t.co/B9s2CCCneX pic.twitter.com/cqCFb7tGe1

Barthen was hit in the foot and was released from the hospital on Wednesday.

Garrett was shot in the back. He remains hospitalized as of Wednesday, and according to his fiancée, he has undergone multiple surgeries.

"My plea is very simple," Mayor Sylvester Turner said. "For those who have information, I don't care how much or how small, you have an obligation and a responsibility to provide that information."

If you have any information that can help Houston police in this investigation, please call Crime Stoppers of Houston at 713-222-TIPS (8477).

This is a story we’re following on KHOU 11 today.  Watch for updates from reporter Anayeli Ruiz throughout the day.

Deputy @Pct4Constable Jaquim Barthen was just release from @memorialhermann hospital. He was one of 3 deputy constables shot over the weekend. His brothers in blue right by his side cheering him on! @KHOU pic.twitter.com/HzIXgXXOzQ