Houston police say he was found overnight with a gunshot wound to the leg and taken to the hospital. 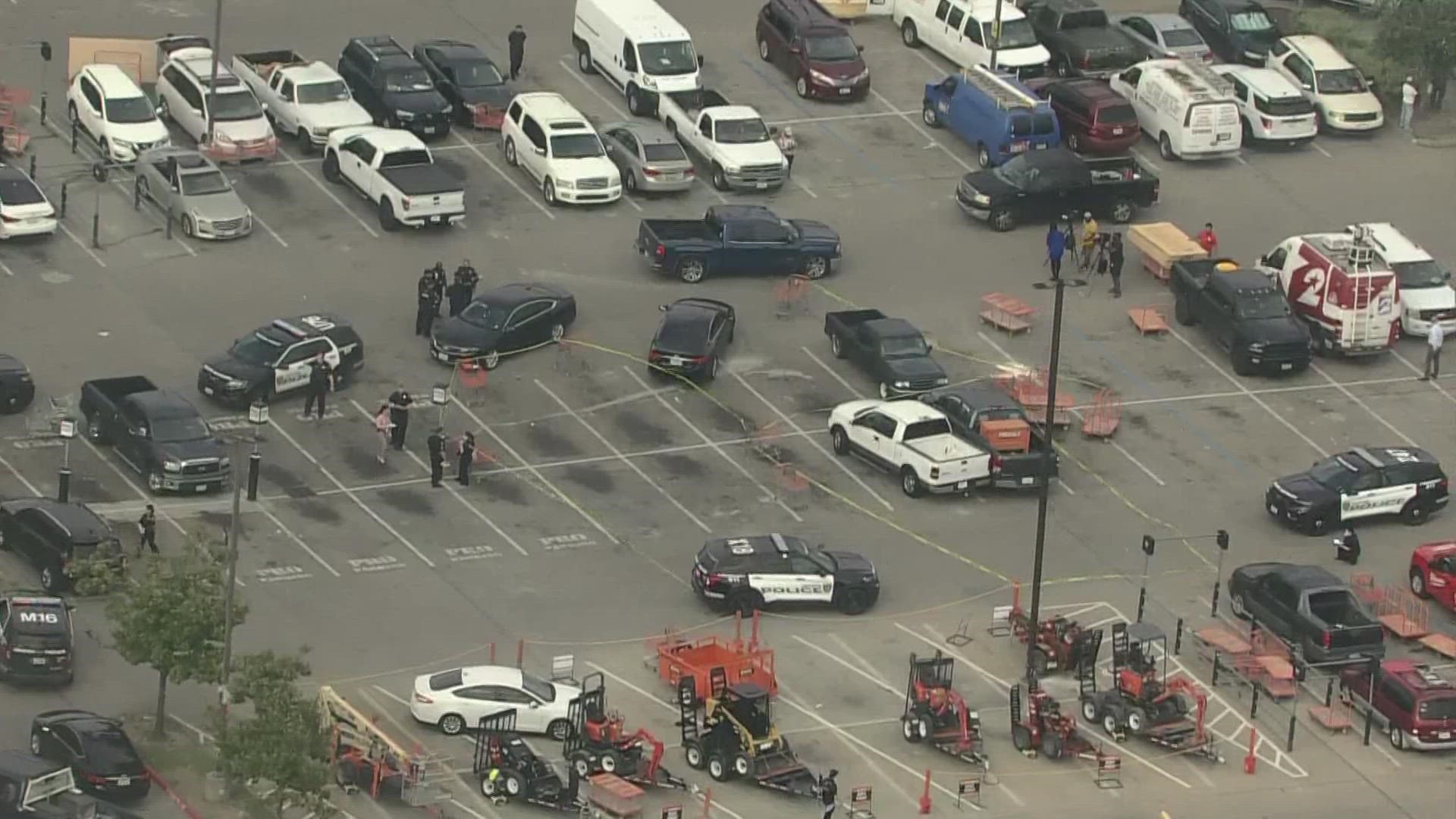 HOUSTON — Houston police have arrested a man accused of dragging an off-duty officer several yards Wednesday in the parking lot of a Home Depot in the Gulfgate area.

Police have identified the suspect as 47-year-old Euless Pettus. He's been charged with aggravated assault of a peace officer and felony evading in a motor vehicle.

HPD tweeted about 6:20 a.m. Thursday that he was taken into custody overnight. Police said they were acting on a tip when they found him.

Investigators said Euless had a gunshot wound to the leg and was taken to the hospital.

Editor's Note: The above video was published before the suspect was captured.

The call first came in as reports of a crash about 10:20 a.m. Wednesday at the hardware store in the 6800 block of the Gulf Freeway near Woodridge Drive.

HPD Asst. Chief Patricia Cantu said the officer was dressed in full uniform while working an extra security job at the store. It was reported she was dragged for about 100 feet.

"When I watched the video I was disturbed," Cantu said. "I was disturbed at the recklessness and just disregard for anyone — whether they’re an officer or not — being dragged by a vehicle."

ARRESTED: Acting on a tip, officers arrested this suspect overnight. Officers observed the male had a gunshot wound to one of his legs. He was taken to a hospital.

No other info at this time. We will provide the male's identity when charges are filed. #hounews https://t.co/52aiD7dJVu

According to investigators, it all started when the suspect was confronted by the store's loss prevention personnel as he tried to leave the store with over $900 worth of copper wire.

Cantu said surveillance video showed the suspect and employee getting into an altercation before the man went into the parking lot.

Once outside, the officer opened the passenger-side door of the suspect's vehicle to confront him but he got behind the wheel and backed away, according to police.

Commanders & PIO are en route to an officer-involved shooting outside a business at 6810 Gulf Fwy near Woodridge. Prelim info is an off-duty HPD officer discharged a weapon at a suspect fleeing the business in a vehicle about 10:20 am. It's unknown if the suspect was struck. 1/2 pic.twitter.com/8t0sw9QYTk

Cantu said the officer fired her weapon multiple times while being dragged. At the time, it was unclear whether the suspect was hit.

Cantu said the suspect escaped in a black Chrysler 300 with chrome rims but left empty-handed.

She was later taken to the hospital with road rash to her shoulder, legs and arms. She is reported to be doing OK.

Fortunately, no shoppers were hurt during the incident. 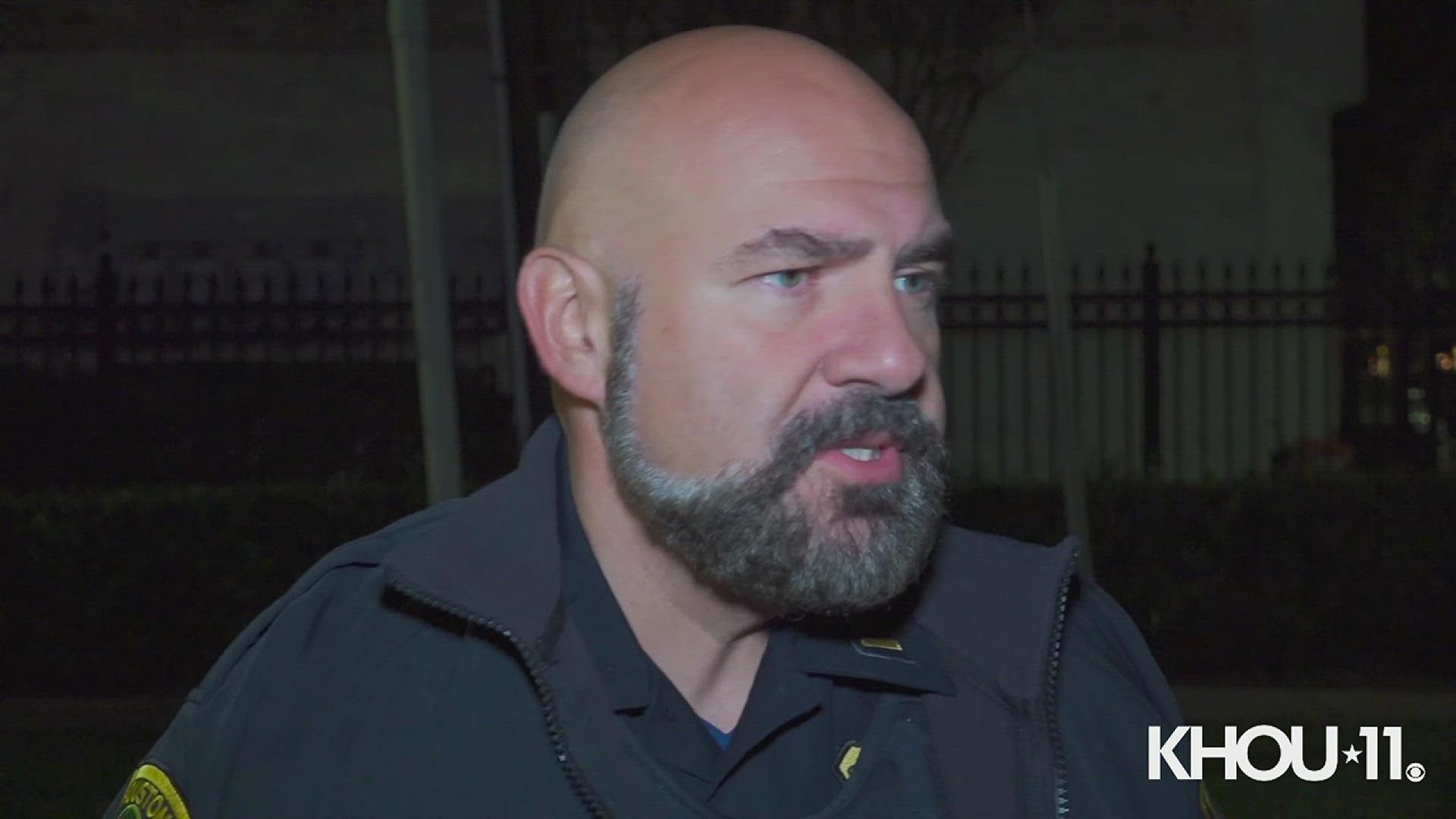 HPD: Man found shot in the back of the head near bike trail in Greater Third Ward