Houston police said the victim was crossing the street about 6:45 a.m. Monday when the accident happened. 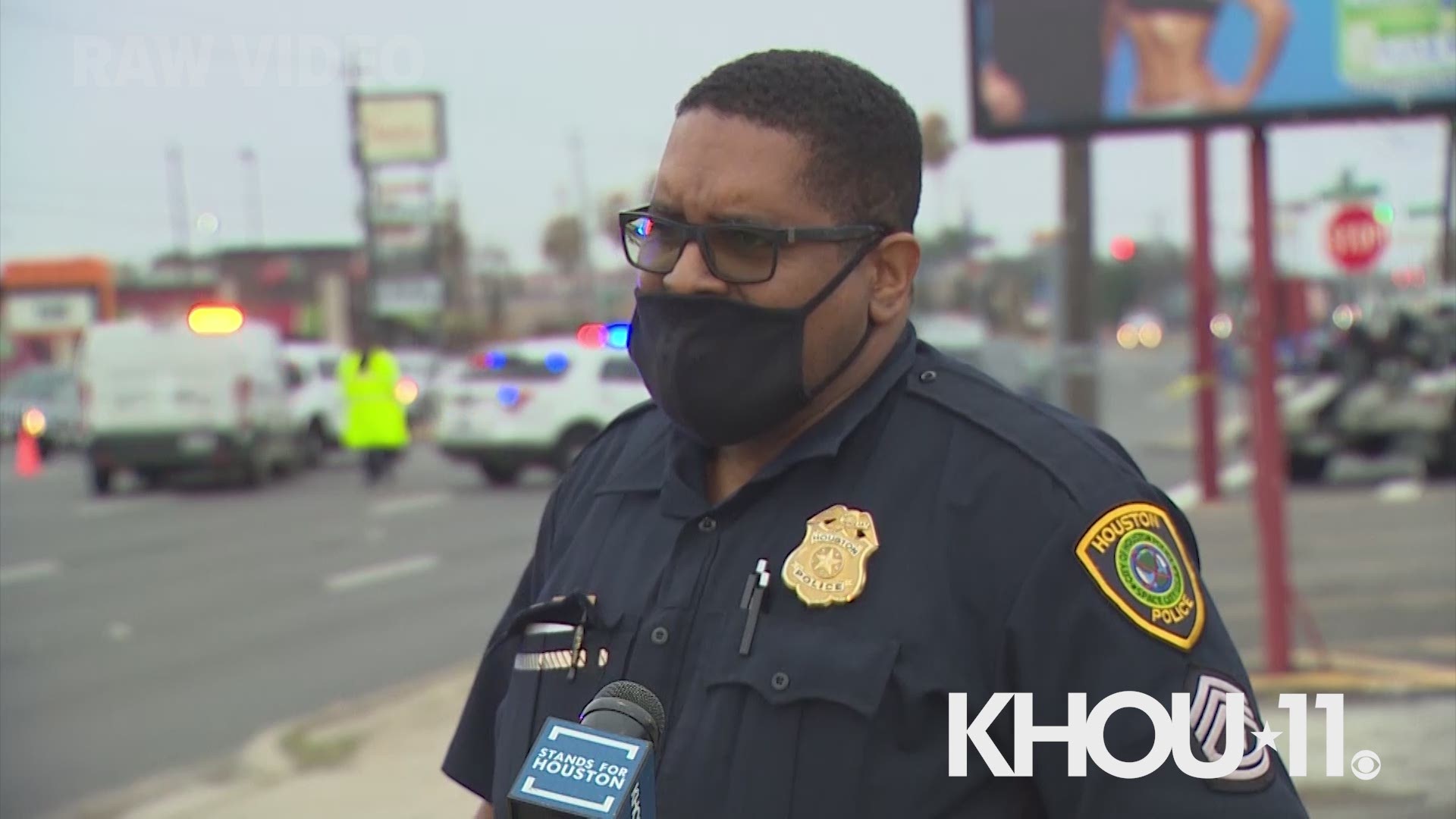 HOUSTON — A man was struck and killed Monday while trying to cross Westheimer Road near the Galleria area, the Houston Police Department confirmed.

It happened in the 6100 block of Westheimer Road near Potomac about 6:45 a.m.

Investigators said a man, 82, was trying to cross the esplanade and was not in a crosswalk. He had made it halfway across when he was stuck by a Hyundai SUV.

HPD Sgt. Karl Harris said the driver, 54, was not impaired and is cooperating with the investigation. Police said the crash was most likely accidental.

Vehicular Crimes investigating a fatal auto-pedestrian crash at 6100 Wesstheimer Blvd. that occurred about 6:45 a.m. Preliminary info is one person deceased.

No other info at this time, as the investigation is ongoing. Avoid the area. #HouTraffic #HouNews pic.twitter.com/j5tD7joAfx

Police are also speaking with other witnesses as the investigation continues.