The crash happened during a brief chase in east Houston. 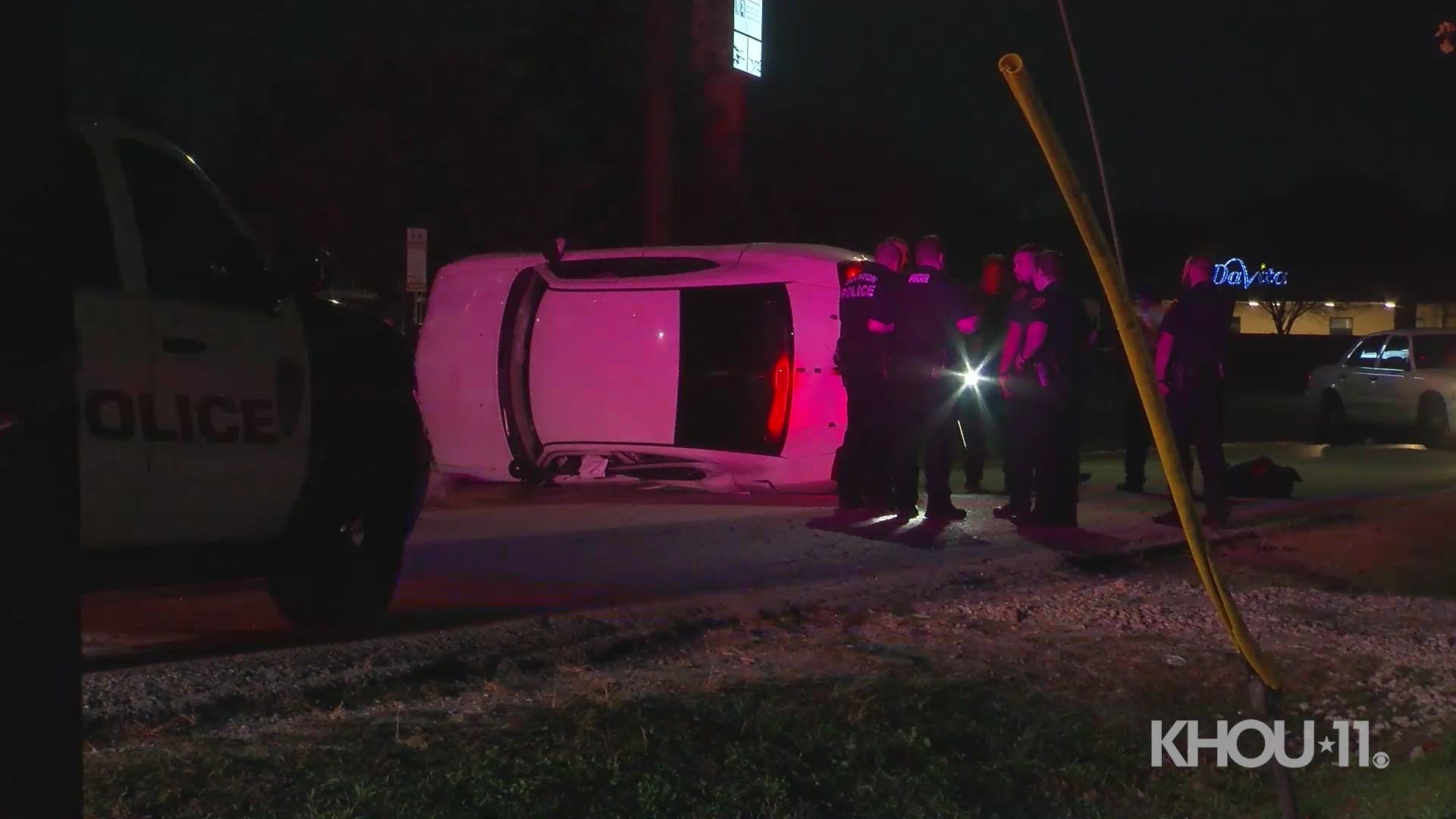 HOUSTON — A Houston police officer escaped serious injury early Friday when she flipped her patrol car during a pursuit.

The incident happened shortly after 12 a.m. in the 800 block of Boyles in east Houston.

Police said a DWI Unit was chasing a suspect when the officer hit a pothole, flipping the patrol car on its side. The vehicle caught fire, but the officer was able to get out without any serious injuries.

The suspects got away after the brief pursuit.

A description of their vehicle was not immediately released.