"The reason I’m here is I believe that God meant for us to be here on this day because of my personal faith," Acevedo said when introduced as chief of Miami PD. 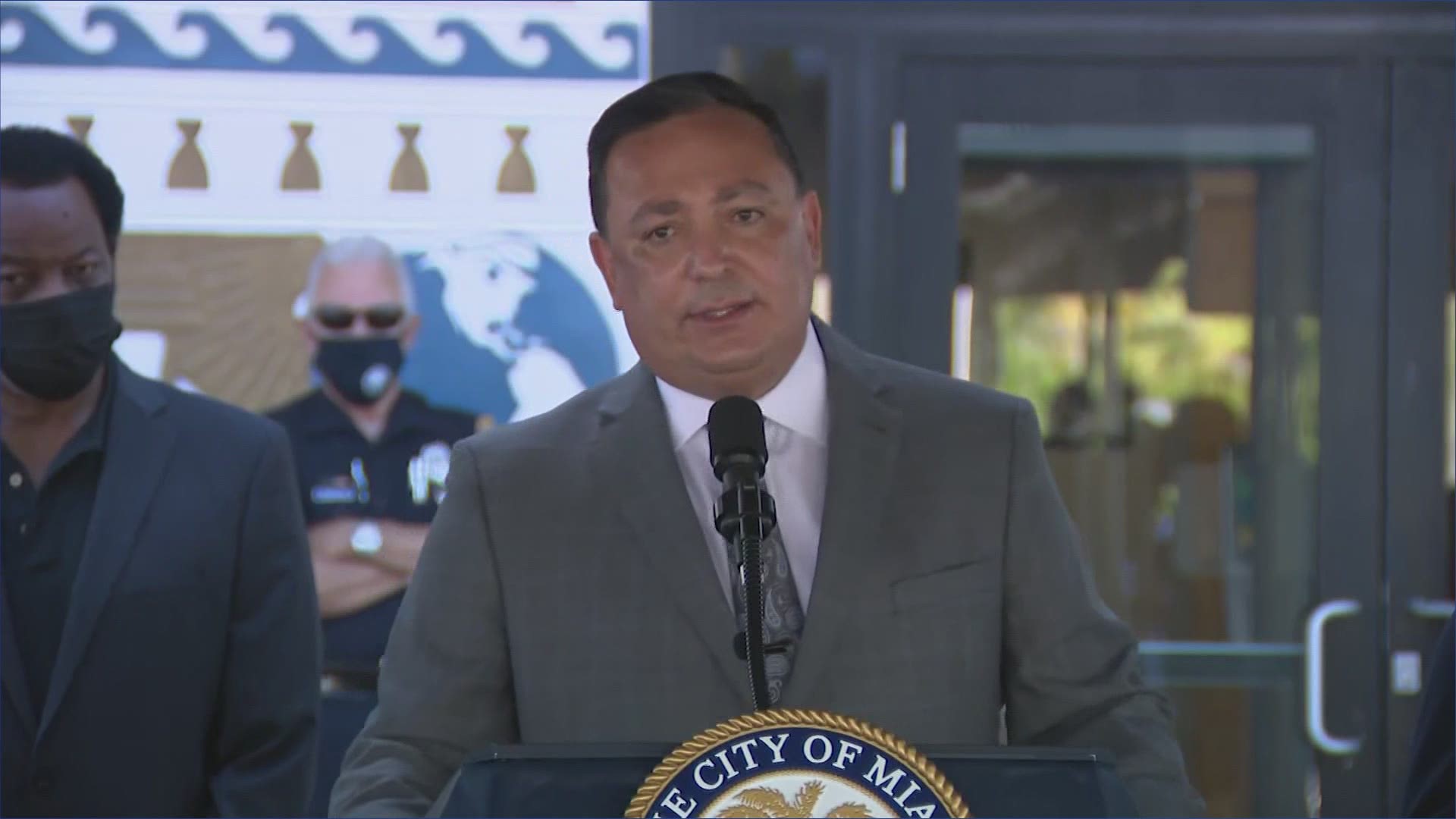 Acevedo said he wasn't looking for the opportunity and initially turned down the Miami job, but called the decision to leave a "journey of faith."

"And I was contemplating what's next -- because politics or not, in my heart as you know, I have no home -- I piss off the left and right because they're both extreme, but service is in my heart, and making a difference is in my heart," he said after being introduced in Miami.

"He was the first Hispanic to lead the Houston Police Department, which really helps him understand the complex issues in the Hispanic community and will help make a smooth transition to the Magic City," Noriega said.

"We went out there and got what I feel is America's best chief," Miami Mayor Francis X Suarez said.

Acevedo stressed that it's a critical time for policing in our nation.

"We’re living in a time in our nation’s history where the American people are hurting. There’s a lot of pain in this nation," he said. "And unless we take the time to feel that pain, process that pain, acknowledge that pain of communities of color that disproportionality are impacted by bad policing, we will never get beyond the summer of 2020."

The chief also touted the importance of community policing.

"We’re in the people business - relational policing. It’s about transparency. It’s about respect. It’s about engaging people in the good times where you can build on the emotional capital that you’re gonna have to draw on in the bad times. It’s about accountability," Acevedo said.

Acevedo has faced a number of challenges in Houston, including a botched raid that led to the deaths of an innocent couple and murder charges against ex-HPD Officer Gerald Goines.

There have been other controversial officer-involved shootings and several Houston police officers have been shot and killed during Acevedo's term. Jason Knox died in an HPD helicopter crash and COVID claimed the life of Senior Officer Ernest Leal Jr.

In an email to HPD employees, Acevedo called his decision to leave bittersweet after everything the department has been through -- from Hurricane Harvey to a Super Bowl, two World Series, marches in support of George Floyd and last month's deadly winter storm.

He said HPD is in good shape with an excellent command staff.

"They are well-positioned, they have a playbook and, not only that, they’re smarter than me," he said. "They will take a department that we’ve moved in the right direction, and they’re gonna move it forward."

Acevedo will stay on at HPD a few more weeks during the transition. Mayor Turner plans to announce the interim chief later this week.

Acevedo has ben Houston's top cop since Mayor Sylvester Turner appointed him to the position in 2016.

WATCH: A look back at Chief Acevedo's bold changes, statements

Acevedo, who was born in Cuba, came to the U.S. when he was four years old.  He grew up in California and attended the University of La Verne, where he earned his Bachelor of Science degree in Public Administration.