HPD: Innocent woman killed in crossfire during shooting at apartment in northwest Houston

Houston police currently have two suspects in custody and are searching for others who may have been involved. 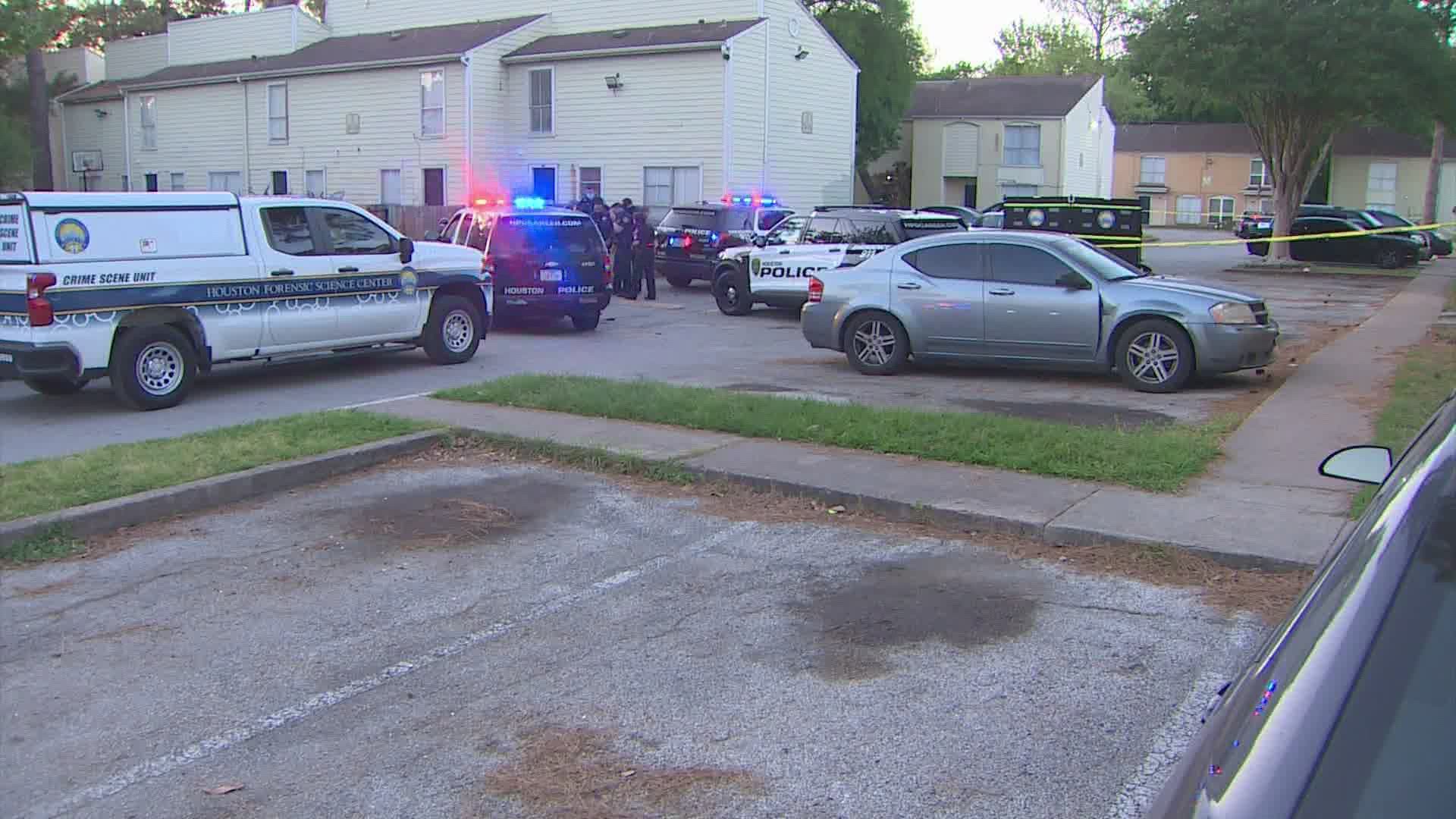 HOUSTON — A young woman shot to death at an apartment complex in northwest Houston was an innocent bystander, according to investigators.

Houston police responded to a shooting call at 3:30 p.m. Saturday inside the Ansbury Apartments in the 6200 block of West Tidwell Road near Antoine.

Investigators said there was a confrontation between two men, during which one of the men fired a weapon and fatally shot the woman. Police are still trying to figure out who fired the fatal shot.

"The young lady didn't seem to be involved in the altercation directly," HPD Lt. Lance Osborn said, "just in the wrong place at the wrong time."

She was pronounced dead at the scene. Her identity has not been released.

HPD has two suspects in custody and is looking for several other people who may have been involved, police said.

It's still unclear what started the confrontation between the two men.

Shooting Scene: 6200 W. Tidwell Rd. a female was shot and pronounced at the scene. It is unknown what lead to the shooting. Homicide investigators are on scene. #hounews CC5

If you have any information that could help police in solving this case, please call the Houston Police Department or Crime Stoppers of Houston at 713-222-TIPS (8477).