HPD: 18 people held for ransom, one forced to perform sex acts on suspects

The investigation led police to northwest Houston, where they arrested five people. 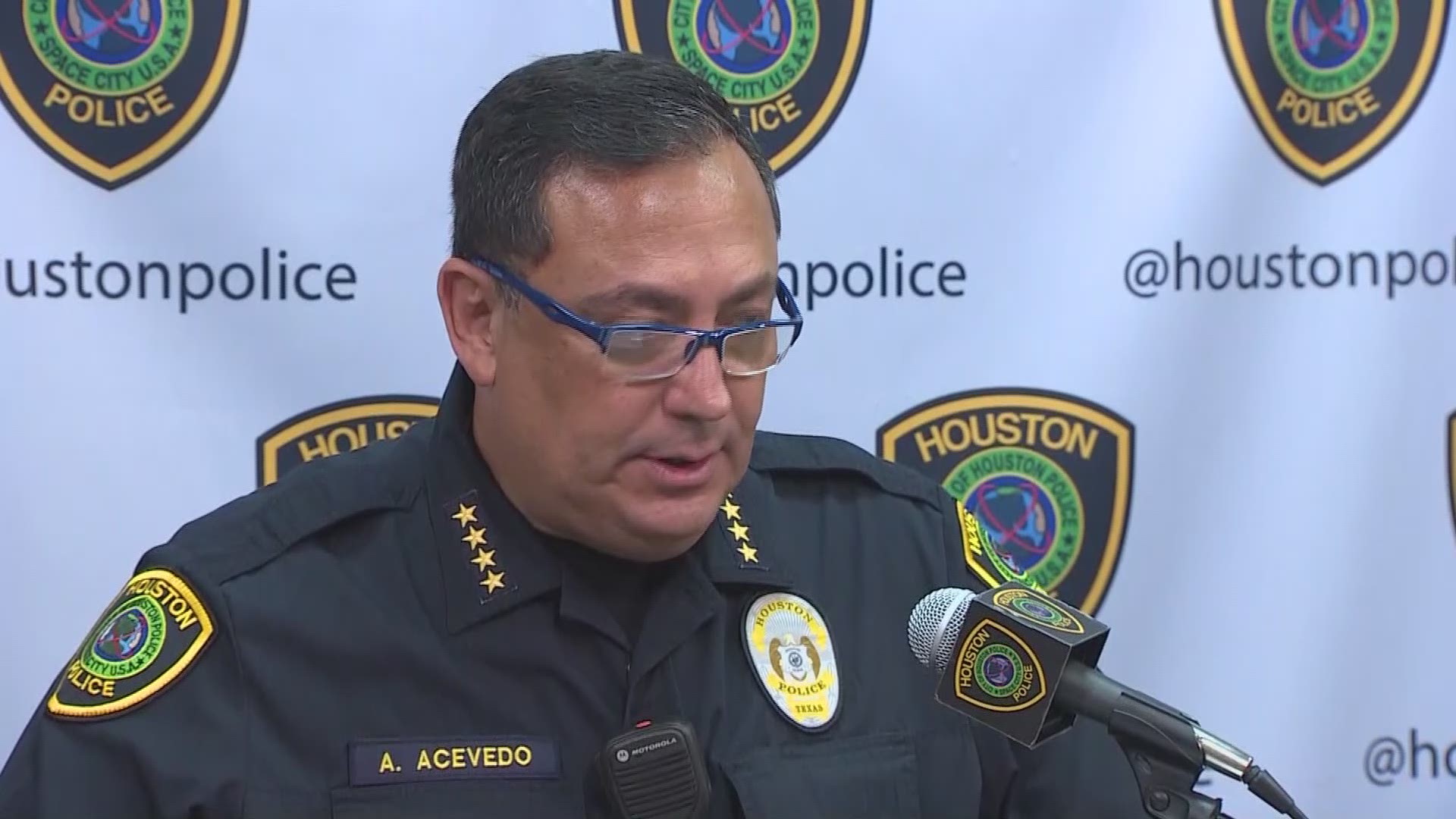 HOUSTON — Police say 18 people were held for ransom, one being forced to perform sex acts on several of the suspects.

It all happened in northwest Houston.  Police say a family member of one of the victims contacted them on June 6 to say a relative was being held and wouldn’t be released until the suspects were paid off.

A task force began an investigation and was able to pinpoint what they say was a stash house in the 10400 block of Rockcrest Road.  That's where they made five arrests and rescued 18 people.

One of the female victims had reportedly been ordered to perform sex acts on multiple suspects.

The suspects are identified as Jose Silvestre Chavarrieta-Gusman, 18; Fredy Moreno-Gil, 26; Gabriel Salazar-Bautista, 35;  Jose Manuel Aviles-Diaz, 26; and Moris Gudiel, 39. All are charged with engaging in organized criminal activity by kidnapping. Additional charges were filed on Campos-Gomez, Aviles-Diaz and Chavarrieta-Gusman.

According to federal immigration records, this is the third time Salazar-Bautista (also known as Salazar-Gama) has encountered immigration officials while in the U.S. illegally. He's been deported to Mexico twice -- in 2009 and 2013.

Moreno-Gil voluntarily returned to Mexico twice when met by immigration officials -- in 2011 and 2013.

Campos-Gomez was deported to El Salvador in September 2017.

Officials say they need to build trust in the community to stop this type of crimes from happening again.

"We always focus on relationships here with everyone that resides in this community of immigrants and this nation of immigrants and I’m just grateful that they felt comfortable enough in contacting the Houston Police Department," said HPD Chief Art Acevedo.  "Without that trust, we would still be having a home with 16 people basically being held hostage.: