The crash happened in the westbound lanes of the beltway near John F. Kennedy Boulevard. 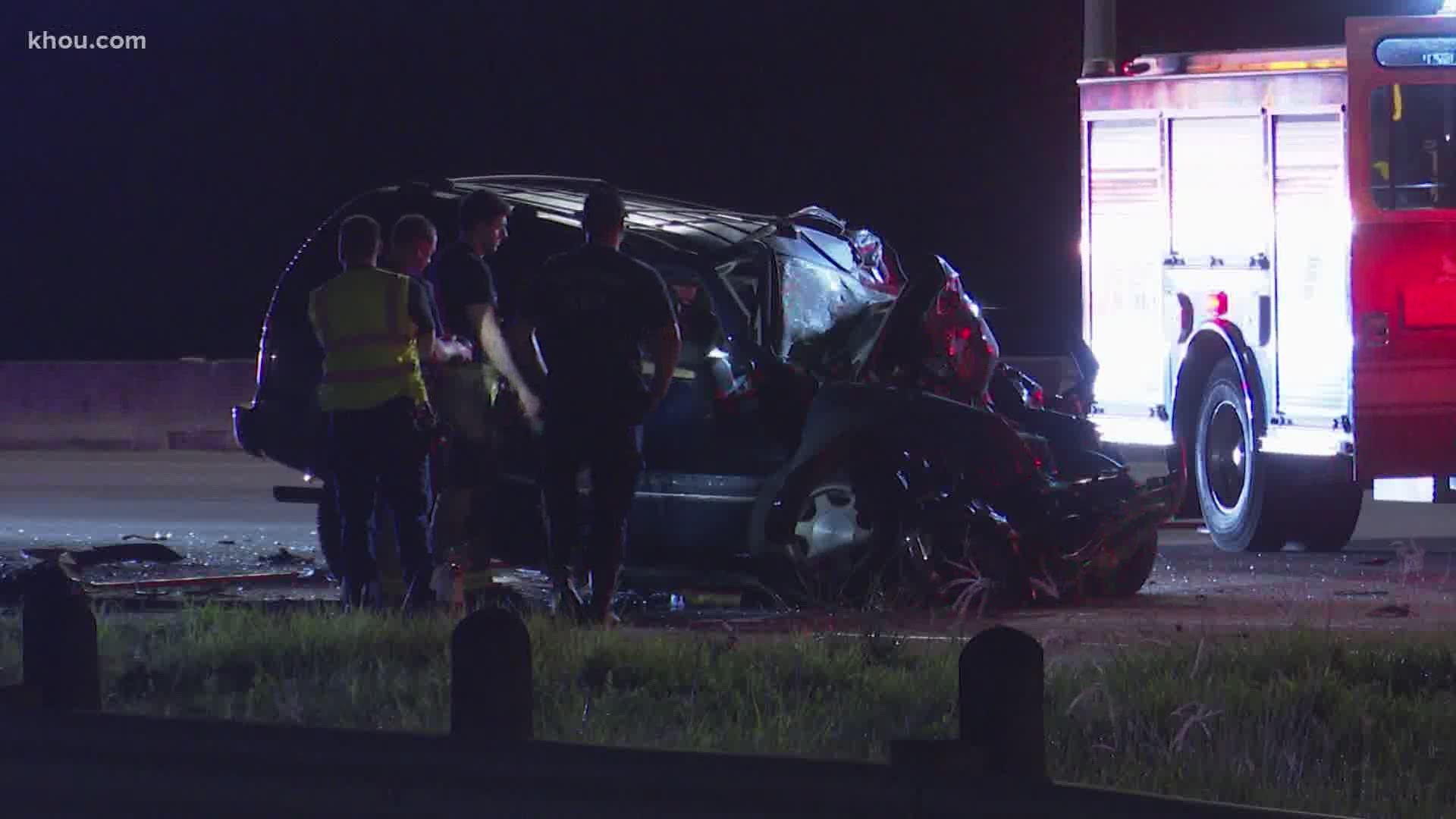 HOUSTON — A portion of Sam Houston Parkway westbound in north Houston was early Wednesday shutdown after a driver was killed in a crash with a tow truck, according to investigators.

That victim has been identified as a 23-yea-old man.

Investigators said the truck was at the scene of a burning SUV when it was struck by a blue Chevrolet Tahoe while moving into the mainlanes. It had it's emergency equipment on and had the damaged SUV in tow.

The Chevrolet driver was trapped inside their vehicle and, according to police, was pronounced dead at the scene.

It’s still unclear what caused the driver to crash.

Sam Houston Parkway westbound was shut down for several hours before reopening shortly after 7 a.m.

This incident is one of two unrelated deadly crashes early Wednesday on Beltway 8. Earlier in the night, Harris County sheriff's deputies responded to wrong-way fatality.