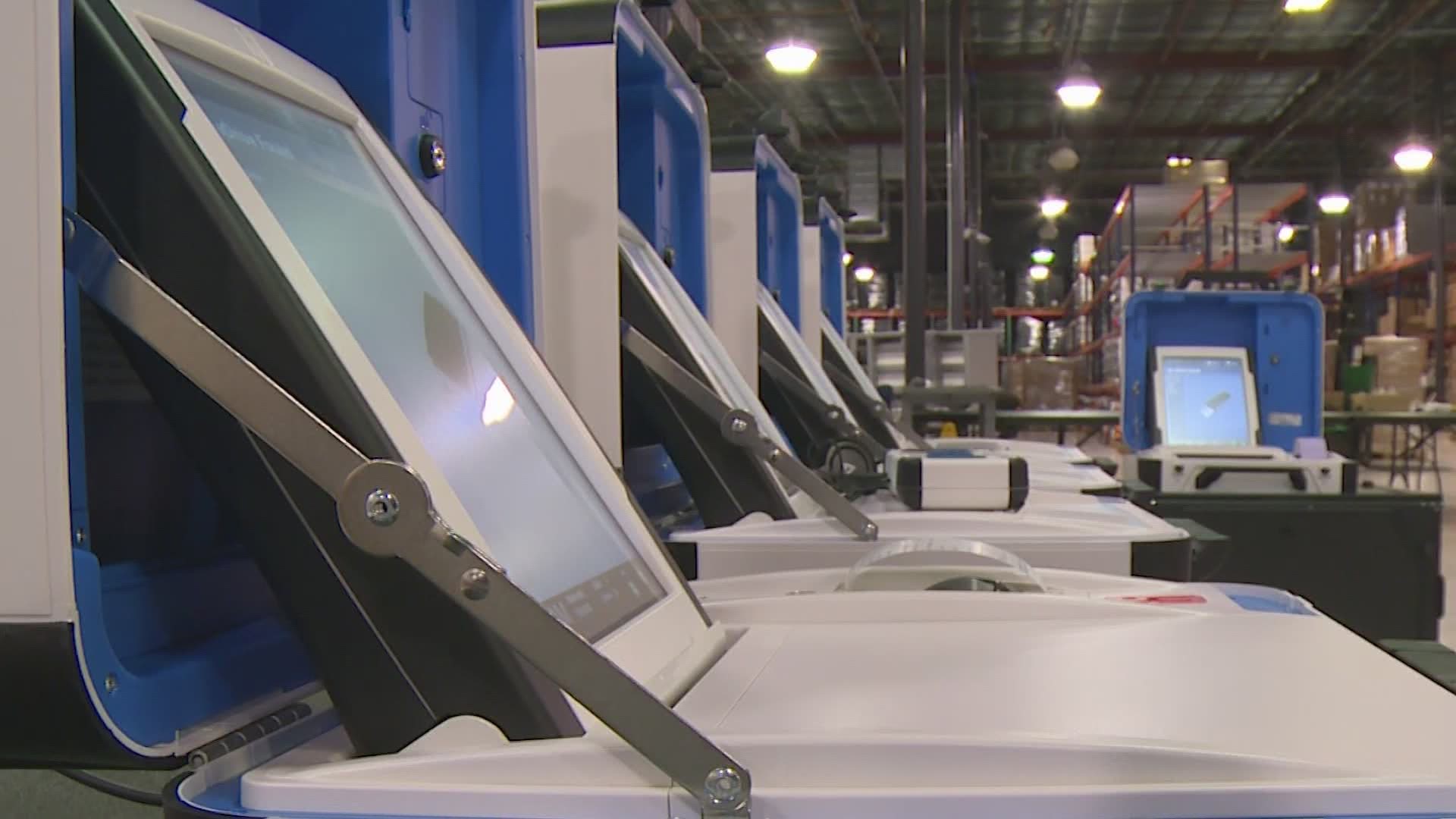 HARRIS COUNTY, Texas — As Texas politicians faceoff over proposed state voting restrictions, Harris County is moving forward with preparations for its next election. County workers are unboxing brand new voting machines which the county ordered in February. The new technology, which offers more security, replaces decades old machines that were used in the November 2020 election.

“We're running elections no matter what. We ran the May and June elections, even though they were fighting about election laws in Texas, because as much as they get to fight about it, I actually have to do it,” said Harris County Elections Administrator Isabel Longoria.

She says the new voting machines are equipped with touchscreen voting technology that allows for a real-time printing of a receipt which shows the user how they voted before they officially cast their ballot. New software, which is being installed by county workers right now, will protect against hackers and the machine counts ballots faster than current, older machines.

“If Texas legislators wanted to make elections safer in Texas, they would expand on their programs to have counties invest in new modern machines,” said Longoria who’s testified before federal and state lawmakers in recent months. Her message to politicians includes a push to make voting, which is a protected right, more accessible to all eligible Americans. Proposed legislation would restrict some available options. It’s why Longoria is concerned about proposed state legislation.

“These election bills are going to cut 24-hour voting, which hurts our doctors, our nurses,” said Longoria. “It's going to cut our drive-thru voting,” which she was used by more women than men because women enjoyed the convenience of voting while having their children in the car. “We saw it was better for seniors who, though we do have curbside voting, said, I want to vote with my family,” said Longoria. “Our Black, Latino and Asian voters were more likely to use drive- thru voting and young Latinos were more likely to use that 24-hour voting in the later hours as they're coming off of their shifts.”

She explains why expanded COVID-inspired voting options should remain.

More on #khou11 at 5 pic.twitter.com/iVbm1eaayS

“Not only did that help with the presidential election, but our December runoffs our May local elections, even our June local runoff election. We had higher than usual turnout, almost double for things like Pasadena ISD, for things like city councils.”

“Texas is one of the last states in the entire United States not to offer online voter registration,” said Longoria. “And so that's all we're asking for, is options to bring voting into the 21st century safely, securely and successfully.”

She says Harris County will continue to prep technology and train poll workers as state politicians continue to fight over the future of elections in Texas.