How did it happen? Massive water main break causes chaos in Houston

Houston is used to flash flooding during thunderstorms, but not on a sunny day without a cloud in the sky. 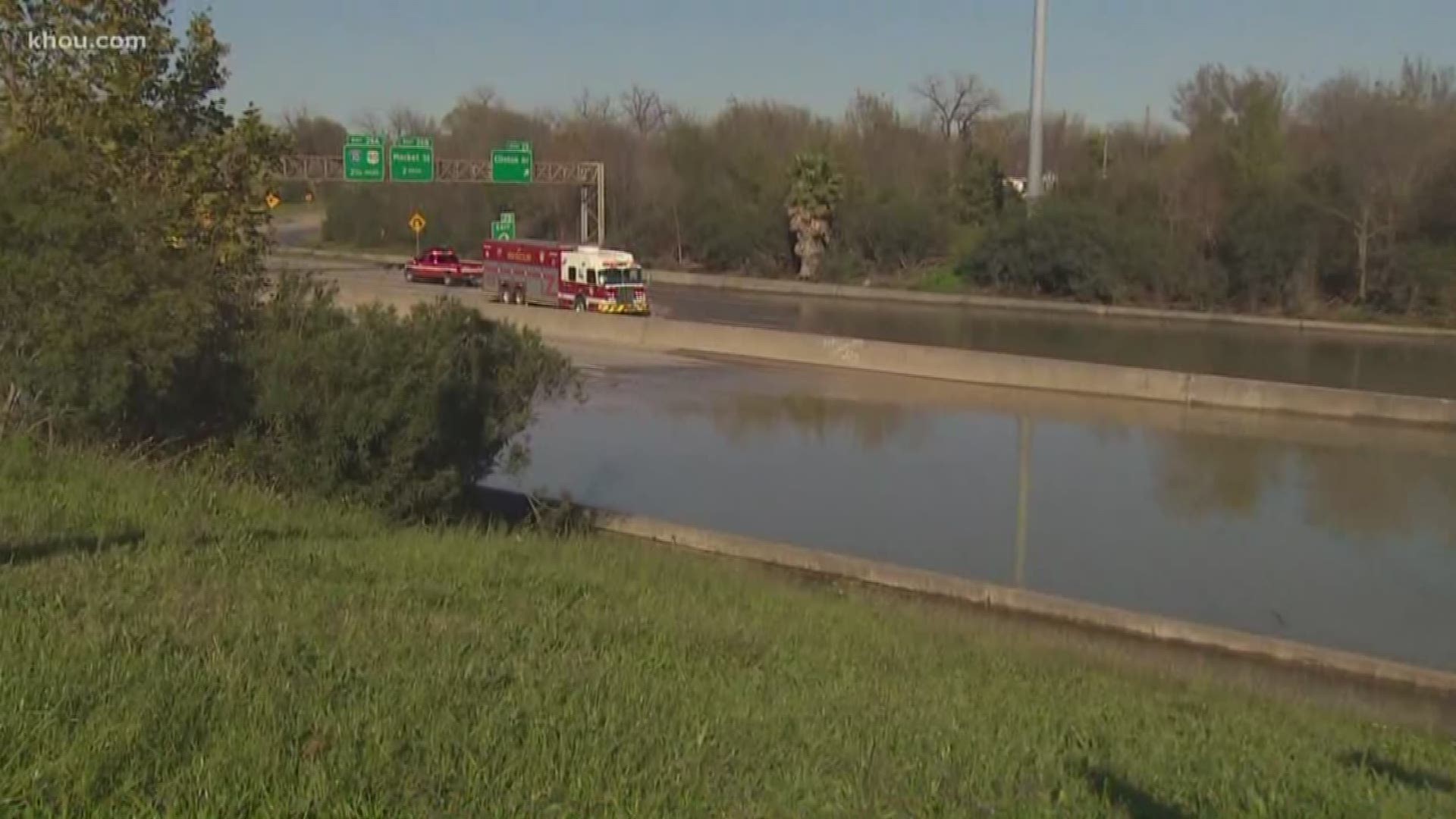 HOUSTON — There was chaos in Houston Thursday when an eight-foot water line burst, causing a widespread water outage.

Hospitals, fire stations and schools were among those affected by low or no water pressure.

The whole mess started around noon when a contractor was doing exploratory work for a City of Houston water line project.

"When soil was moved from the line, the 96-inch water line burst," according to AlertHouston.

RELATED: Houston mayor recommends boiling water for the next 24 hours due to water main break

The rushing water quickly flooded the 610/East Loop near Clinton and threatened nearby homes.

The main trunk line serves over 50-percent of the City of Houston. It's been in place for 35 years, according to Sheriff Ed Gonzalez.

A few hours after the line burst, workers were able to isolate it on both ends.

"Until it fully drains, it will continue to spew out water although at a diminishing rate," Mayor Turner said.

The city said they will pay for the repairs.

Houston Public Works is reviewing the incident, which they are calling an accident, and said the damaged pipe will tell them a lot about what happened.

It will likely be late Thursday before the repairs are completed, according to Turner.

The City of Houston asked all residents to conserve water as much as possible.