How flooding is impacting Houstonians' insurance

It’s déjà vu for many Houstonians cleaning up, some for the fifth time in two years, after Wednesday’s flooding. 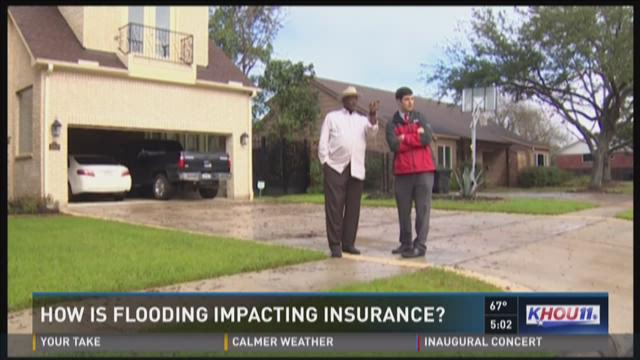 It’s cleanup day for some Houstonians dealing with flooding in their homes once again after Wednesday’s storms.

Even though no disaster declaration has been made, some homeowners could still be dealing with FEMA.

One man in the Meyerland neighborhood in southwest Houston had his home flooded for the fifth time in just a couple of years on Wednesday. Now he and others are facing cleanup, insurance paperwork, and possibly, more money than expected out of their pocket.

On Thursday, KHOU sat down with Steve Davis, the owner of GBS Insurance Agency in Bellaire. He and other insurers act as middlemen for FEMA’s flood insurance program. Davis says after a homeowner has filed four flood-related claims in a 10-year period, FEMA has the option of directly managing that insurance policy, instead of private insurers like Davis.

“FEMA can come in and say, ‘We’re taking hold of your policy,’” Davis said. “’You’re no longer going to be with one of these service providers. We want you closer to us.’”

Davis says FEMA could then ask the homeowner to raise their house, or it could even be taken down and bought out. He also says the insurance rates will be higher.

“They’re looking at it and saying, ‘Are we better off spending the money and giving some grant money, or making a low interest loan available for the house to be raised up or razed, taken down, and bought out?’” Davis said.

Morris Overstreet, who’s lived in Meyerland since 2009, rebuilt and raised his house 7 feet after the Memorial Day floods filled it with several feet of water.

Overstreet says while he’s grateful water only got up to his front steps on Wednesday, neither he nor his neighbors are satisfied with FEMA’s insurance process.

“What FEMA said in essence, ‘Well you didn’t have any damage on your second floor,’” said Overstreet, referring to his conversation with the agency the Memorial Day floods. “Well, you’re right, but what good is the second floor to me if the first floor is wiped out? So you never get 100 percent.”

Overstreet says raising an older house costs between $150,000 to $200,000. Overstreet said he and his wife ultimately decided to rebuild because they had wanted to remodel anyway, and they had not yet put much equity into their home.

However, Overstreet says a lot of his neighbors already have put so much money into their homes, they don’t want to tear down and start from zero.

Davis recommends people living in an “AE” high risk flood zone whose homes are higher than base flood elevation get an elevation certificate. He says he saw one homeowner save nearly $2,000 in premiums by having that certificate.