Plumbers needed: Many Houstonians hitting a dead end trying to get their water pipes fixed

Many plumbing companies have been overwhelmed with calls and are booked through the first week of March, which means people could be without water for another week. 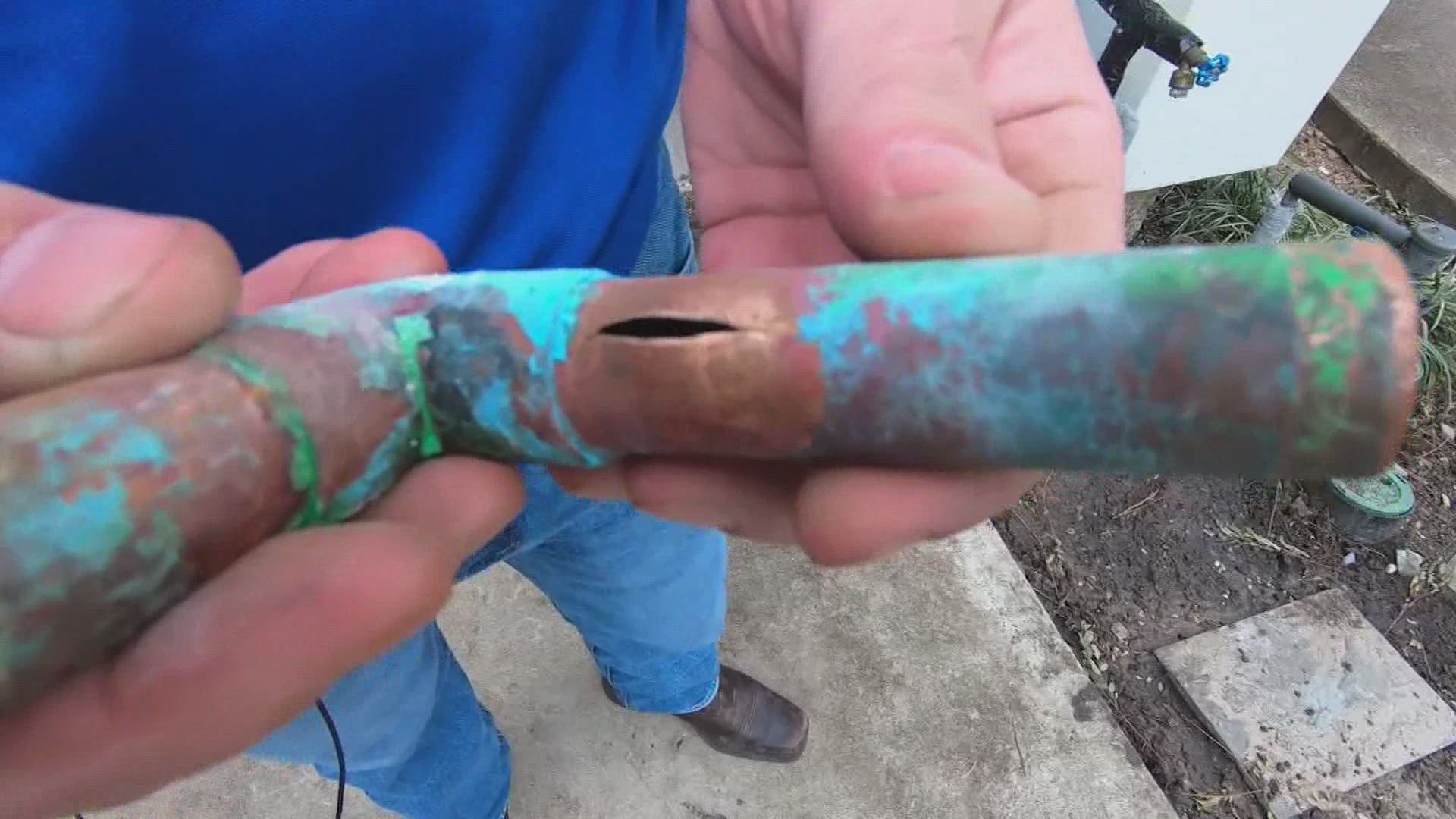 HOUSTON — For many in the Houston area, boil water notices have been lifted.

RELATED: LIST: Here's where boil water notices are still in effect across the Houston area

However, a lot of people are still without water as they wait for plumbers to fix burst pipes.

Sharon Fleming, who lives in west Houston, says getting someone to repair a burst pipe outside her home has been as trying as the weather event that caused it.

Michael Villasana with Village Plumbing and Air says they’ve gotten 20,000 calls about burst pipes in the last few days. He says most plumbing companies are already booked until the first week of March.

As frustrating as it is, he says the only option at this point is getting on a plumber’s waitlist.

Villasana also shared tips on what you can do in the meantime.

“Try to get the water shut off to the house if you’re able to. Contact your insurance immediately. See if you can get an adjuster out there. It’s just a waiting game for right now,” he said.

If the leak is outside your home, he says you can turn on your water long enough to fill up a bucket. He also says it’s important to lean on neighbors who do have water until the crisis is over.

With no luck reaching a plumber by phone, Fleming resorted to flagging a plumber down on her street. She’s hopeful he’ll return to help her on Wednesday, but it will be a rough few days waiting.

“We’ve gone back to using our pool water. Luckily, we had a jug of iced tea so we’re using that to wash dishes,” Fleming said.