How an electric car boom could impact Houston

A report from Environment Texas expects there to be 65,000 electric vehicles in Houston by 2030 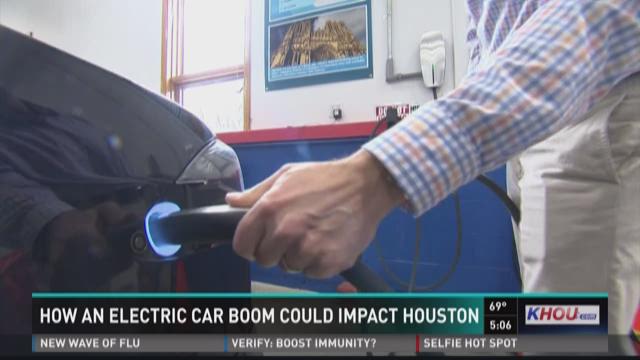 HOUSTON – A report released Monday projects a dramatic shift in the number of electric vehicles that will be on Houston roads in the near future.

The Environment Texas report expects there will be 65,000 of those vehicles in Houston by 2030. The environmental advocacy group’s report is based on data from the National Renewable Energy Laboratory.

There were only 8,500 electric cars registered in the whole state of Texas in 2016, according to DMV statistics.

Environment Texas believes Houston will need more than 2,000 additional charging stations to keep up with the trend.

“Where we really need to place our emphasis is on infrastructure, building out the capacities so that people can feel secure when they’re driving their electric vehicles around Houston,” said Dominic Boyer, director of the Rice Center for Energy and Environmental Research in the Human Sciences.

They plan to apply for grants that would help pay for more electric cars and charging stations across the city.

Unfortunately, the city also has to replace some charging stations that were lost during Hurricane Harvey.