The restaurant made the announcement on its website over the weekend. 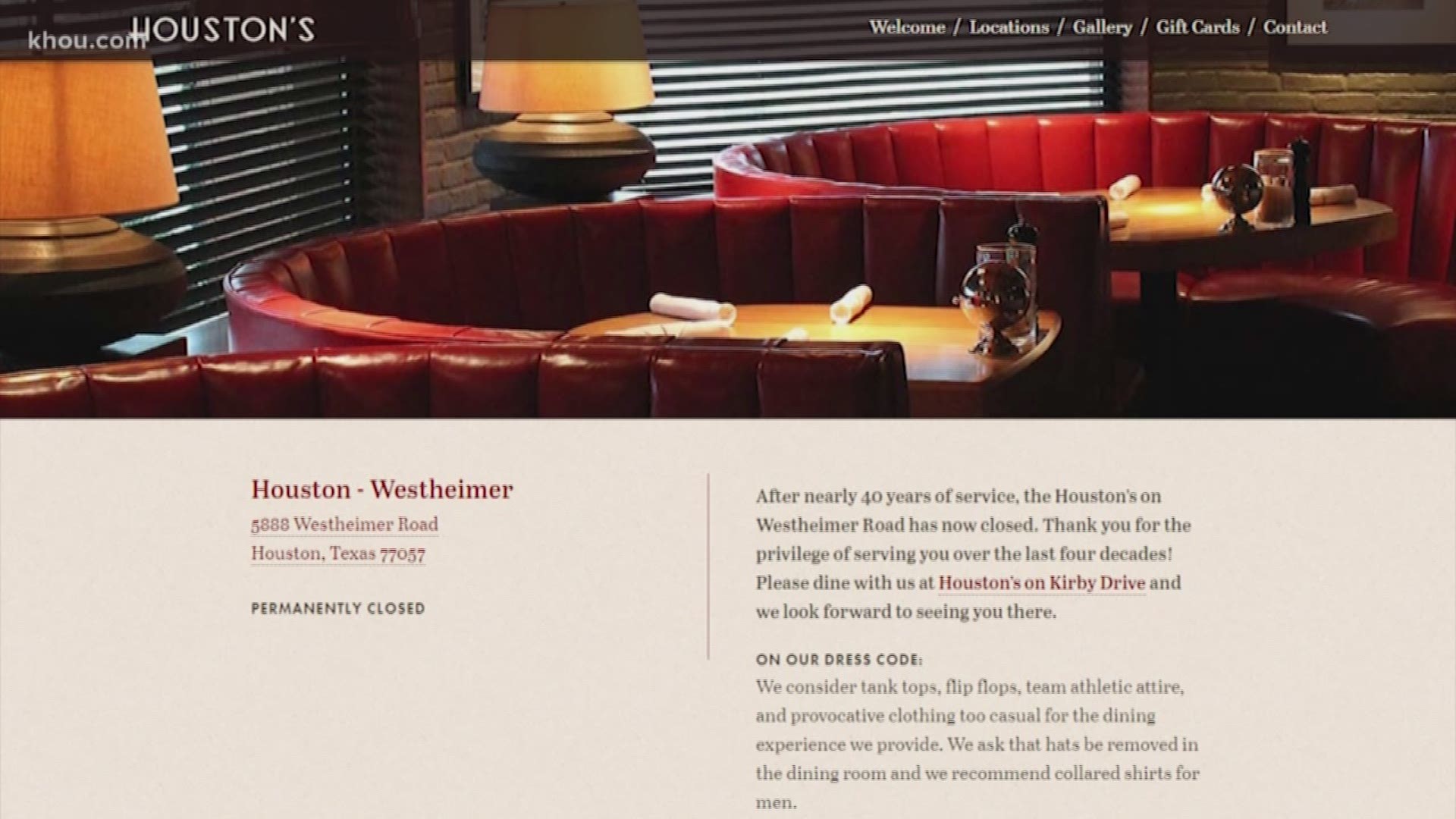 HOUSTON — The upscale California-based Houston's Restaurant chain closed one of its two locations in the Houston area over the weekend.

The restaurant's owner, Hillstone, posted the following message on its website:

"After nearly 40 years of service, the Houston’s on Westheimer Road has now closed. Thank you for the privilege of serving you over the last four decades! Please dine with us at Houston’s on Kirby Drive and we look forward to seeing you there."

A reason for the closure was not given.

Houston's has dozens of locations across the United States, although several years ago Hillstone renamed many of the restaurants. For instance, the location in Austin is now known as Bartlett's. In Dallas, one Houston's retains its original name while another changed to Hillstone.

At the time of the rebranding, there was speculation that the company was trying to avoid being labeled as a "chain restaurant" so it didn't have to put calorie and nutrition information on its menus.