“He is the definition of an American hero,” Ellen said when introducing Mack, the furniture store owner with a heart as big as Texas. 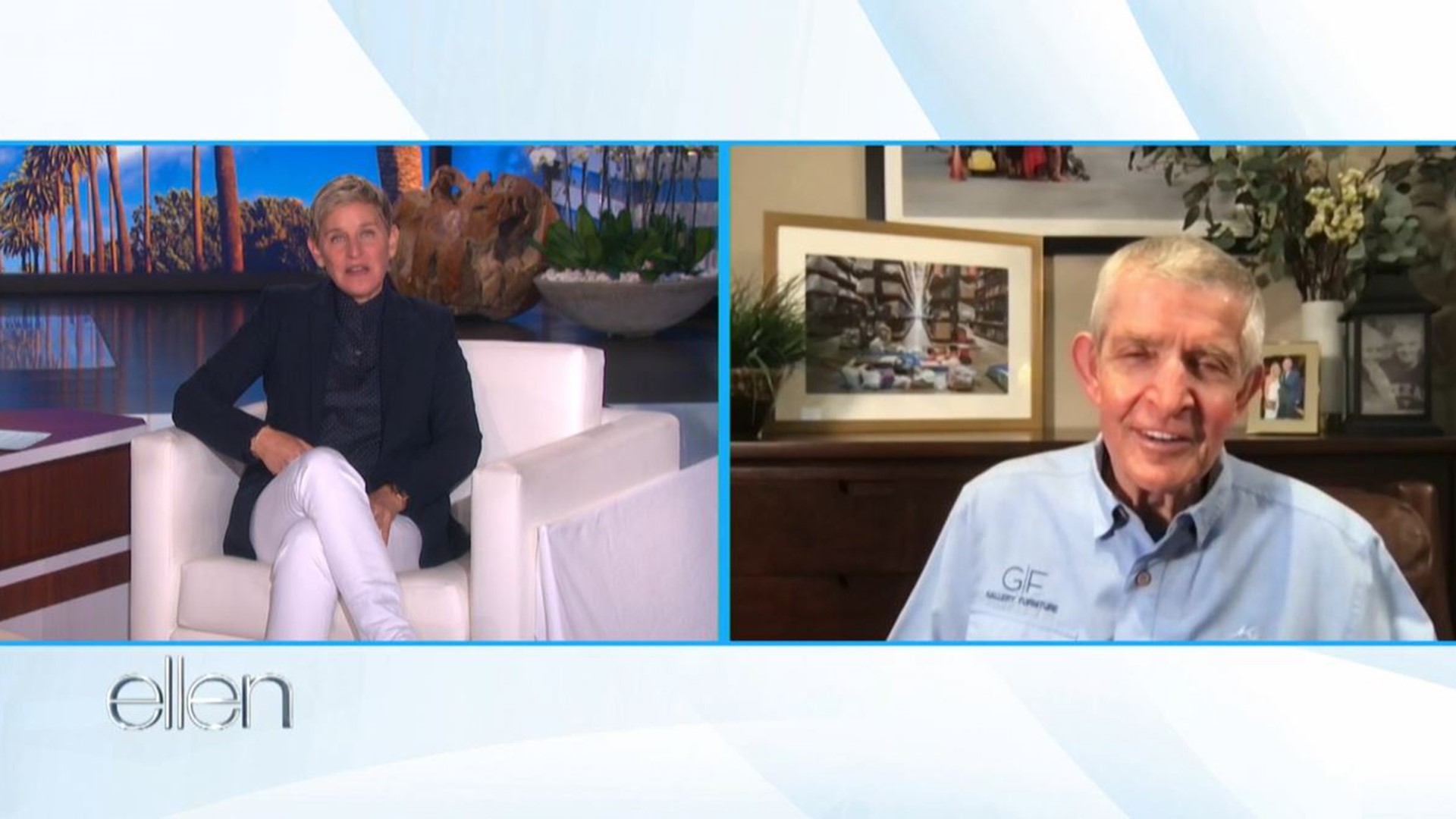 HOUSTON — It’s no secret around these parts that Mattress Mack is an angel on earth who always steps up when the community needs him. Now he’s being recognized on a national stage.

Mack was honored by Ellen DeGeneres Wednesday on "The Ellen Show."

“He is the definition of an American hero,” Ellen said when introducing Mack, the owner of Gallery Furniture, philanthropist and Houston icon.

"I was a bit starstruck to be on "The Ellen Show" to be honest with you. I was really nervous but I made it through," Mack told us after the show aired on KHOU 11.

When Ellen and her team heard how he opened his northside furniture store as a warming center during last week's winter storm, they wanted to meet him.

“We knew that Sunday night was gonna be rough, and it was,” Mack told Ellen in the segment taped Tuesday. “We woke up Monday and there was snow and ice everywhere, which is really foreign to Texas.”

The bitter cold left millions without power so Mack called Mayor Sylvester Turner and offered to feed and shelter as many as he could.

“When my people are dying and freezing, I am going to take care of them,” he told the New York Times.

Over the next three days, thousands of grateful people went to the store to warm up and enjoy free meals. A few hundred of them spent the night.

Since then, Mack has hosted a food drive and handed out hundreds of bottles of water at his store.

Mattress Mack opened up his store to hundreds of Texans who were without power and heat after the deadly wintry weather hit our area. "Tough times never last, tough Texans do," the hero says. ❤️ pic.twitter.com/rSTVzPPSSS

Mack did the same thing after Hurricane Harvey floodwaters chased thousands of people from their homes.

He told Ellen that when people are hurting, he believes it’s his responsibility to step up and help in any way he can.

“My parents taught me when I was a little child that the essence of living is giving. We’ve always had a saying here at Gallery Furniture that we have a responsibility for the world being a community and if something bad happens, we want to be one of the first businesses to act.”

Mack told Ellen the crisis is far from over so he hosted a food drive at his store on Tuesday and set up a Winter Storm fundraiser on gofundme.com account to help storm victims recover.

She presented him with a $20,000 donation from Shutterfly.

Ellen, who sent her love to the people of Texas, also gave a shout out to HEB for donating $1 million to Feeding Texas to help food banks across the state.

"HEB is a grocery store chain committed to taking care of Texans," Ellen said. "They say everything is bigger in Texas. It is. Even the checks."

HEB made headlines last week when a store manager allowed customers to leave with carts full of groceries after a power outage shut down their credit card machines.