National Day of Remembrance will be held Sunday, Sept. 22 at Crime Stoppers of Houston from 6 p.m. to 8 p.m. 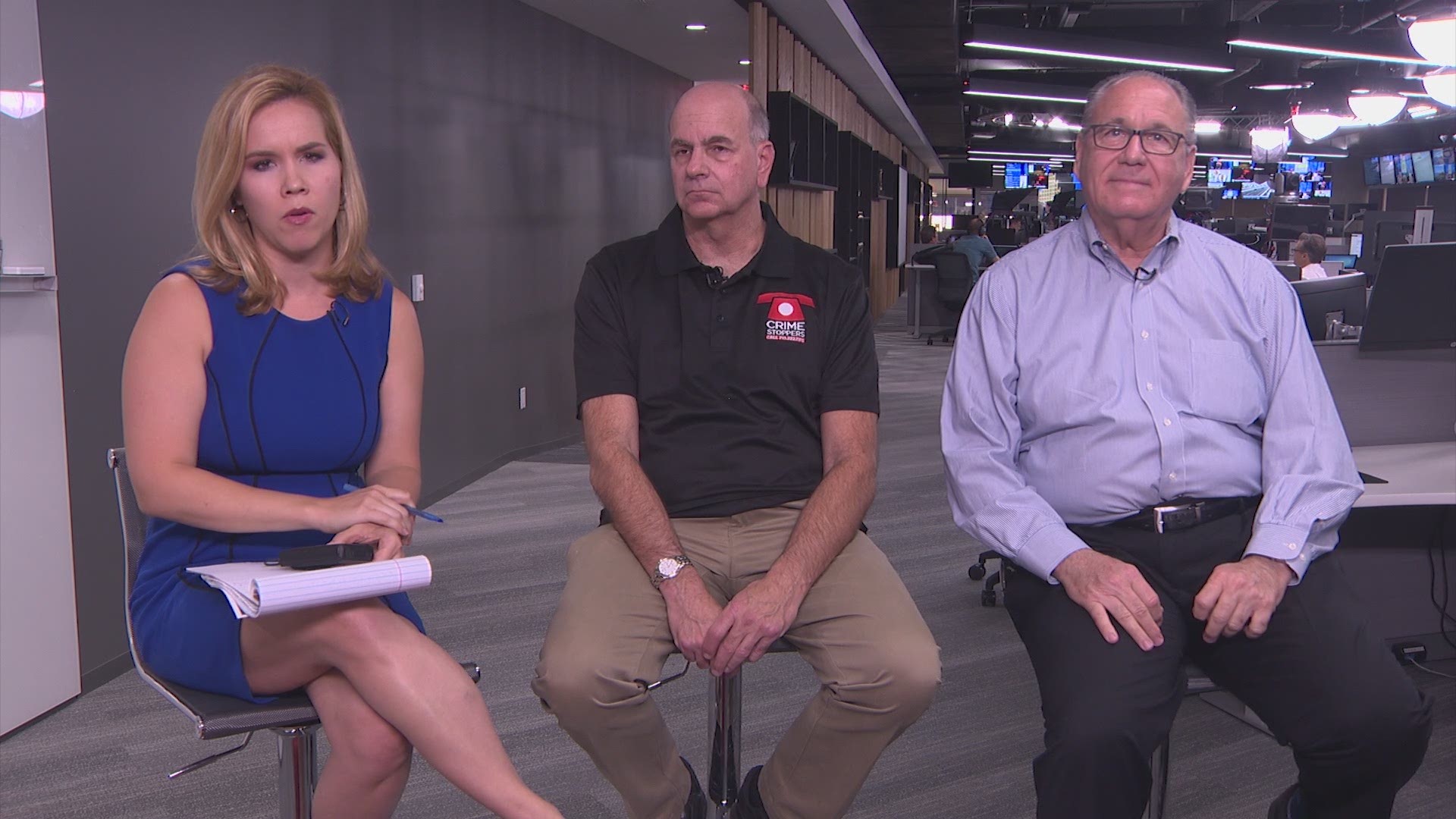 We all read the headlines, but how often do you stop and think about the families across Houston who have lost loved ones to crime?

This Sunday, Crime Stoppers of Houston is hoping to raise awareness. It’s hosting a National Day of Remembrance from 6 p.m. to 8 p.m.

“I’ll never get over it. I try to get through it,” said David Schwartz, a father who lost his son.

Douglas Schwartz, 20, was murdered in 1994 along with Eric Heidbreder, 19. It wasn’t until 2017 the suspect, Chiron Francis, was extradited from Venezuela and sentenced to 75 years in prison.

“I still have footage of us going door to door, trying to find the person who murdered your son and Eric Heidbreder,” said Andy Kahan, Director of Victims Services for Crime Stoppers. “What I find most engaging about you and Debbie and your family is your perseverance.”

Schwartz said he never would have made it through all those years without the support advocates like Kahan and the Houston chapter of Parents of Murdered Children.

“Everybody is there for the same purpose. They have all experienced something tragic. You can talk openly,” Schwartz said. “You learn a lot about the judicial system, people who have been to court help new people who come in, what to do, what to expect.”

Schwartz will be there Sunday to stand with other victims' families as the name of every person murdered in Houston last year is read.

“I’ve heard it as a little kid, a parent should never bury a child. When you are 5 and 6, and 10 and 15, you never understand what that means until it happens to you,” Schwartz said.

Families who lost loved ones are asked to bring a picture to Sunday’s ceremony so they can be honored.

“We are bringing together families who have lost loved ones to homicide and showing that there is a community out there that truly cares for them,” Kahan said.

National Day of Remembrance began in 2007 as a way to commemorate survivors who have lost loved ones to homicide.